MOVE over Chelsea, there’s a new bunch of kids in town.

Stamford Bridge has been the breeding ground for the best young talent coming through in England, but Liverpool now boast a crop ready set the world alight. 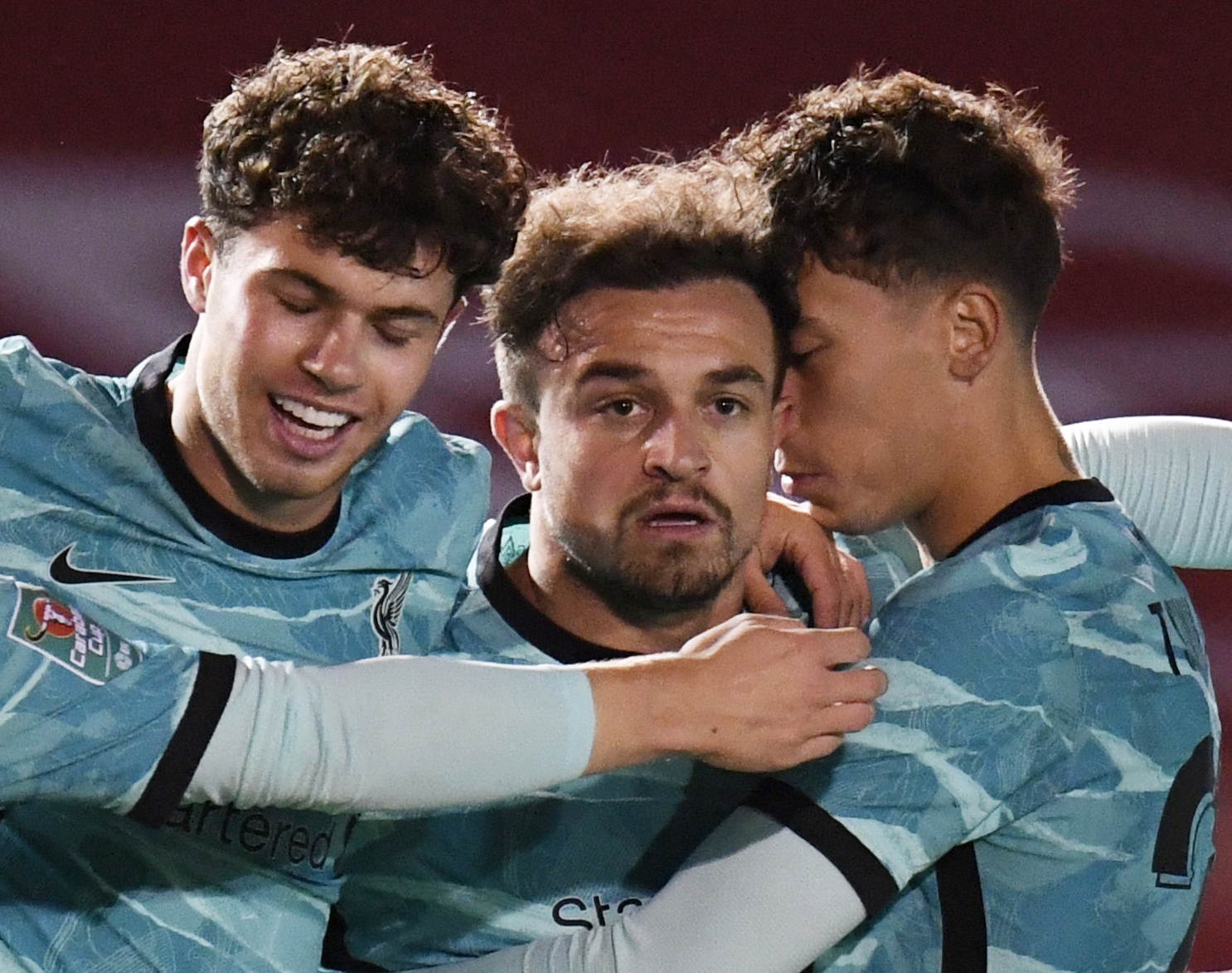 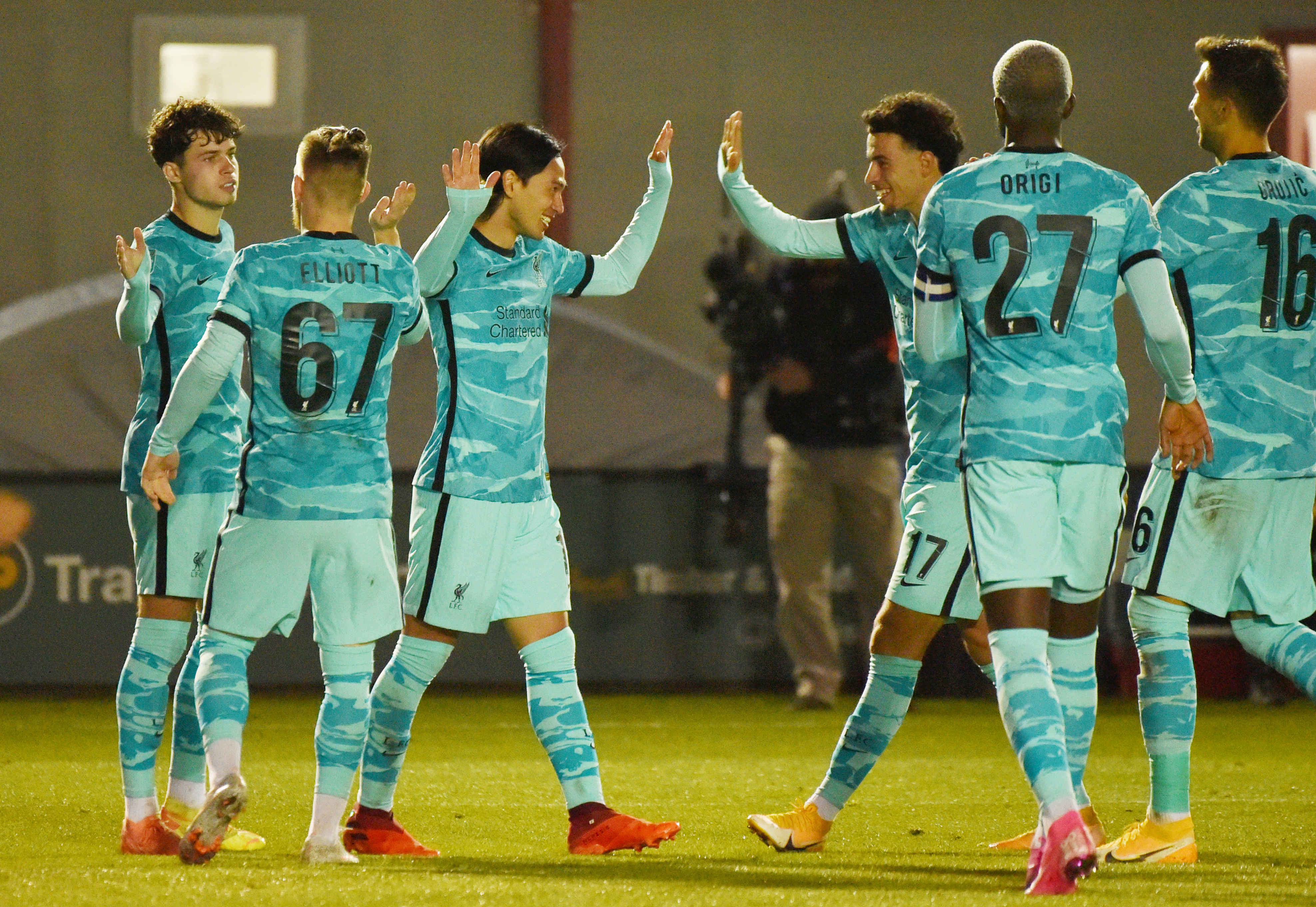 Jurgen Klopp watched on as his dazzling youngsters turned on the style to seal a fourth round clash with Arsenal and Mikel Arteta is sure to be a worried man on the evidence of this display.

It was men against boys – and youth came out on top.

Imps boss Michael Appleton had instructed his players to get stuck into the champions, to unsettle them and show them what senior football is all about.

The trouble is they just couldn’t get close enough to Liverpool to put their foot in.

Before the Anfield club splashed out on Thiago and Diogo Jota last week there had been claims from outside the club that there wasn’t enough strength in depth on Merseyside. Don’t believe a word of it.

For jostling in line for a place in Klopp’s Premier League plans is a group full of quality right across the pitch – from debut-making 19-year-old Rhys Williams to Harvey Elliott two years his junior.

And right now perhaps the best of the bunch is Curtis Jones, the local lad who has already started to make strides into the first team picture at Anfield. 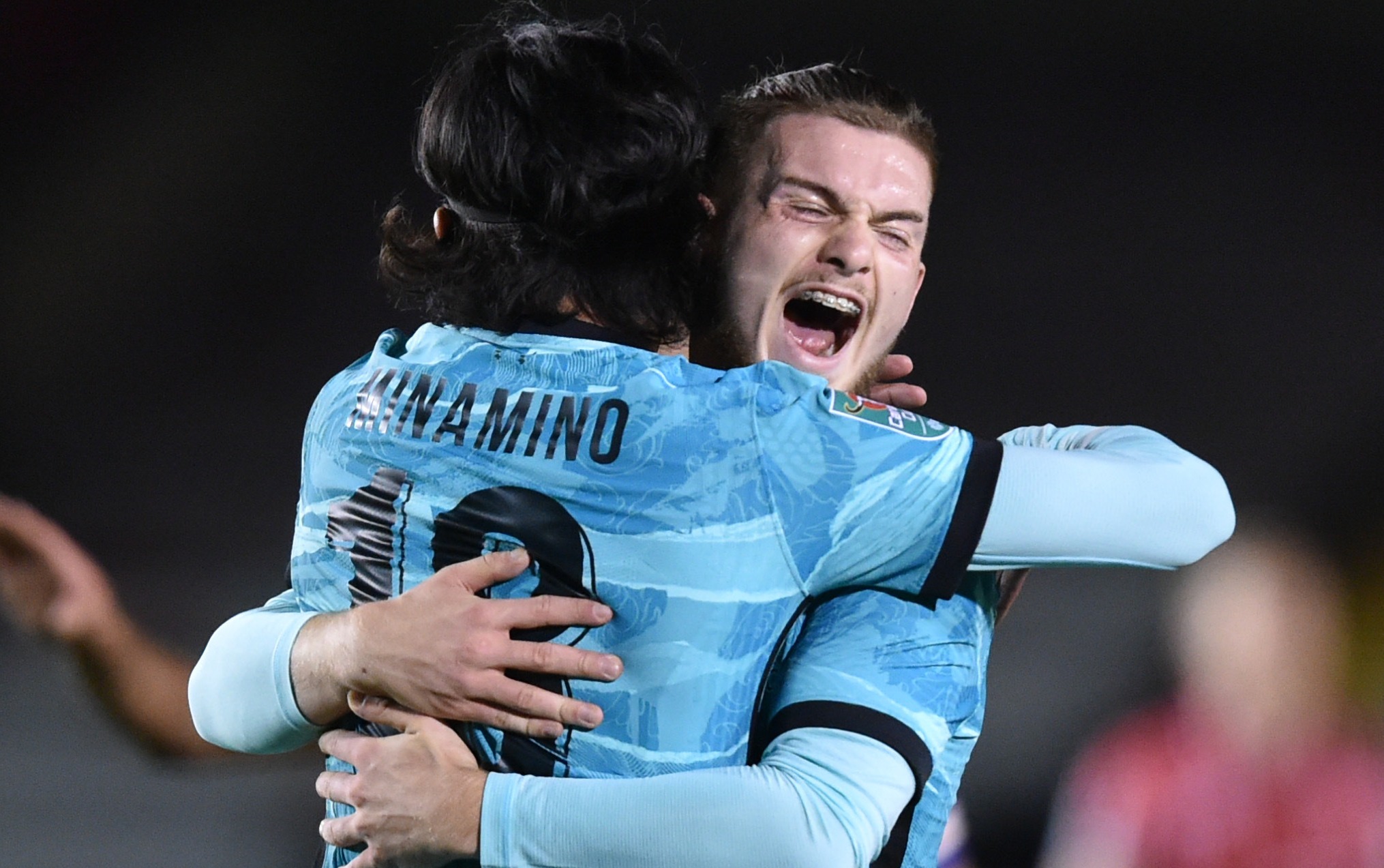 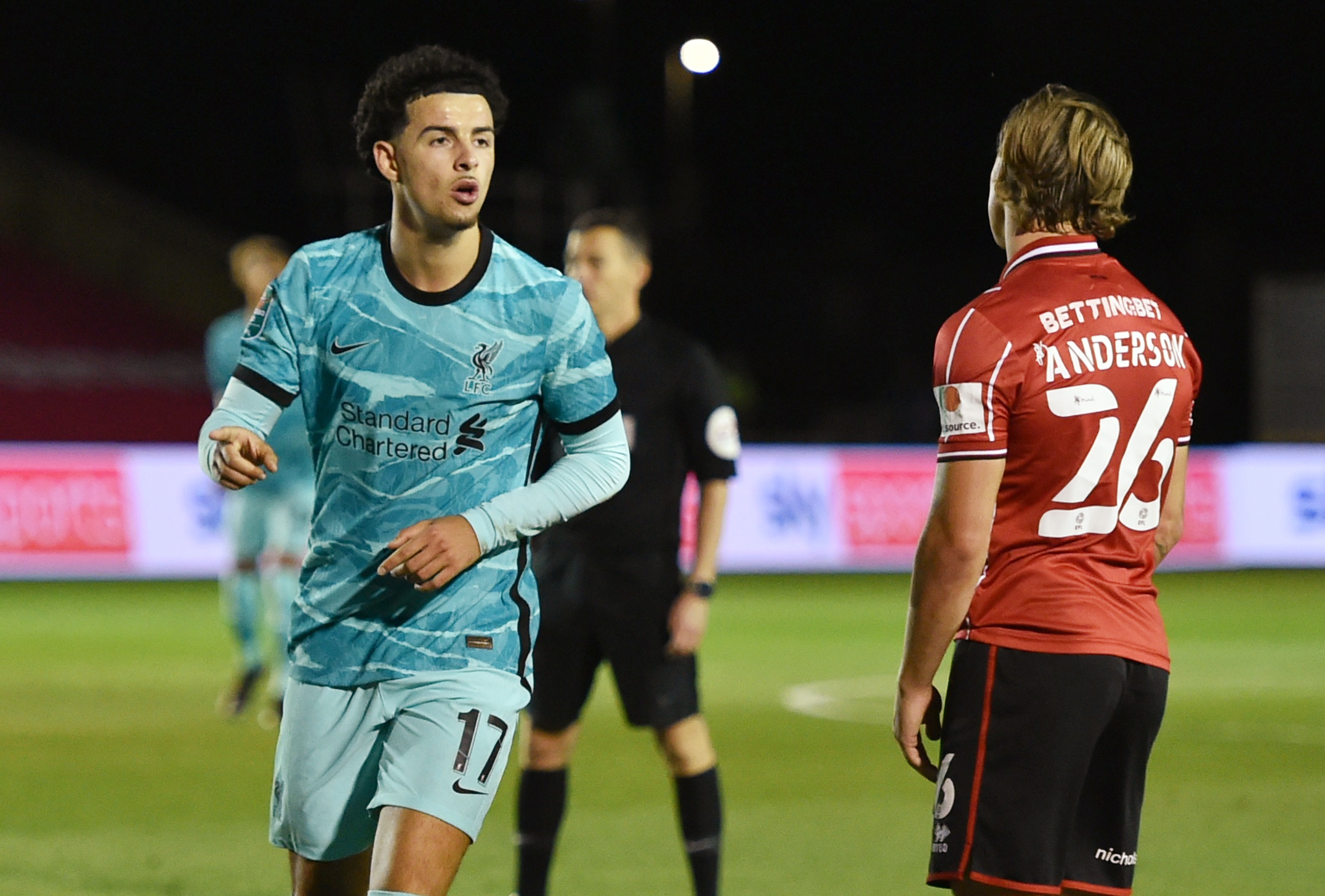 The 19-year-old looks to have the kind of footballing brain only the best possess, and his ability on the ball is just as good.

He scored a brilliant double to put the Imps to the sword to cap a wonderful individual display which will surely give his manager food for thought as he tries to plot his way through the congested fixture list.

It was actually a golden oldie who set Liverpool on their way – Xherdan Shaqiri sending a ninth minute free-kick dipping and curling into the top corner.

At 28, and on the fringes of things now on Merseyside, his time at the club might be nearing an end but it was vintage Shaqiri providing a reminder of the quality he possesses in his left foot. 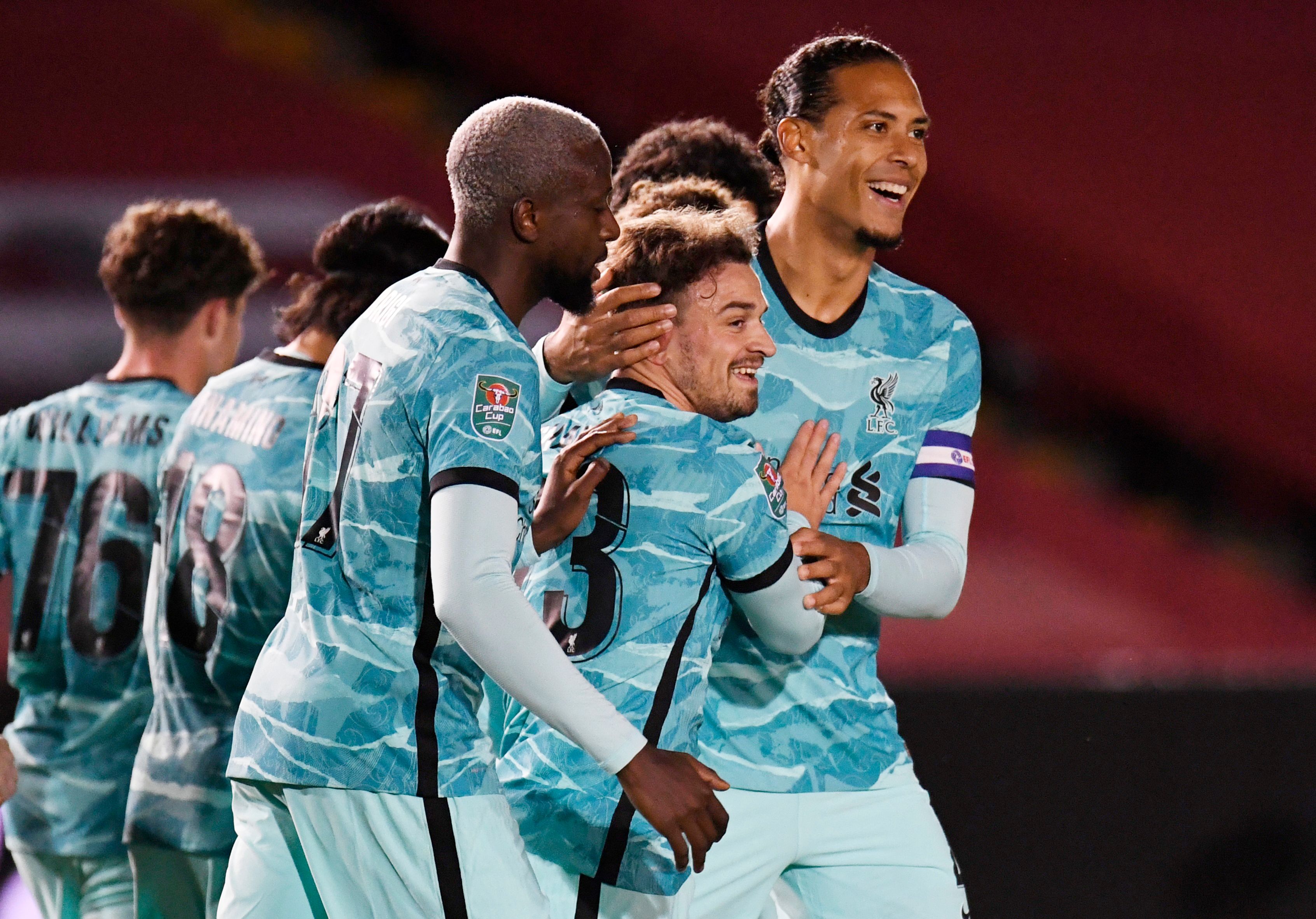 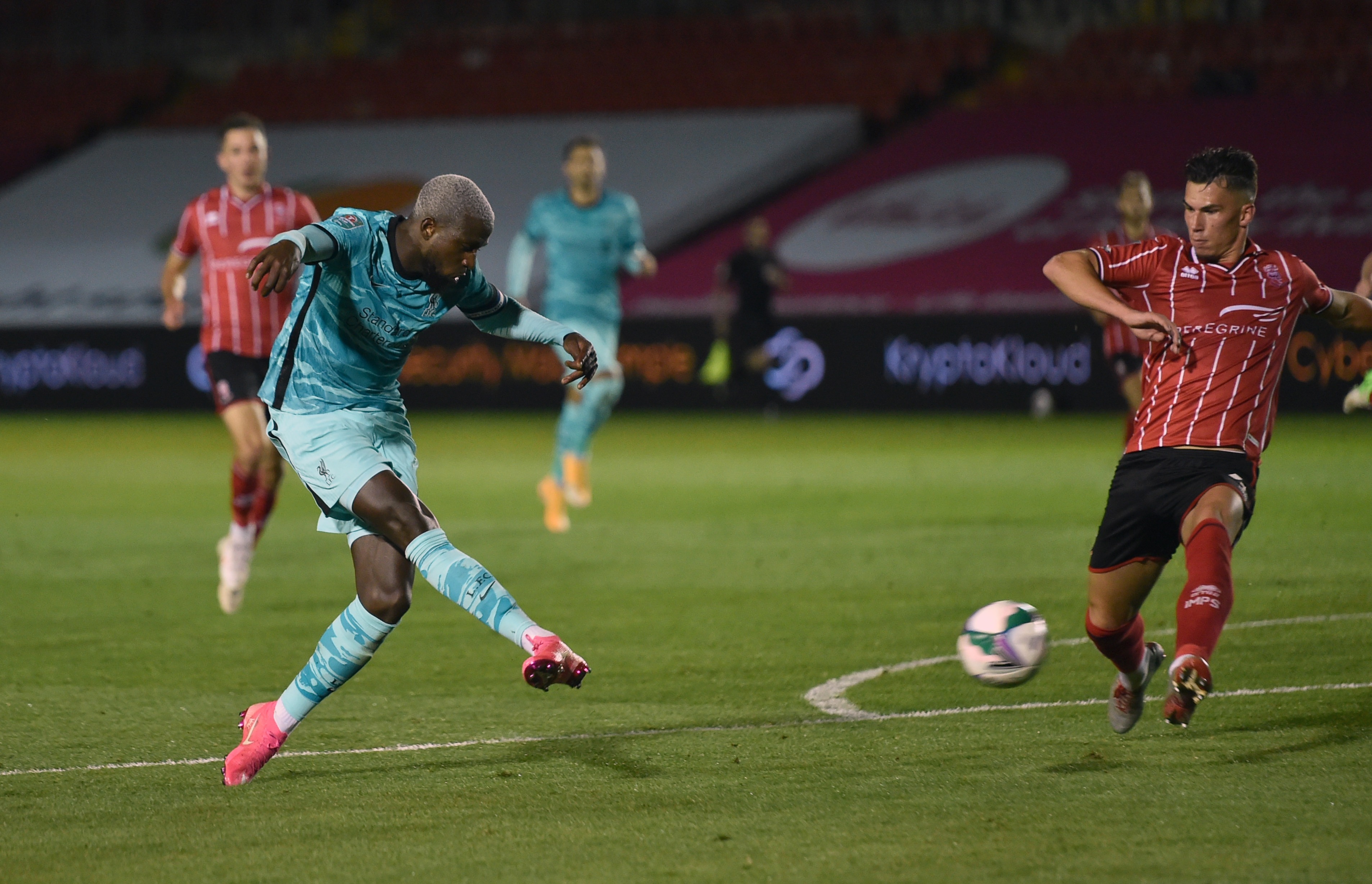 And he did his chances no harm with an emphatic finish to double the lead on 18 minutes as Lincoln were overrun.

Then up stepped Jones to stamp his mark on the game, firing his first by controlling a Divock Origi knock-down before whipping a shot into the top corner on 32 minutes.

Barely three minutes had passed before the teenager struck his second, and though it was aided by a deflection, the swivel of the hips to beat his man in the build-up was a joy to behold. 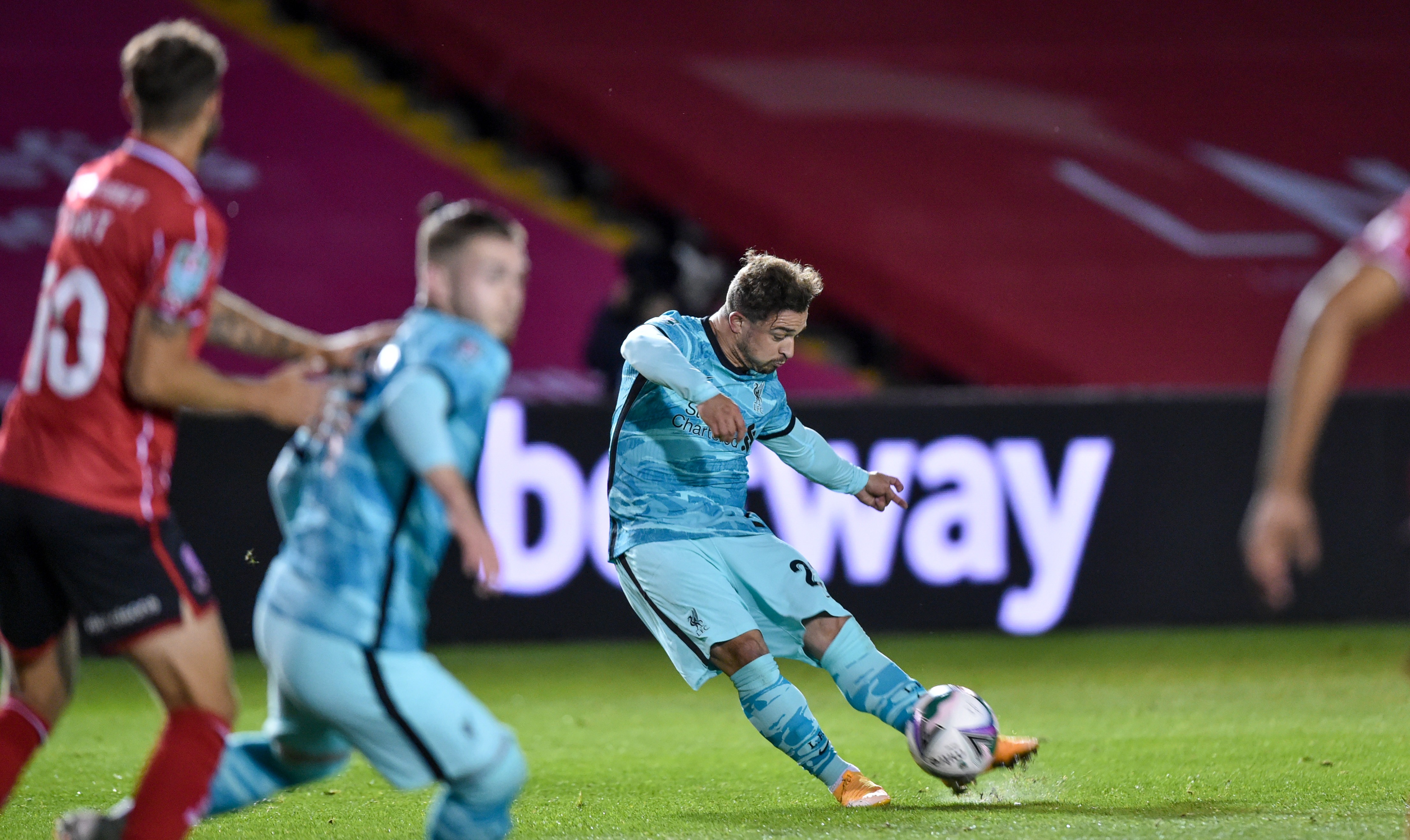 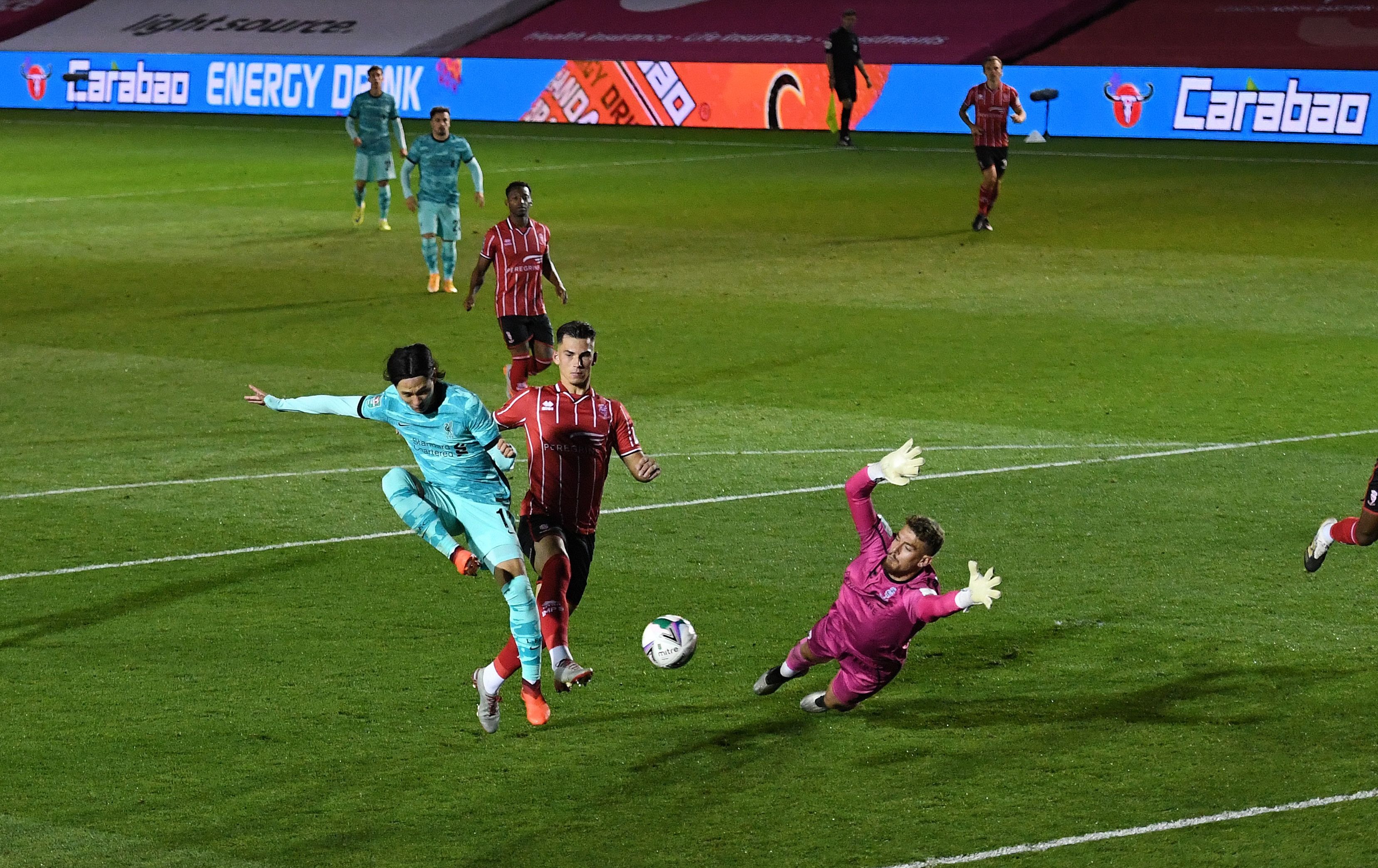 Liverpool were relentless, and they added a fifth within 20 seconds of the second half starting, Minamino following up after Elliott had been denied by keeper Alex Palmer.

This mad match wasn’t finished there, though as Tayo Edun pulled a goal back to the delight of those home supporters lucky enough to be in the LNER Stadium.

Marko Grujic fired a sixth for Liverpool on 65 minutes, but seconds later Lincoln found a second goal as Lewis Montsma headed in off the underside of the bar.

Jota then came off the bench for his debut following his £41million move from Wolves and saw a low drive just pass the wrong side of the post.

Origi made it seven with two minutes left, racing away on the break to shoot into the bottom corner.