The Bayern Munich turned on the style as the Germans thumped Benfica 5-2 on Tuesday night. 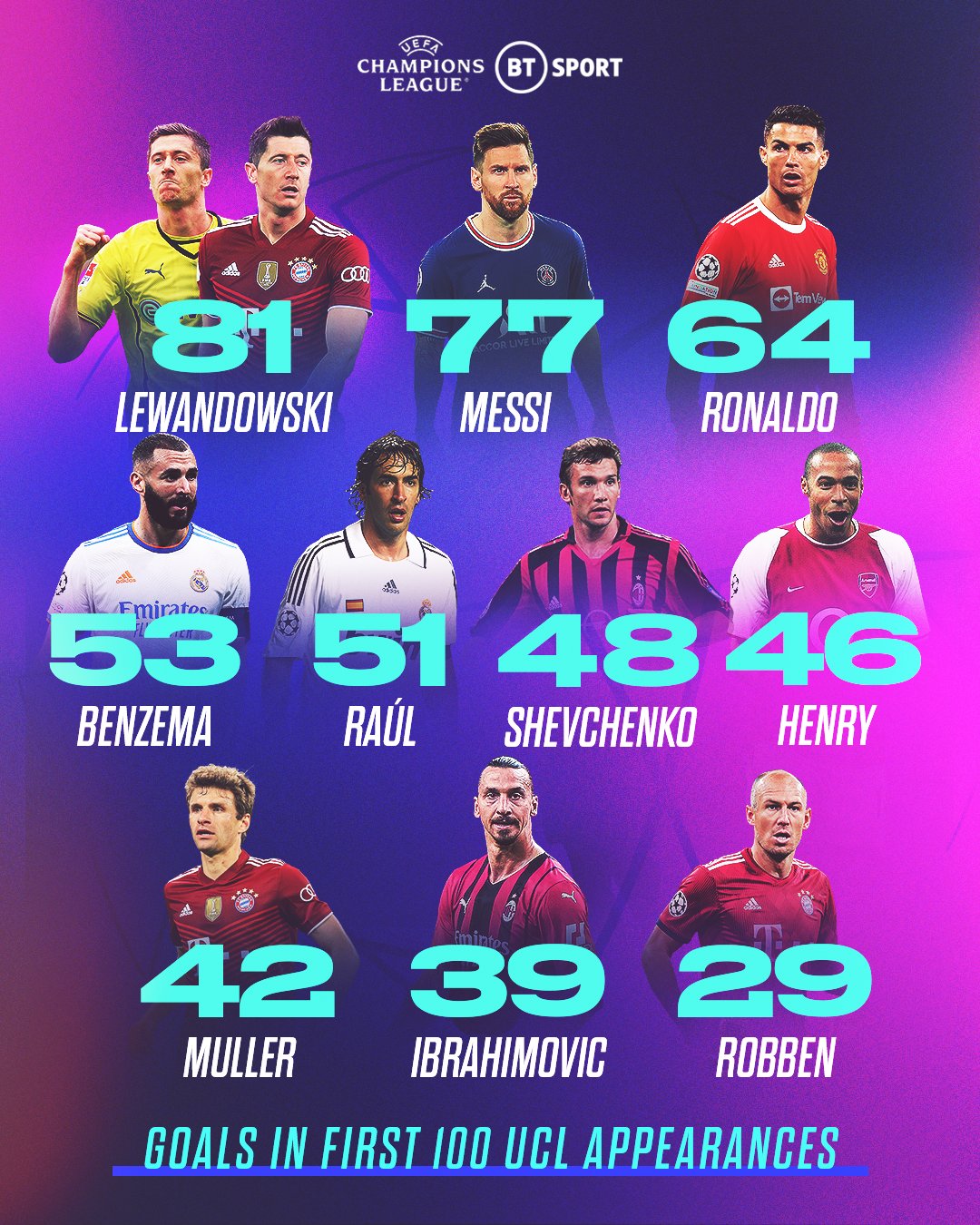 Lewandowski helped himself to a hat-trick in his 100th appearance in Europe's elite club competition.

His first was a back-post header before two delicate dinked finishes – and he could have had more.

The goal machine and Ballon d'Or hopeful unselfishly set up Serge Gnabry's cheeky flick and then fluffed his lines from the penalty spot with his tame effort easily saved.

But nevertheless, the treble took his total to a remarkable 81 goals in his first 100 Champions League games.

And that crushes the number Messi or Ronaldo managed.

Messi returned an impressive 77 goals from his first ton of matches while Ronaldo was 13 back on 64.

However, the top order is reversed for total goals in the Champions League.

Ronaldo, fresh from his double to rescue Manchester United against Atalanta, leads the way on an all-time record 140 from 184 appearances, again the most of anyone in the competition's history.

Of those 81 Champions League goals, 17 came for Borussia Dortmund – including four against Real Madrid to help book Jurgen Klopp's side a place in the 2013 final.

He then joined Bayern a year later for free and has continued his relentless, clinical streak into an eighth season.

And he is in similar form in Europe this term with eight in four games so far and 22 in 16 across all competitions.