LIAM DELAP had a dream Man City debut as the son of Stoke hero Rory scored in the 2-1 win over Bournemouth.

And Phil Foden continued his road to redemption with a Man of the Match display – and a second half winner. 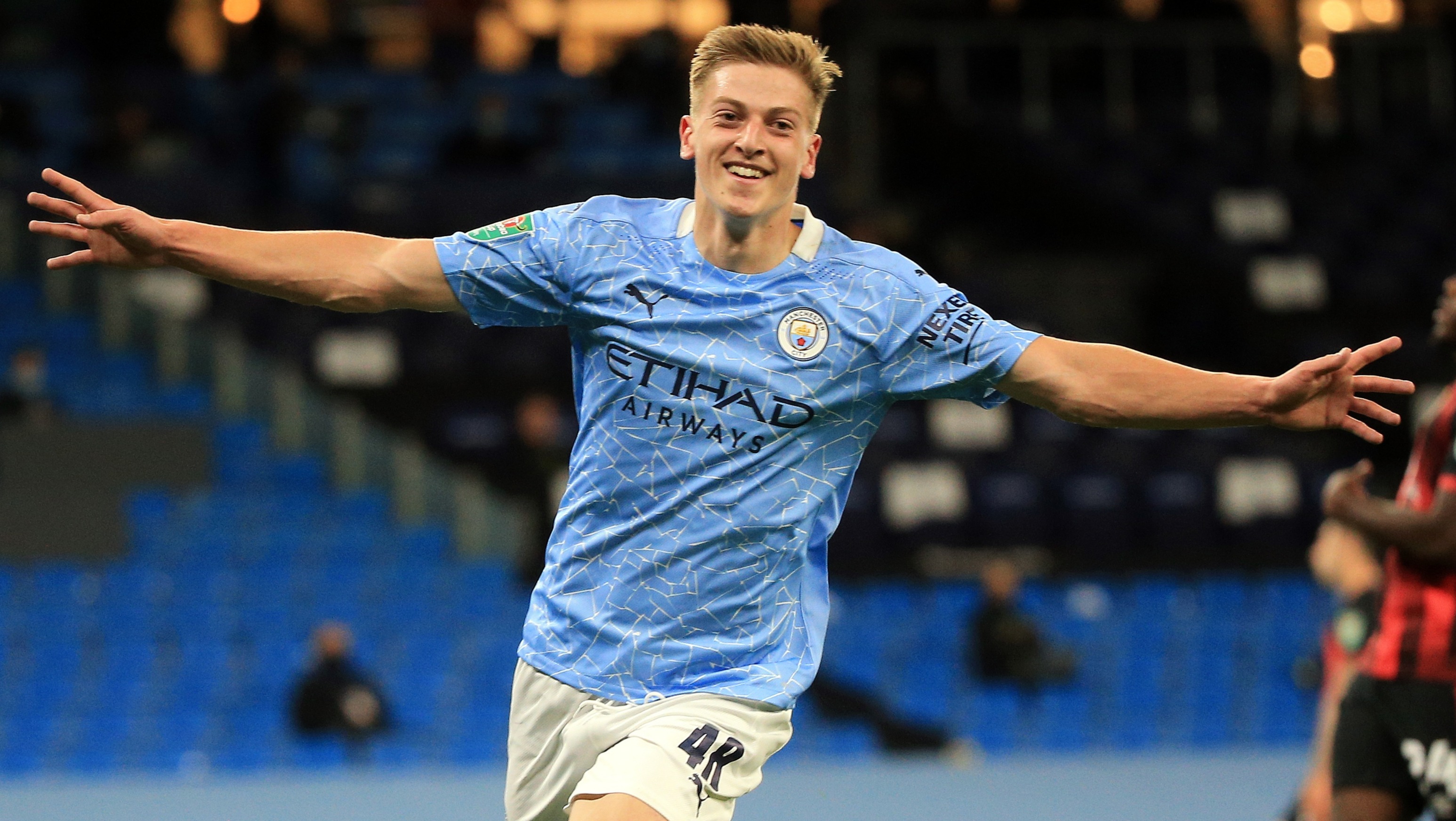 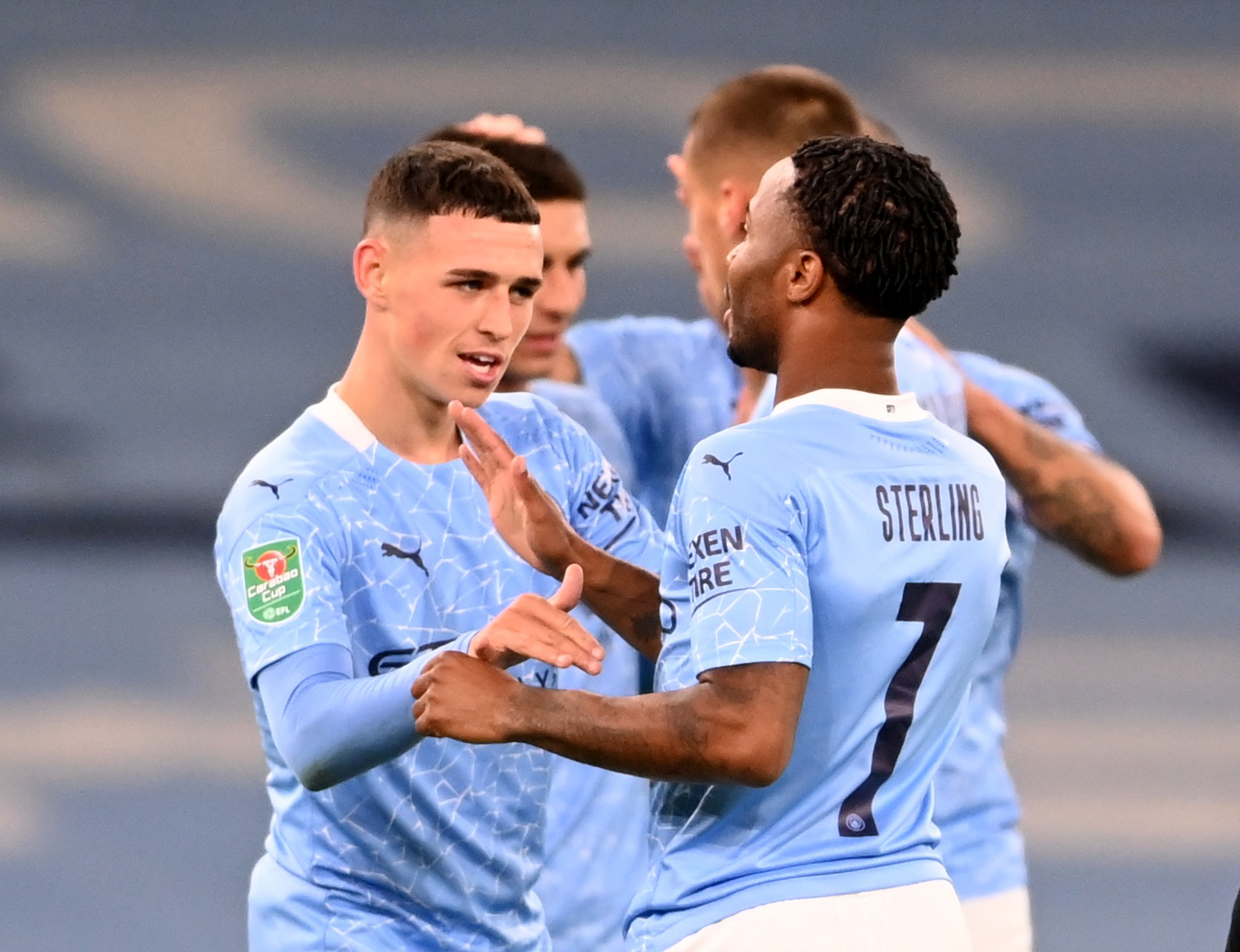 The Manchester City youngster’s season started in nightmare fashion as he was sent home in shame from England duty earlier this month.

But he is determined to make headlines for all the right reasons on the pitch – scoring in their opener at Wolves on Monday.

And he followed that up by creating one and bagging another as Pep Guardiola’s men continued their remarkable Carabao Cup run.

He almost had the show stolen from him by teen striker Delap –whose goal on debut was a real eye-catcher.

But Foden popped up late on to settle it just when the Championship side looked like they might cause an upset.

City won all 10 matches against the Cherries during their five year stay in the top flight – scoring 30 goals in the process.

And Jason Tindall’s men were also up against a team who have not been knocked out of this competition for almost four years.

Since losing at Old Trafford in October 2016, they have gone all the way and lifted the trophy at Wembley for the last three seasons. 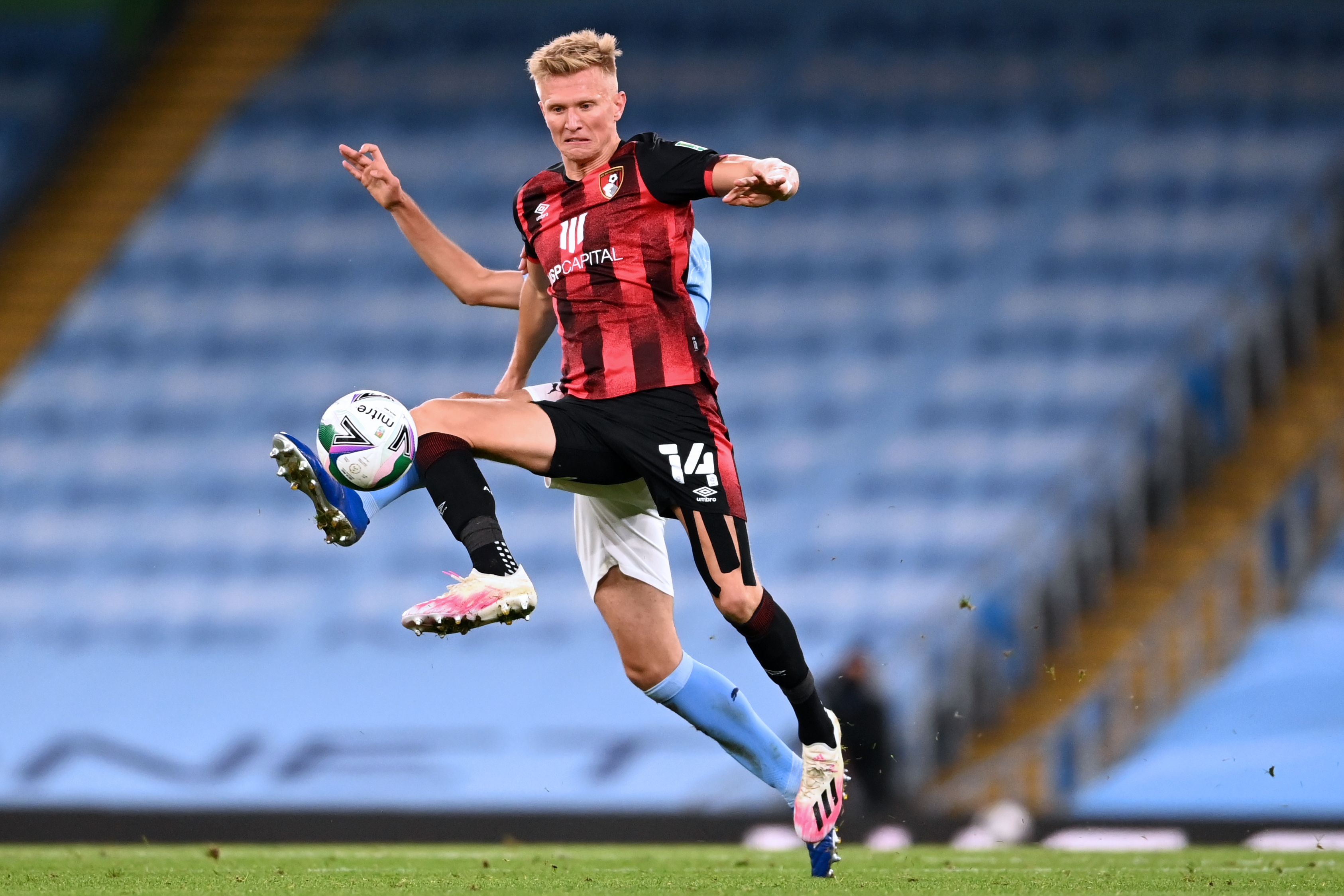 Yet with seven players out injured, Guardiola stuck to his promise of fielding a team largely made up of academy players.

Foden was one of the few to survive from Molineux and his ball over the top found new boy Ferran Torres but he could not lift his shot over visiting keeper Mark Travers.

Another pass from Foden this time landed with Riyad Mahrez who got in behind the Cherries defence but was denied by the legs of the keeper.

The England new boy wasn’t finished there though – and was going through his full repertoire as his inch perfect pass sent Delap clear.

The 17-year-old took a touch before burying his effort in the top corner for a brilliant first goal for his club.

He does not turn 18 until February and became the youngest player to score for the club since January 2013.

The lead lasted only four minutes though as Bournemouth hit back after good work by David Brooks and Dan Gosling.

The equaliser knocked Guardiola’s men out of their stride and they were restricted to long range efforts from Rodri and Mahrez.

Bournemouth are dangerous on the break with Surridge just losing a race with Steffen when he would have been in on goal.

The USA No1, 25,  is clearly good with his feet in and out of the box – exactly the kind of keeper that Guardiola likes to work with.

Surridge had another opening after more good work from Brooks but he took too long and allowed Eric Garcia to make a block.

On the hour mark, Guardiola must have been starting to worry as he threw on Kevin de Bruyne and then Raheem Sterling as the holders were in need of a bit of extra quality.

It was beginning to look like it might be heading for a penalty shoot-out when City finally edged back in front 15 minutes from time.

Mahrez had endured a frustrating night but worked some magic on the edge of the box before firing a low left footed shot which thumped against the post.

Foden was first to react and while his connection was far from perfect his effort looped over Travers into the net.