MANCHESTER UNITED are hoping Cristiano Ronaldo’s close relationship with Zinedine Zidane will be enough to tempt the French legend to take over at the club. 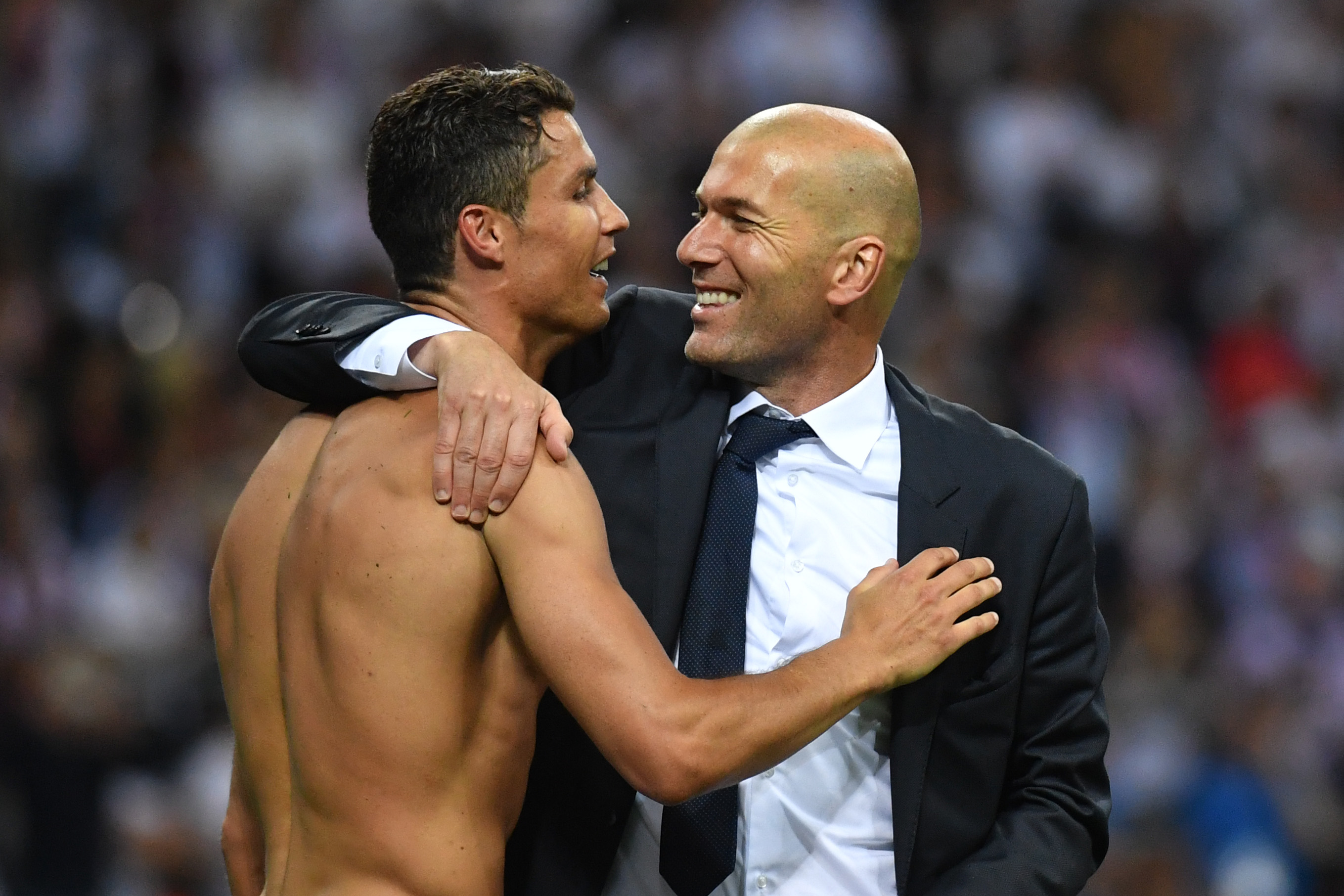 Ronaldo and new United man Raphael Varane won a hatful of trophies during Zidane’s two spells at the Bernabeu between 2016 and May this year.

And the Red Devils are said to be leaning on these ties in a bid to bring the 49-year-old to the Premier League.

Current boss Solskjaer is limping from one game to the next as United languish down in sixth with four defeats already this season.

Their most recent outing came in a dire 2-0 defeat by crosstown rivals Manchester City.

Old Trafford bosses are split over whether or not the Norwegian can turn things around.

They are also understood to be eyeing Leicester manager Brendan Rodgers as a possible replacement.

The Northern Irishman was reported to have been house-hunting in Cheshire amid growing speculation about his future.

Bringing in Zidane midway through the season would be a tricky feat to pull off.

The intense World Cup-winner would prefer to join a club at the start of a new season with time to prepare a squad of his choosing.

The France job is also potentially up for grabs after the 2022 World Cup, although both Ronaldo and Varane would reportedly welcome their former boss with open arms.