ONLY two boxers have fought both Erik Morales and Manny Pacquiao – and David Diaz is one of them.

Diaz stunned many in the American boxing community when he upset the heavily favoured Zab Judah to take a spot at the Atlanta Olympics in 1996. 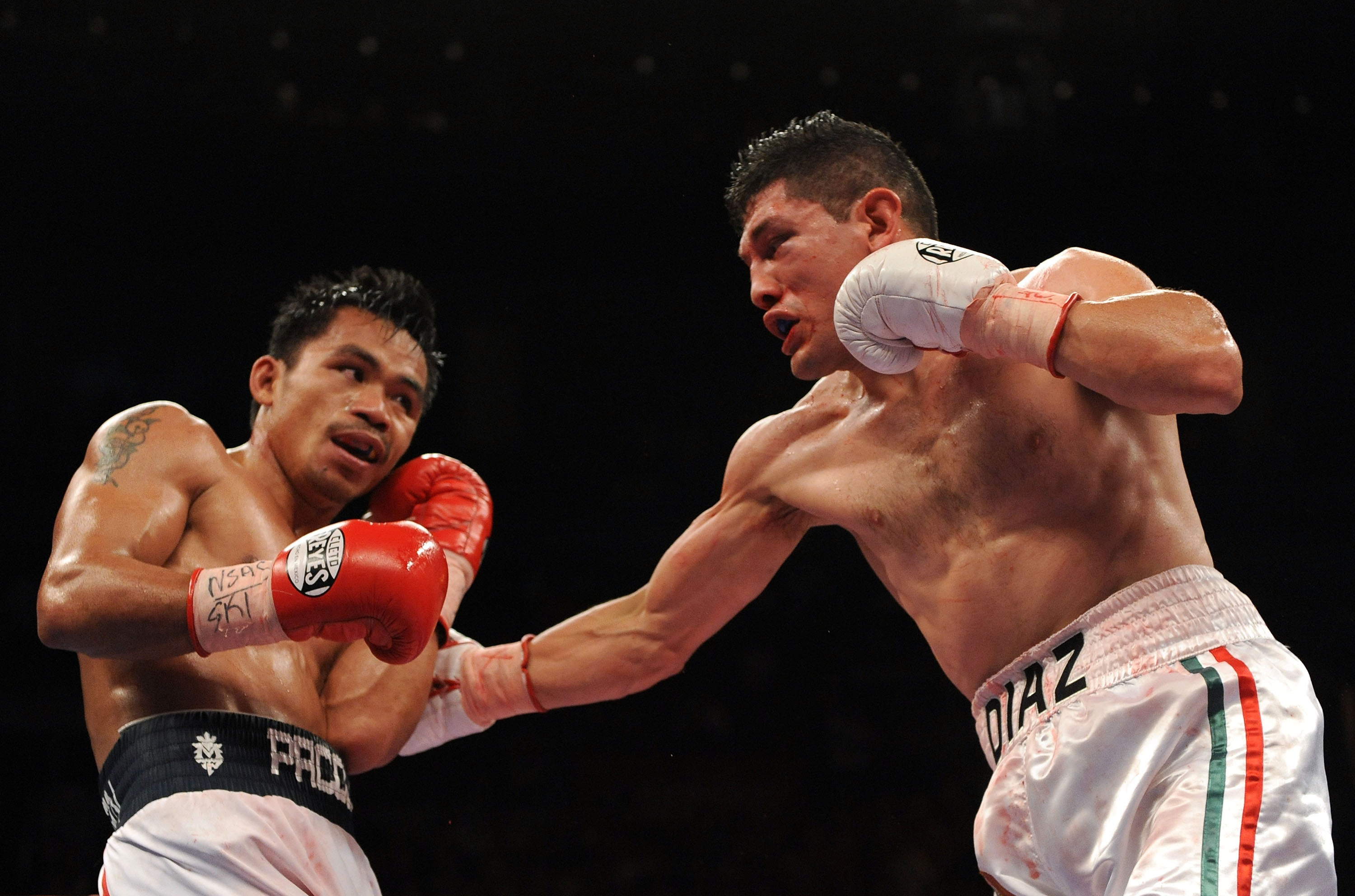 He turned pro shortly after the games and went on to have a stellar 15-year career – winning the WBC lightweight title along the way.

He joined Simon Maguire on the ‘Rocky Road: Rewind’ podcast recently to reflect on his fights with two legends of the sport in Morales and Pacquiao.

On August 4, 2007, Diaz came up against Morales – hoping a win over the Mexican icon would solidify his claim to the lightweight title.

“This is a guy who has been through many wars and has been champion three times.

“That’s what I thought it should have done – validate me as a world champion.”

The fight kicked-off at a frenetic pace but as Diaz charged in late in round one – Morales struck back and knocked him to the canvas.

“I was good – it was a flash knockdown,” he said, adding: “And with a knockdown I figured we were down by two rounds so we got to go back at it and go chase him and put everything I can on him.”

Morales in 2007 wasn’t the fighter he once was – but he still had plenty left in the tank and Diaz felt he had to force the issue to get the win.

The game-plan was fairly simple – “Just to keep the pressure on. I’ve always been a pressure fighter – that’s been my style…I was either going to make him quit or land a punch that was going to hurt him. That was my mentality going into the fight.”

And, it was a tactic that paid off with Diaz taking a unanimous decision on the scorecards after dominating down the stretch.

While Morales may have been on a downward trajectory – taking a title defence against Filipino superstar Manny Pacquiao in 2008 wasn’t picking the easy option.

However, Diaz was confident he could beat Pacquiao.

He said: “Like I tell everybody – if a fighter goes into a fight thinking he’s going to get out-classed or out-punched or just lose – then why is he even fighting?

“But, obviously in the fight – it was totally different. The man’s speed was incredible…I couldn’t evade any punch or block or anything like that because if I was blocking one – it was because I already got hit there so I figured if he’s going to hit me again I can block that and he can hit me on the other side.

“It’s one of those things where afterwards I admit defeat obviously because he really beat me up and when he knocked me out – it was a punch that I didn’t see coming and those are the ones that get you and that one got me.”

At this stage in 2008, Pacquiao’s coach, Freddie Roach, was training his protege to be a more well-rounded fighter than just a left-handed KO artist.

The plan to smother the physically smaller Filipino back-fired – as Diaz admits now.

“We know he’s fast and he needs movement and separation in order to let his punches go so that for me was the way to do it.

“It’s just that he was a great boxer, a great fighter and speed is definitely what killed me. I mean – I can’t defend against it.

“He just out-boxed the s*** out of me with a bunch of punches and really did a number [on me].”

Diaz went out on his shield – losing by ninth round KO.

A three-time national Golden Glove champion, an Olympian and a WBC lightweight champ, he’s content with his legacy in the ring, saying: “Now, I’m super proud…as you get older – you get wiser. I start looking back and I start seeing all the things that I’ve done in the sport of boxing considering where I came from – I’m very pleased with myself, I'm happy.”

(For the record, Marco Antonio Barrera is the only other boxer to have fought both Morales and Pacquiao).