The Argentine, 49, is one of the Red Devils' top choices to replace Ole Gunnar Solskjaer at Old Trafford. 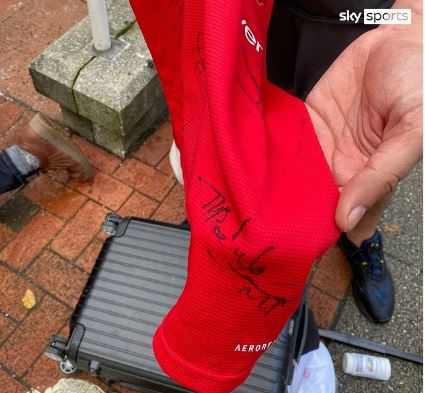 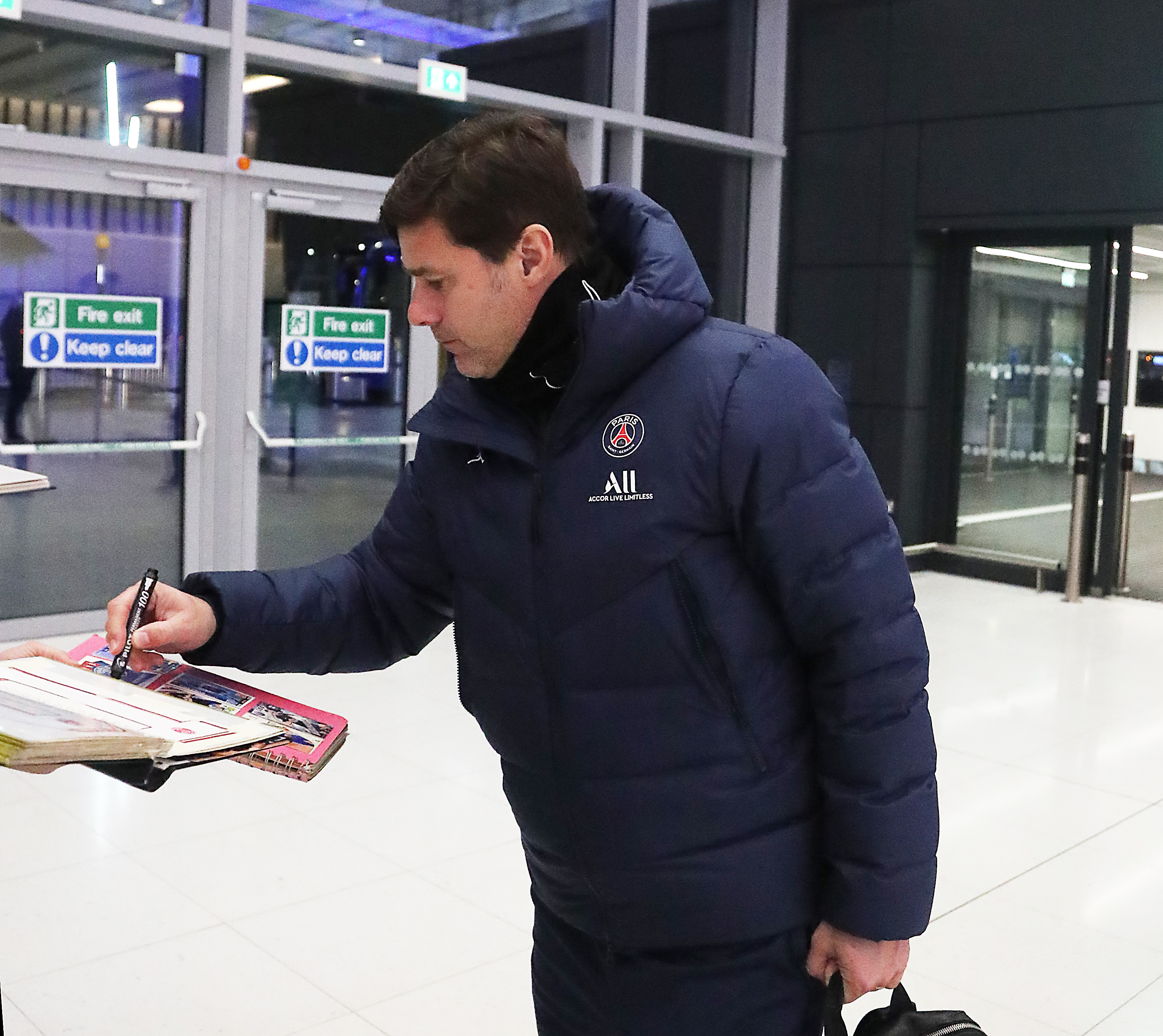 Paris Saint-Germain are standing firm, however, blocking an approach from United to speak to their manager.

Pochettino was in town for last night's clash with Man City at the Etihad.

And prior to his side's 2-1 defeat he added fuel to the fire, by signing a young fan's Man United shirt – despite a PSG representative saying he wouldn't.

A United supporter told talkSPORT: "We met Poch today, my kid had his autograph stuff in the bag and the guy goes, ‘see if you can get him to sign a Man United shirt’.

"That’s my kid’s shirt, what they didn’t post was the photo of him signing it.

"There was a representative next to him going, ‘excuse me, it’s a Manchester United shirt, he won’t sign it’. And he goes, ‘it’s fine, it’s fine’ and he signed it.

"I fully expected him to [not sign it]. I said [to my son], ‘get your card signed first and put your shirt out and see what happens’.

"He was being told to turn it down, so he did have an out, but he didn’t and he signed it."

Pochettino, who has a great relationship with Sir Alex Ferguson, told the media that he is happy in Paris – but stopped short of ruling himself out of the running to replace Solskjaer.

He said: "I'm not a child, I've spent my whole life playing football and spent 12 years as a coach – I know rumours will always be there.

"Sometimes positive and negative. But they cannot distract you. That’s football.

"We are focused 100 per cent to get the best result we can. So we can't talk about that.

"I respect my club, PSG. What other clubs are doing is not my problem. I need to focus on PSG.

"I was a player here and love the club and fans. It’s a fantastic time to be at the club.

"Football is today, not tomorrow. Football is about results… two years ago, we left Tottenham and a few weeks before there were a lot of rumours about us and look what happened.

"It’s about winning. It’s about the results. My contract is until 2023 – this season and one more. I don’t say anything different.

Pochettino has been tipped to take over by former Red Devils striker Michael Owen.

Man United have also been linked with a number of candidates to take interim charge – including Ernesto Valverde and Lucien Favre.

I’m a 42H – I bought Kim Kardashian’s Skims bandeau bra in a 4X to see if it stays up, I was shocked | The Sun