LIONEL MESSI summed up his frustration with crisis club Barcelona by almost getting himself sent off against Alaves.

During the Blaugrana's 1-1 draw on Saturday night, the forward kicked the ball in anger – and almost hit the referee. 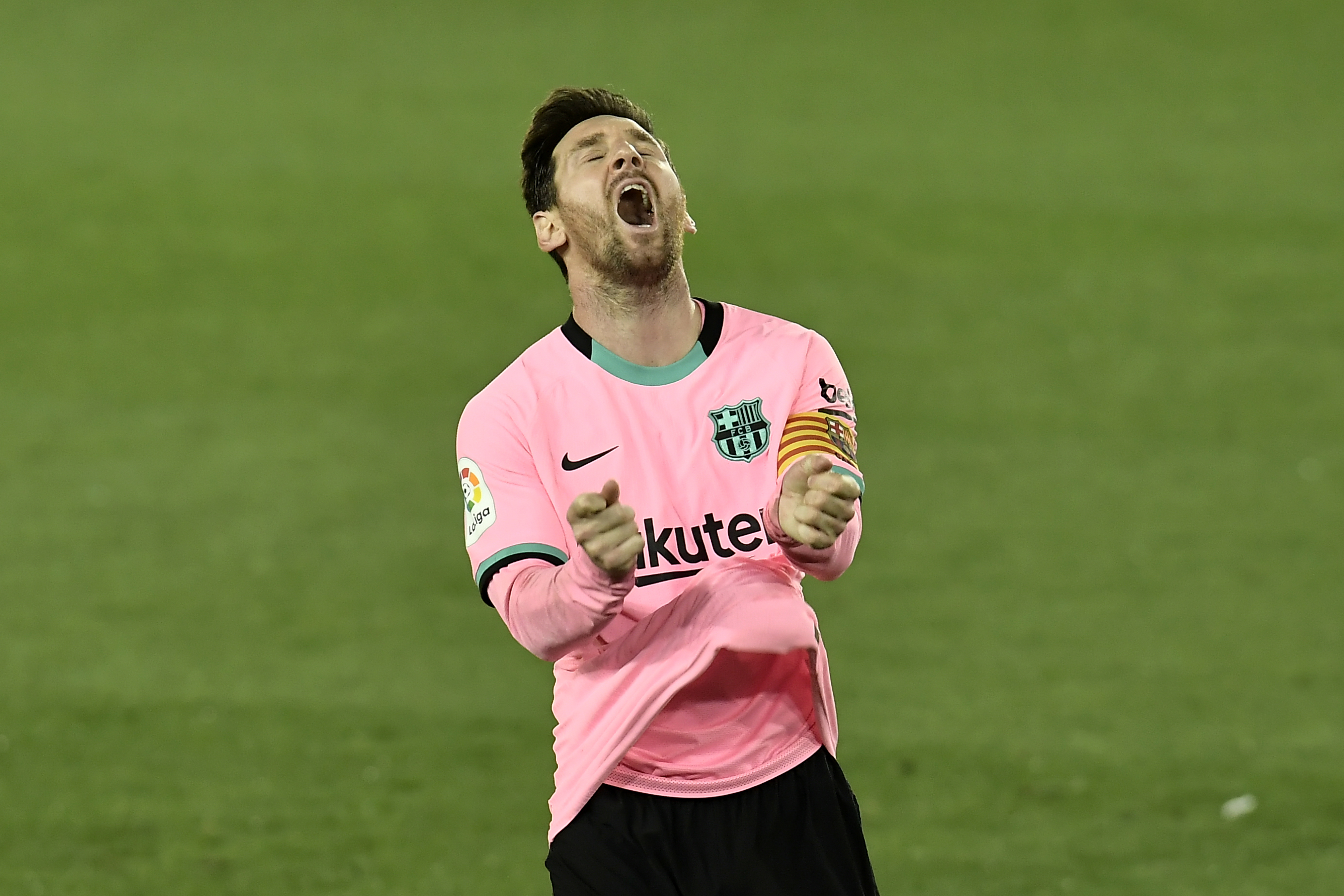 Man in the middle Alejandro Hernandez Hernandez immediately booked Messi as the irate Barcelona captain walked away in disgust.

The incident came minutes after a howler from Neto gifted Alaves the lead.

The goalkeeper attempted to dribble round Luis Rioja after a hard-hit backpass by Gerard Pique, losing possession and gifting an easy finish.

Messi was then booked as Barcelona attempted to secure only their third win of the league season.

Antoine Griezmann earned the point, equalising moments after Jota was sent off for two bookable offences in the second-half.

The draw left Ronald Koeman's side 12th in the table with just eight points – accounting for their worst start to a season in 18 years.

Scoring goals has been the biggest problem for Barcelona, who sold Luis Suarez to Atletico Madrid in the autumn.

A run of three goals in four LaLiga games has reaped just one victory for the Catalans. 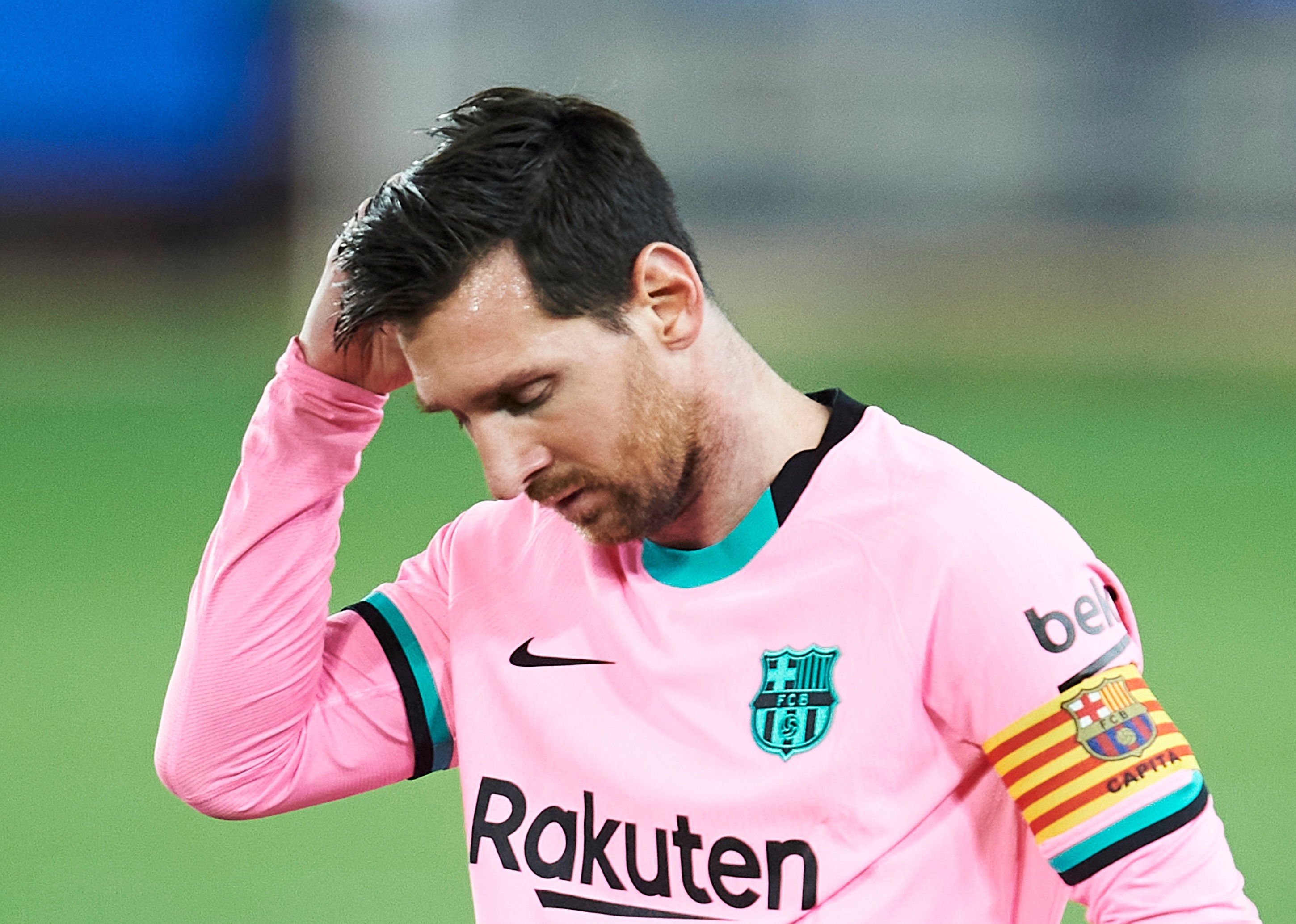 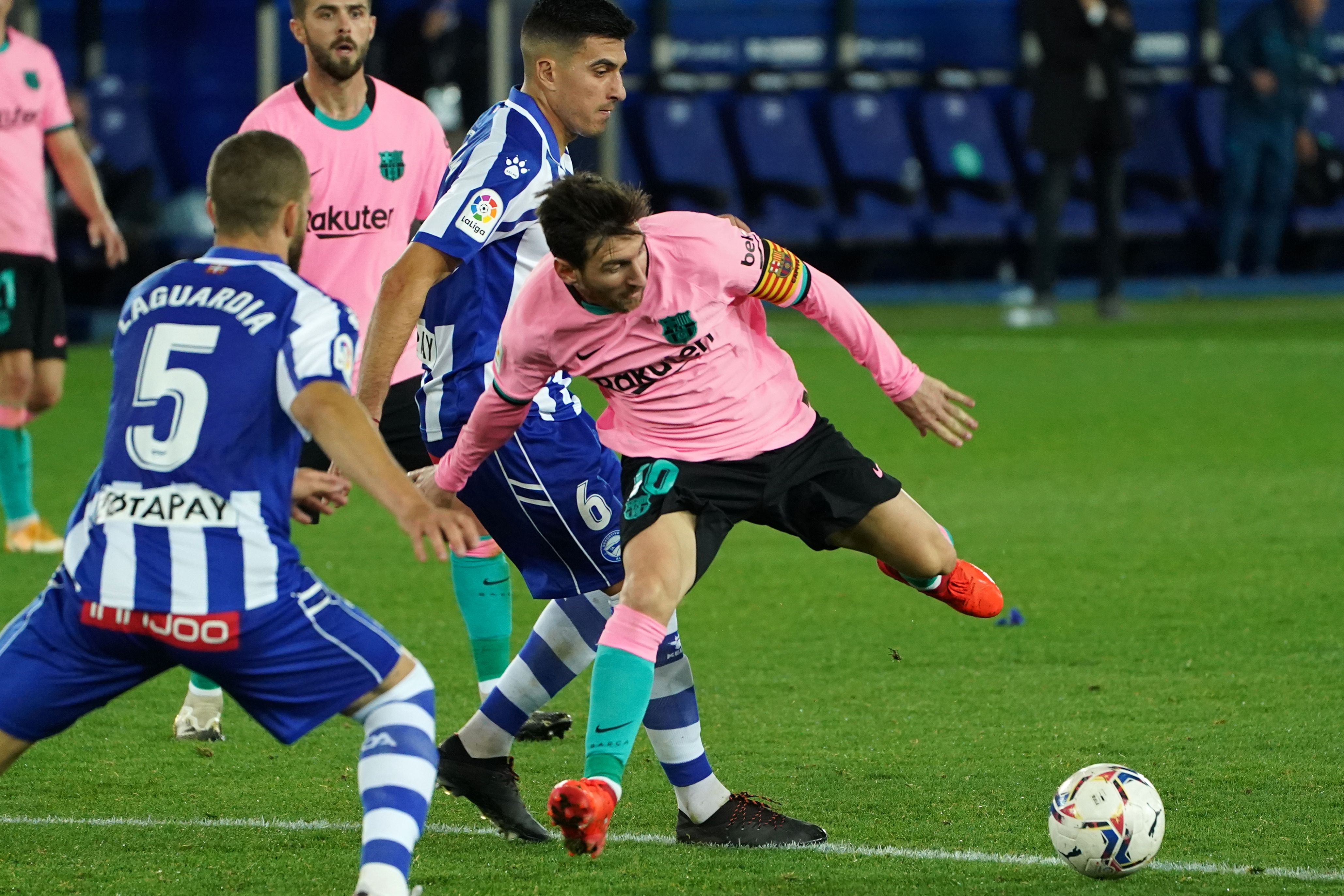 And coach Koeman has admitted that his side are struggling in front of goal.

He said last night: “I am concerned about the performance up front.

“It is not a matter of attitude or concentration, but of having more success in front of goal.

“It happened to us against Juventus and tonight too. In addition, we have given the goal to Alaves.

“But if we create so many chances, we cannot fail this much. If you create chances and only score one goal, it’s not good enough.”

Messi attempted to leave Barcelona during the summer, but was dissuaded from attempting to trigger a release clause by the threat of a legal battle.

Koeman has struggled to get the best out of the 33-year-old with a return of three goals in eight games certainly below-par for the superstar.

How the Dutchman manages Messi could make or break for his Blaugrana career, with the club desperate for success amid their financial turmoil.

Reports suggest the threat of bankruptcy is looming over the Camp Nou while the board attempts to secure a second round of player pay cuts.