An ugly trend of online abusive hate has been targeting players in the MLB with Cleveland Indians first baseman Yu Chang the latest player to receive racist tweets.

“Exercise your freedom of speech in a right way, I accept all comments, positive or negative but DEFINITELY NOT RACIST ONES. Thank you all and love you all. #StopAsianHate,” Chang posted on his Twitter account.

Chang’s attempt to secure a force at second base was unsuccessful after his throw hit Chicago’s Yasmani Grandal in the helmet in the ninth inning. The ball caromed toward the left side of the infield, allowing Nick Madrigal to score the winning run on the play.

Chang, 25, is currently in his third season with the Indians. He was playing at first base at the time of the error, although he primarily has played at either shortstop or third base during his time with the club. 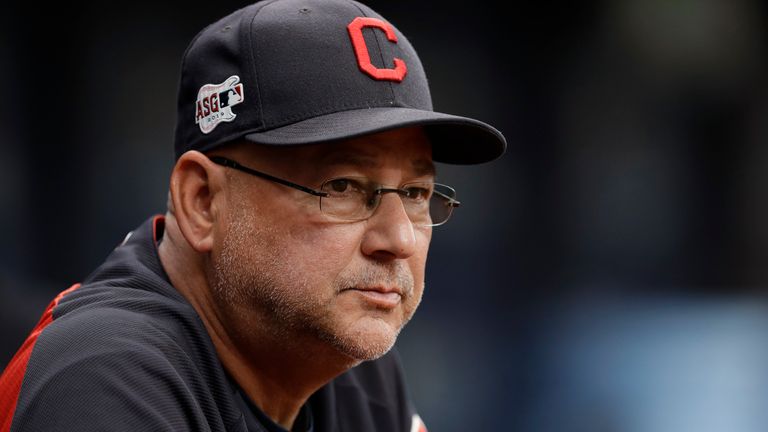 “First, I wanted to make sure he was OK and that he understands the lunacy or the idiocy that was said is not shared by hopefully very many people, certainly not in the Indians organisation,” Francona said.

“Truth be told, man, it’s really simple: errors are part of the game.

“But ignorance and racism, they shouldn’t be anywhere. Those comments that have nothing to do with baseball, it’s just an excuse for somebody to be stupid and ignorant. That’s really what it is.”

The racist social media postings directed toward Chang are part of an ugly trend of abusive behaviour.

Former NBA player Jeremy Lin has been outspoken about the racist abuse while sports organisations have offered support to quell incidents.

Sky Sports is committed to making skysports.com and our channels on social media platforms a place for comment and debate that is free of abuse, hate and profanity.

If you see a reply to Sky Sports posts and/or content with an expression of hate on the basis of race, colour, gender, nationality, ethnicity, disability, religion, sexuality, age or class please copy the URL to the hateful post or screengrab it and email us here.