The league announced it would move the game, scheduled for Sunday, to Monday or Tuesday to allow for more daily testing of team personnel. 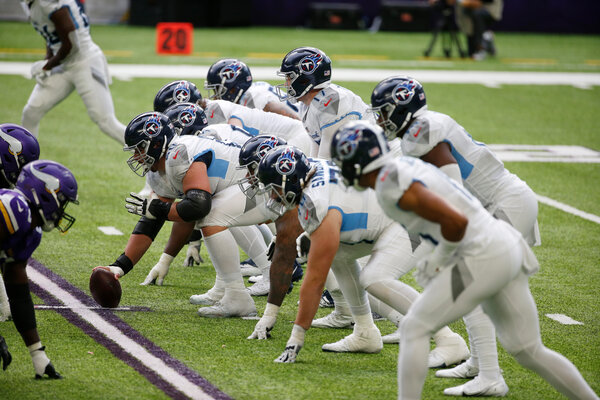 With the Tennessee Titans roiled by a coronavirus outbreak that has infected multiple players and team personnel, the N.F.L. has rescheduled their game on Sunday against the Pittsburgh Steelers to either Monday or Tuesday.

The N.F.L., in announcing the decision in a statement, said the game, originally scheduled for noon local time on Sunday in Nashville, had been moved “to allow additional time for further daily Covid-19 testing and to ensure the health and safety of players, coaches and game day personnel.” The league said it would announce the new date and time for the game as soon as it could.

The Titans halted in-person activities on Tuesday after learning that eight members of the organization — three players and five employees — had tested positive. In separate testing, a fourth player was found to have contracted the virus, NFL Network reported Wednesday. Another employee, the outside linebackers coach Shane Bowen, did not accompany the team to Minnesota for Sunday’s game against the Vikings in accordance with Covid-19 protocol, which forbids anyone who tests positive or has been exposed to someone who has from traveling.

The Minnesota Vikings, who hosted Tennessee on Sunday, said they had not received any positive results as of Tuesday morning, but also shut down in-person activities. Their next scheduled game, on Sunday at Houston, has not been changed.