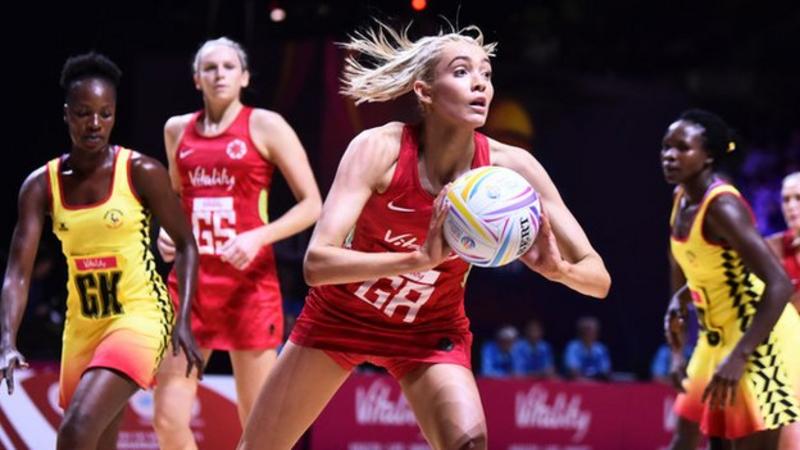 England started their 2019 Netball World Cup campaign in Liverpool with a 64-32 win over Uganda, who had to play for the final quarter with six players.

The Roses were in control throughout, taking a 13-goal lead at half-time.

Uganda centre Stella Oyella was suspended for two minutes in the third quarter and was then sent off for repeated infringements, which put paid to any comeback.

Their final game in the first preliminary round comes against Samoa on Sunday (11:00 BST) and if they finish among the top three in Group D, they will progress to Group G in the second round.

England will then need to finish in the top two to progress to the semi-finals.

“I wanted to go home at one point… maybe before the game,” said Roses coach Tracey Neville on Sky Sports, when asked about her nerves as she walked out in front of a home crowd.

“It’s quite an intimidating arena – we aren’t used to seeing so much passion.

“Uganda lost control and it meant we could take them on. There are things we are not pleased with, there were a lot of nerves, but I’m so proud and the way they handled themselves.”

England have never failed to reach the last four at a World Cup but knew they were in for a tough start against a Uganda team who have climbed to sixth in the rankings.

The Roses won 3-0 in their quad series meeting with the She Cranes in December and once again were able to overcome their attacking prowess and physical approach.

Uganda’s shooting statistics were good, especially from Peace Proscovia who finished with 20 goals from 23 attempts, but it was their discipline that let them down.

Oyella received two verbal warnings in the first half before eventually being sin-binned in the third quarter for contact with Chelsea Pitman.

And the umpires decided enough was enough when the centre collided with Jade Clarke, and she was sent permanently to the sidelines.

England made the extra player count and pulled further ahead, taking the final quarter by 14 goals.

It capped off a special evening for Roses stalwart Jo Harten, who landed 29 of her 35 shots on her 100th international appearance.

BBC Sport has launched #ChangeTheGame this summer to showcase female athletes in a way they never have been before. Through more live women’s sport available to watch across the BBC this summer, complemented by our journalism, we are aiming to turn up the volume on women’s sport and alter perceptions. Find out more here.

Give it a go yourself! 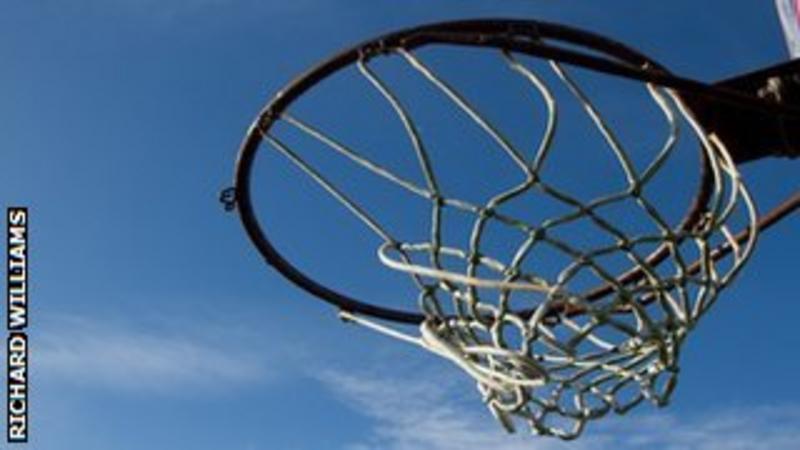