The 2021 NFL season started with with Tom Brady and the Tampa Bay Buccaneers welcoming Dak Prescott and the Dallas Cowboys as they embarked on their quest for a second consecutive title.

Week 1 is always filled with excitement and the start of this season will have all of that in more with key matchups featuring the league’s top superstars, including some stars who switched teams.

Read below for the Week 1 schedule, times and updated scores. All times are Eastern. 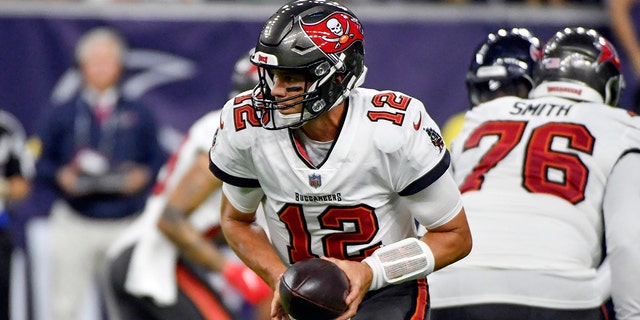 Tampa Bay Buccaneers quarterback Tom Brady hands off the ball during the first half of a preseason NFL football game against the Houston Texans in Houston, Aug. 28, 2021.
(AP Photo/Justin Rex, File)