Novak Djokovic struck a confident tone ahead of his bid for a first Olympic gold medal in Tokyo but insisted he will put thoughts of more history to one side – for now.

The world number one travelled to Japan just over a week after defeating Matteo Berrettini at Wimbledon to become the first man in more than 50 years to win the opening three grand slam tournaments in a year.

Now he is targeting the fourth part of a quintuple that would make him the first man in history to win a Golden Slam of all four major titles and Olympic singles gold in the same season.

Speaking at a press conference, Djokovic said: “Representing your country, being part of the team, is something that I treasure, something that encourages me and gives me a lot of confidence, a lot of great energy.

“Even though I’m by myself on a tennis court, I still feel this team spirit is there and the support of team-mates and everyone involved in the Serbian team. That gives you wings to perform your best and try to reach the biggest heights.

“I feel great. Physically, mentally, I’m ready to perform at my best. I’ve had arguably the best grand slam season in my sport so far, winning three out of three grand slams, so I could not have a better preparation and better lead-up to the Olympic Games. Hopefully I can have another great tournament.”

The only Olympic medal in Djokovic’s collection so far is a bronze from Beijing in 2008, with the 34-year-old losing to Juan Martin Del Potro in both London and Rio.

He joked he was glad the Argentinian, who is working his way back from more knee surgery, is not in Tokyo but he knows his biggest obstacles may well be his own nerves, with the stakes so high, and the hot and humid conditions that have proved a problem in the past.

“It’s still a very long way to a potential achievement, historic achievement,” said Djokovic, who faces Bolivia’s Hugo Dellien in the first round.

“I put myself in a very good position but I will take things very slowly and cautiously and focus only on the next challenge.

“This is an approach I really need to have because in the past I wasn’t probably fully experiencing that approach and that has backfired on me. I started to feel there were a lot of distractions around that were influencing my performance.

Steffi Graf is the only player ever to have achieved a Golden Slam, winning gold in Seoul in 1988, and Djokovic said: “I worked with her husband, Andre Agassi, a few years ago and I also had a chance to spend a little bit of time with Steffi.

“I have the utmost respect and admiration for Steffi and everything she has achieved in her career and the mark that she left in our sport. 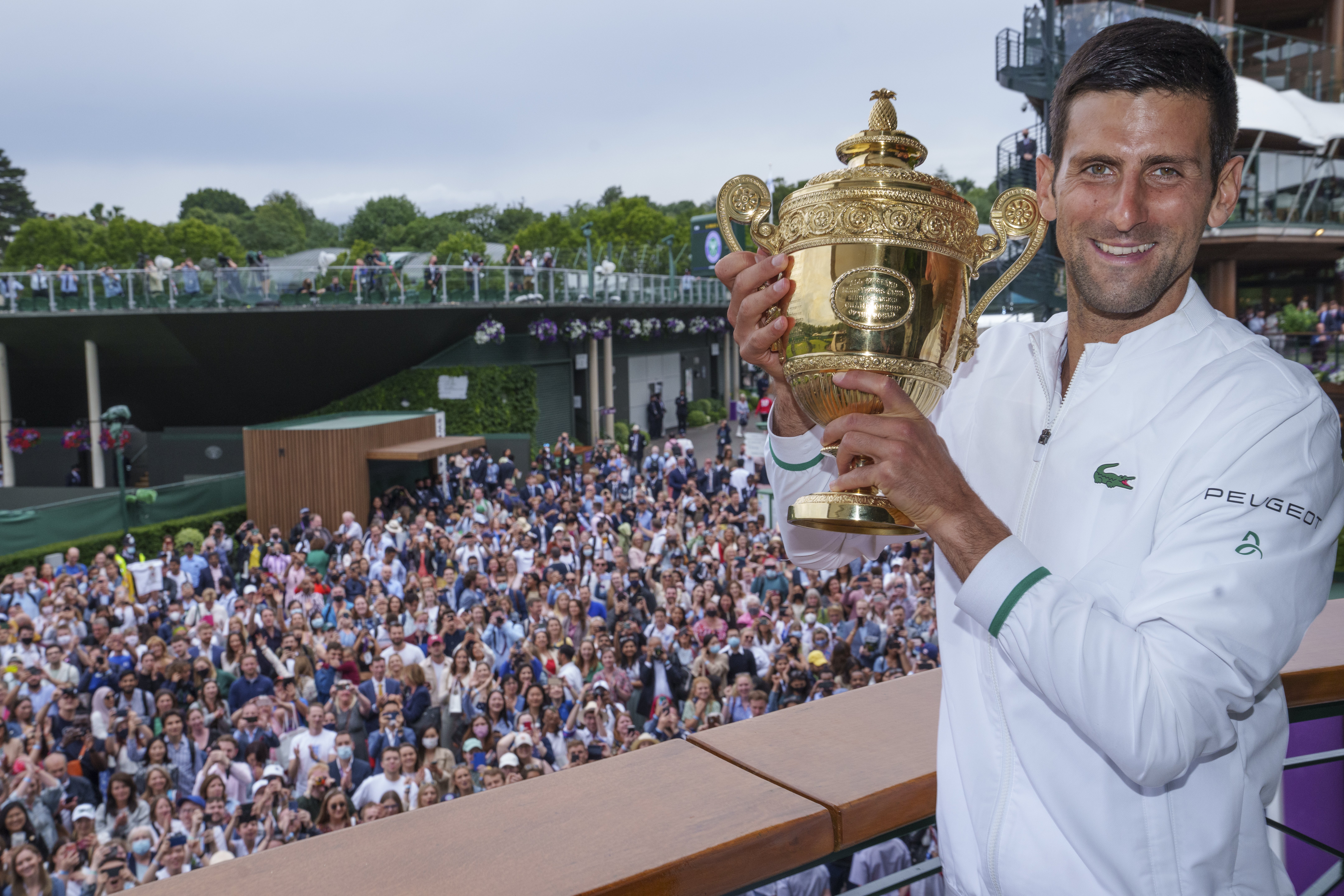 “When I was thinking about the ultimate achievement that she had, I did not think that would be, I don’t want to say achievable, but there’s a slim chance that someone could make it again. Right now it seems more and more realistic. Of course that’s one of the goals and dreams.”

After winning Wimbledon, Djokovic, who also drew level with his great rivals Rafael Nadal and Roger Federer on 20 grand slam titles, cast doubt on whether he would be in Tokyo following the announcement that the Games would be held without fans.

“I was in a dilemma for a little bit but I decided to come and I’m glad because there are many more things that are beautiful about the Olympic Games so I’ll try to focus on those things that will give me inspiration to play my best tennis,” he said.