Home » Sport » On the final day of the Tokyo Games, gold medal matches and the men’s marathon. 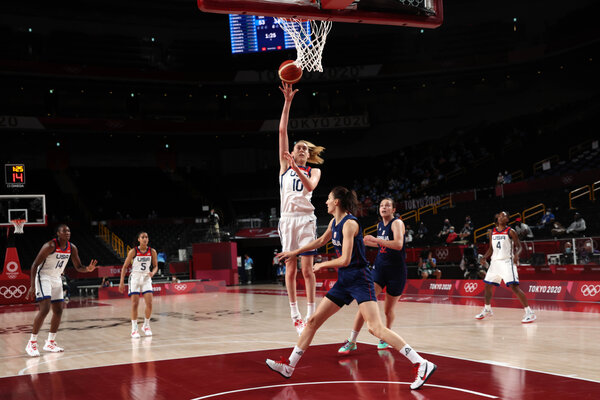 TOKYO — The final day of the Tokyo Olympics begins early, with the men’s marathon at 7 a.m. on Sunday, Tokyo time (Saturday at 6 p.m. Eastern time). The race will be held in the northern city of Sapporo in an effort to avoid the worst of Tokyo’s summer heat.

The United States, which trails China 36-38 in the gold medal race, still has a chance to catch up, with several championships on the line. The U.S. fell behind when it did not win enough golds in sports it usually dominates, like women’s soccer, gymnastics and track and field.

The U.S. women’s basketball team has been cruising toward the gold so far. Its final opponent, in a surprise, is Japan. The gold medal game is at 11:30 a.m. in Tokyo (10:30 p.m. Eastern time on Saturday).

In the Tokyo afternoon, two American boxers will fight for gold: Keyshawn Davis at lightweight and Richard Torrez Jr. at super heavyweight.

And when it’s all wrapped up, the closing ceremony, again without fans, starts at 8 p.m. in Tokyo, 7 a.m. Eastern time.