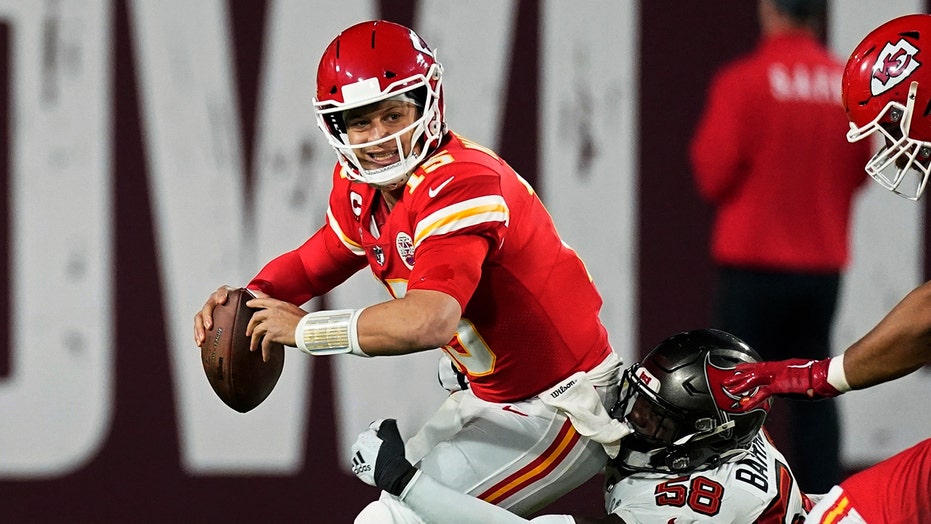 Patrick Mahomes is reportedly set to undergo toe surgery Wednesday — an injury that had hampered him since the divisional round of the AFC playoffs.

The Kansas City Chiefs star will repair a torn plantar plate in his toe, the NFL Network reported. The injury, commonly known as turf toe, appeared to affect his speed on the field the last few weeks. However, he was given the all-clear to play in Super Bowl LV against the Tampa Bay Buccaneers.

The team probably didn’t expect him to run around that much, but he was rushed by the Buccaneers’ defense on nearly every snap.

Mahomes totaled 497 yards before throwing the football or being sacked by the Buccaneers defense, according to Next Gen Stats. It was by far the highest total of any quarterback in the NFL this season.

Mahomes is expected to make a full recovery but rehab will take several months, the NFL Network reported.

The quarterback said Monday that the loss will definitely serve as motivation to come back next season.

“When you’re a competitor and you get so close to your ultimate goal and then you fall short, it’s something that will motivate you for the rest of your career. It was a bad feeling in that locker room after the game,” he said.