SYDNEY VAN HOOIJDONK has seen his dreams of copying his dad and starring in British football dashed by Brexit.

The Breda striker, 20, son of ex-Nottingham Forest and Celtic striker Pierre, had a January move to the Championship lined up. 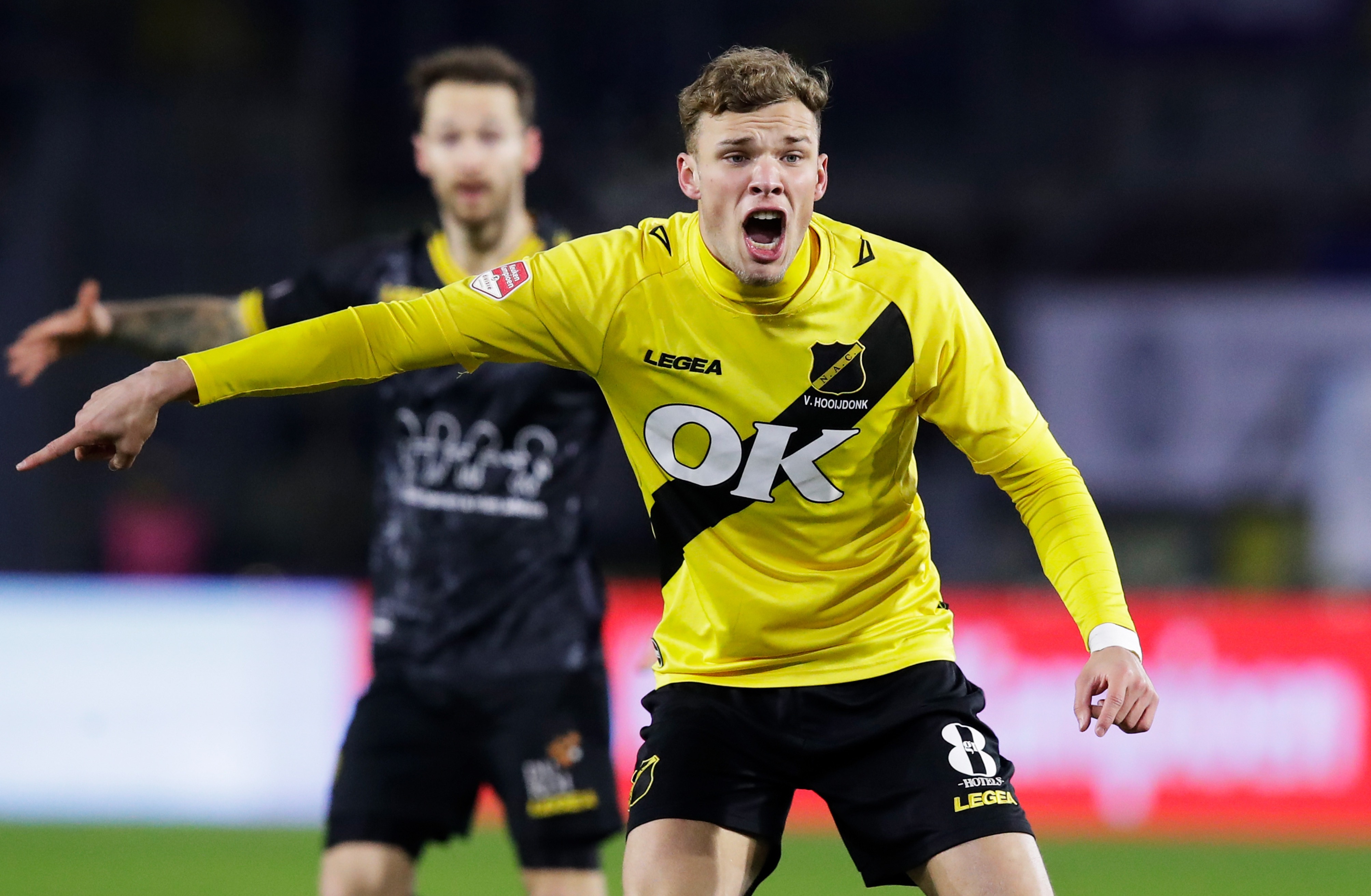 Forest and Sheffield Wednesday were ready to make an offer with Van Hooijdonk available on a free plus a sell on fee.

But the chance of following his father has been scuppered following new Brexit rules this month with a stricter points system to bring in players from the European Union introduced.

Dutchman Van Hooijdonk is one of the first high-profile footballers to be affected by the restriction in movement.

Instead, Van Hooijdonk is set to make the switch to Germany with several Bundesliga clubs interested.

The highly rated forward has scored 12 goals this season with Breda fourth in the Dutch second tier.

European players are now treated in the UK like non-EU players of the past and require governing body endorsement (GBE). Via a points-based system agreed by the FA, Premier League and EFL and approved by the Home Office, a score of 15 points is needed to grant the transfer.

Points are awarded on a criteria including the number of international caps, the Fifa ranking of the player's country, the strength of the league the player is arriving from and how many club appearances they have already made.

A score between 10 and 14 points is referred to an exceptions panel who will rule over the suitability and quality of the player.

With Van Hooijdonk yet to play for his country and playing in the Netherlands' second division he would not have met the criteria under the new Brexit rules.