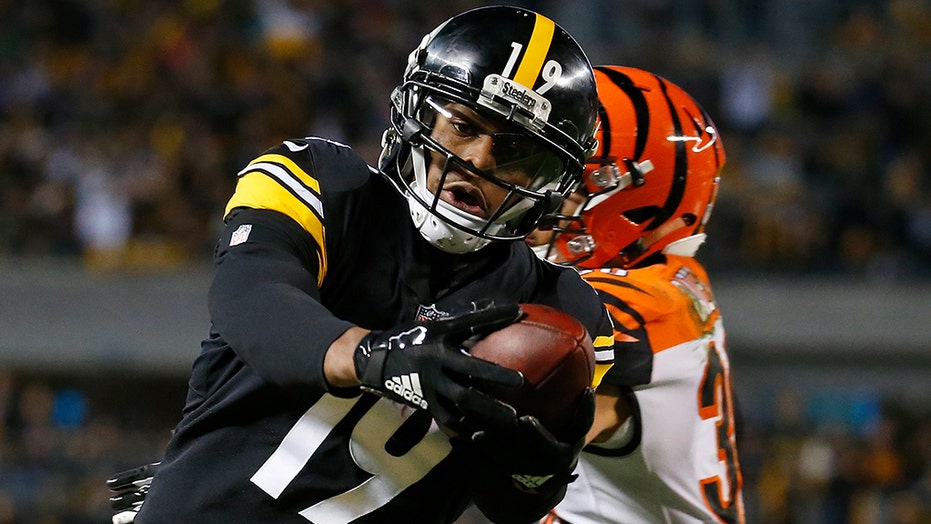 Pittsburgh Steelers star JuJu Smith-Schuster attended a Pennsylvania high school prom Friday with a student after the teen’s date broke up with him.

Anthony Molinaro asked the wide receiver to go with him to Chartiers Valley High School’s prom after his original date had ditched him, according to WPXI-TV.

Smith-Schuster tweeted a few photos Sunday of him posing with Molinaro’s classmates. He said he had a “litty night at his school.”

Smith-Schuster and Brown traded barbs in April after Brown was traded to the Oakland Raiders. However, Smith-Schuster told TMZ Sports that Brown was “his guy” and there was no animosity between the two star wide receivers.

The former USC receiver had a breakout year with the Steelers in 2018. He caught 111 balls for 1,426 yards and seven touchdowns.