A BODY has been found in the search for former Team GB fell runner Chris Smith who vanished in Perthshire hills.

Chris, 43, was reported missing on Tuesday night after he failed to return from a run. 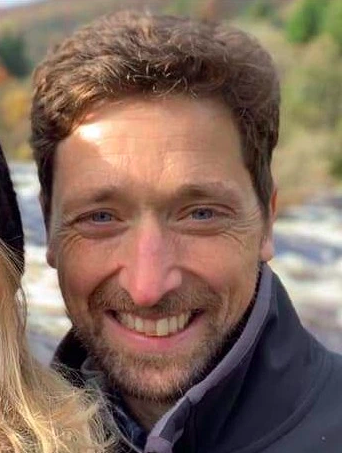 He had set off on a run from Invervar near Aberfeldy, Perth and Kinross, at around 3pm.

His family, including his wife Lindsay and two children, became concerned when he did not return and called emergency services.

And officers have confirmed today that a body has been found near to Meall Garbh in the Glenlyon area in their search for the missing runner.

A spokesperson said: “Police Scotland can confirm that at around 11:50am on Thursday, 29 October, 2020, the body of a man was found near to Meall Garbh in the Glenlyon area.

“Formal identification has yet to take place however the family of missing 43-year-old Chris Smith has been informed.

"Enquiries remain ongoing and a report will be submitted to the Procurator Fiscal in due course.”

In 2016 he helped Team GB win bronze in the European Mountain Running Championships in Italy.

He is originally from Aberdeenshire but lives in Haywards Heath, West Sussex.

Smith is a member of Thames Valley Harriers.