DEAN SMITH is favourite to be the next Premier League boss sent packing.

That's according to bookmakers Sky Bet, who've installed the Aston Villa chief at 2/1 to be the fourth managerial casualty of the campaign. 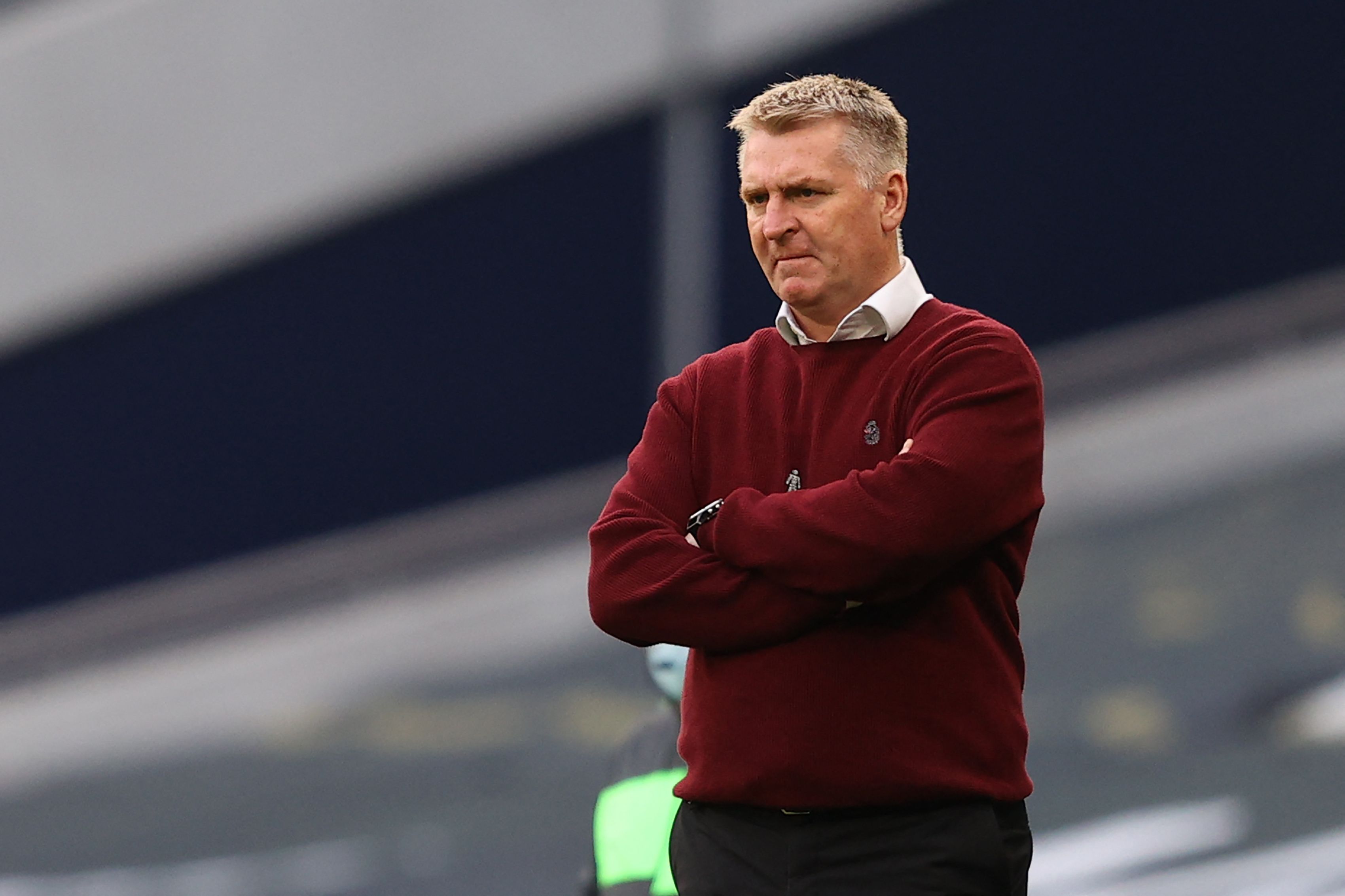 Nuno Espirito Santo became the third top-flight sacking of the season when being given his marching orders after just 17 games in charge at Tottenham.

The Portuguese followed in the footsteps of Xisco Munoz and Steve Bruce following a run of five defeats in seven league matches.

And after a comprehensive reshuffle in the betting market – Smith is now favourite for the chop.

Aston Villa were thrashed 4-1 by West Ham on Sunday – a result which condemned them to a fourth consecutive Premier League defeat.

The result leaves Smith's side in 15th position with 10 points from a possible 30 and three clear of Burnley in the relegation zone.

Next Premier League manager to leave

Only rock-bottom Norwich and Newcastle have conceded more goals in the Premier League this season.

The Villains invested £90million on new signings over the summer following the departure of Jack Grealish.

Emiliano Buendia, Leon Bailey and Danny Ings all arrived at the club in big-money deals with some believing they could challenge for a top-six finish.

But with Villa languishing in the bottom half – Sky Bet think a managerial change could be in the offing.

Norwich's Daniel Farke is next in the betting at 3/1 with Manchester United manager Ole Gunnar Solskjaer following at odds of 4/1.

There's been some considerable money for Rafa Benitez, whose Everton side lost their third in a row against Wolves on Monday.

The Spaniard, who has been linked with the vacant role at Newcastle, is 7/1 having been 20/1 at the beginning of the week.

Watford's Claudio Ranieri and Leicester boss Brendan Rodgers are locked together at 14s with Graham Potter and Marcelo Bielsa behind at 16/1.

Commercial content notice: Taking one of the bookmaker offers featured in this article may result in a payment to The Sun. 18+. T&C's apply. Begambleaware.org