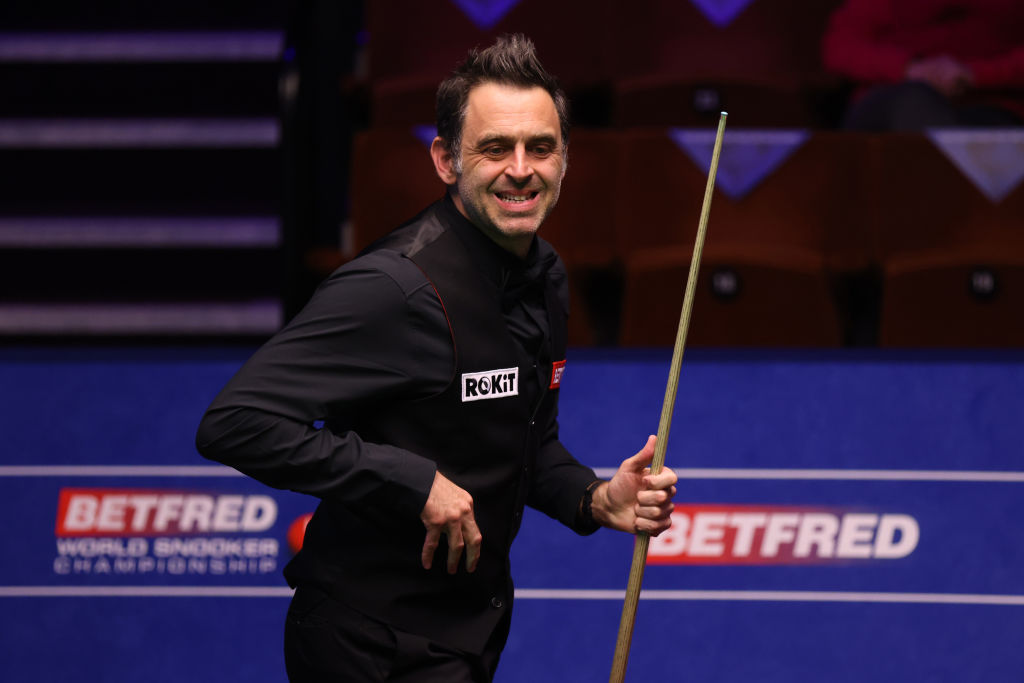 Ronnie O’Sullivan scoffed at the idea that he may be concerned about losing five ranking finals on the bounce, saying that he retains ‘tremendous faith in his ability’ and retains an excellent chance of adding more titles to his immense CV.

The Rocket began his Northern Ireland Open campaign on Sunday night with a 4-0 demolition of Stuart Carrington in Belfast.

The 45-year-old had not played since early August at the Championship League but showed little sign of rustiness as he made 90 in the opening frame and 120 to complete the whitewash – century number 1,108 of Ronnie’s career.

O’Sullivan is looking for his first ranking title since he won the 2020 World Championship after, remarkably, losing all five ranking finals he got to last season.

Asked whether this string of defeats has been playing on his mind, the Rocket dismissed the idea, knowing full well that he can still add more ranking titles to the record 37 he already possesses.

‘Nah not really,’ O’Sullivan laughed on Eurosport when asked if he is still thinking of those defeats. ‘I have tremendous faith in my ability, that if I play alright I have a good chance of winning.

‘If I don’t I still have a chance of winning, I’ve won tournaments when not at my best.

‘I never question my ability. Winning tournaments is just a by-product of what you do.

‘If being in five finals is a bad season, it’s a compliment.’

The six-time world champion has set up a meeting with Andy Hicks in the last 64 in Belfast on Monday night, a man he first played way back in the 1992 UK Championship.

O’Sullivan won that game 5-0 but Hicks has downed the Rocket twice in the past, most recently 26 years ago when he claimed a 9-7 victory to make it into the UK Championship semi-finals.

The world number three is attempting to win his first Northern Ireland Open title after losing in the last three finals, all to Judd Trump and all by a score of 9-7.