VALTTERI BOTTAS clinched pole position by the smallest margins from George Russell, who will start second.

The Brit was filling in for Lewis Hamilton after he tested positive for Covid-19. 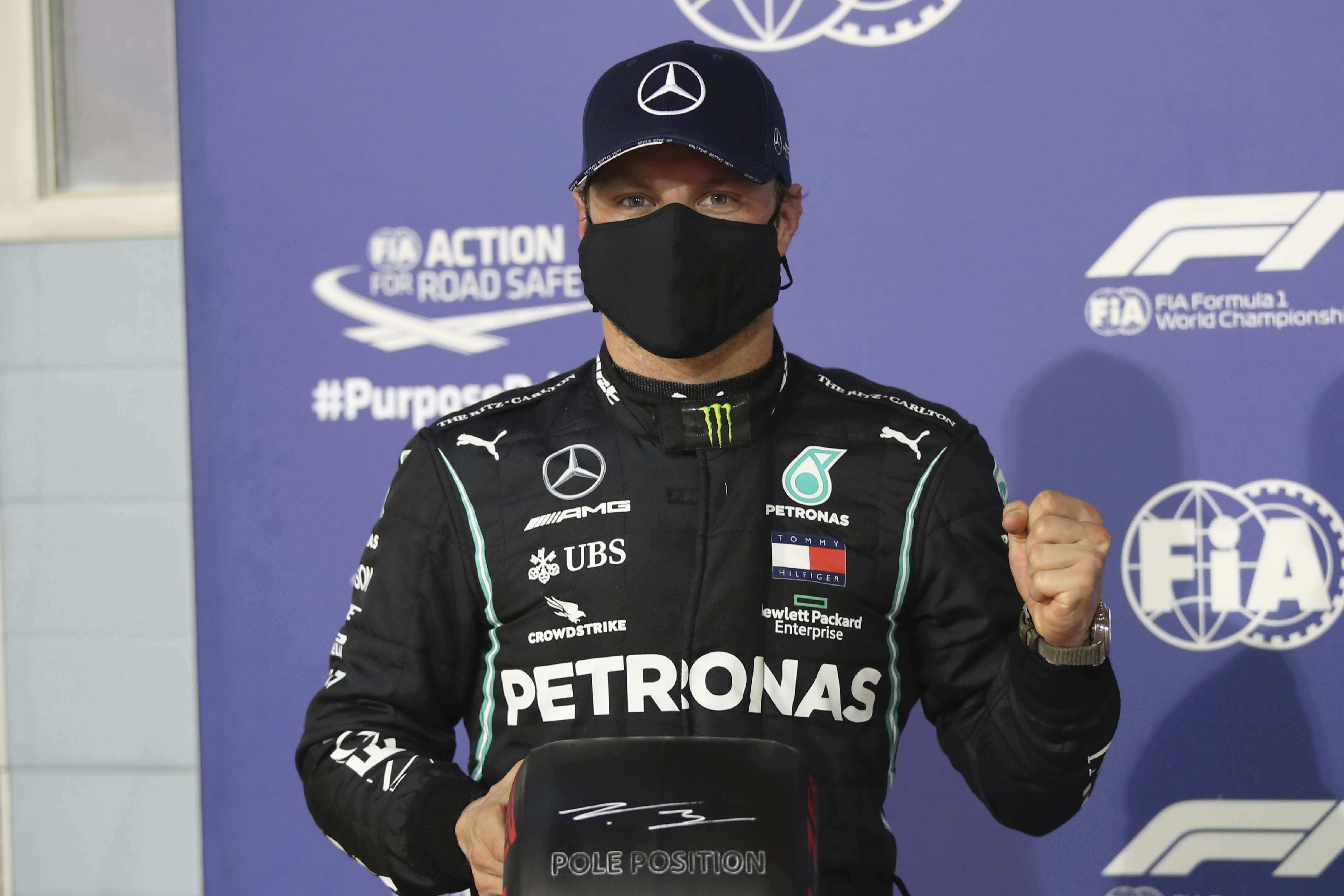 He turned in a sensational qualifying performance that was just 0.026 seconds shy of Bottas' time.

Max Verstappen qualified in third place while Charles Leclerc will line up in fourth in a shock for the Ferrari man.

But there was disappointment again for Red Bull's under-pressure driver Alex Albon.

He was again miles off the pace of Verstappen.

The London-born Thai racer qualified down in 12th place after struggling for pace all weekend.

Sebastian Vettel only just made it into qualifying after his Ferrari needed an engine change before the session.

And Lando Norris was left cursing his mistake after he was caught out by traffic and failed to get in a second flying lap and will start in 15th place.

After the race, Bottas said: "It's good to see George locking the front row.

"It's good to be on pole, not my best qualifying, but happy it was enough."

Russell said: "Really pleased but gutted to miss out on pole. If you told me I was qualifying in P2 last week I wouldn't have believed you.

"Tomorrow's going to be tricky, but I'll see what I can do."