ANTHONY JOSHUA and Eddie Hearn partied until 6am after the Brit reclaimed his heavyweight belts by beating Andy Ruiz Jr last year. 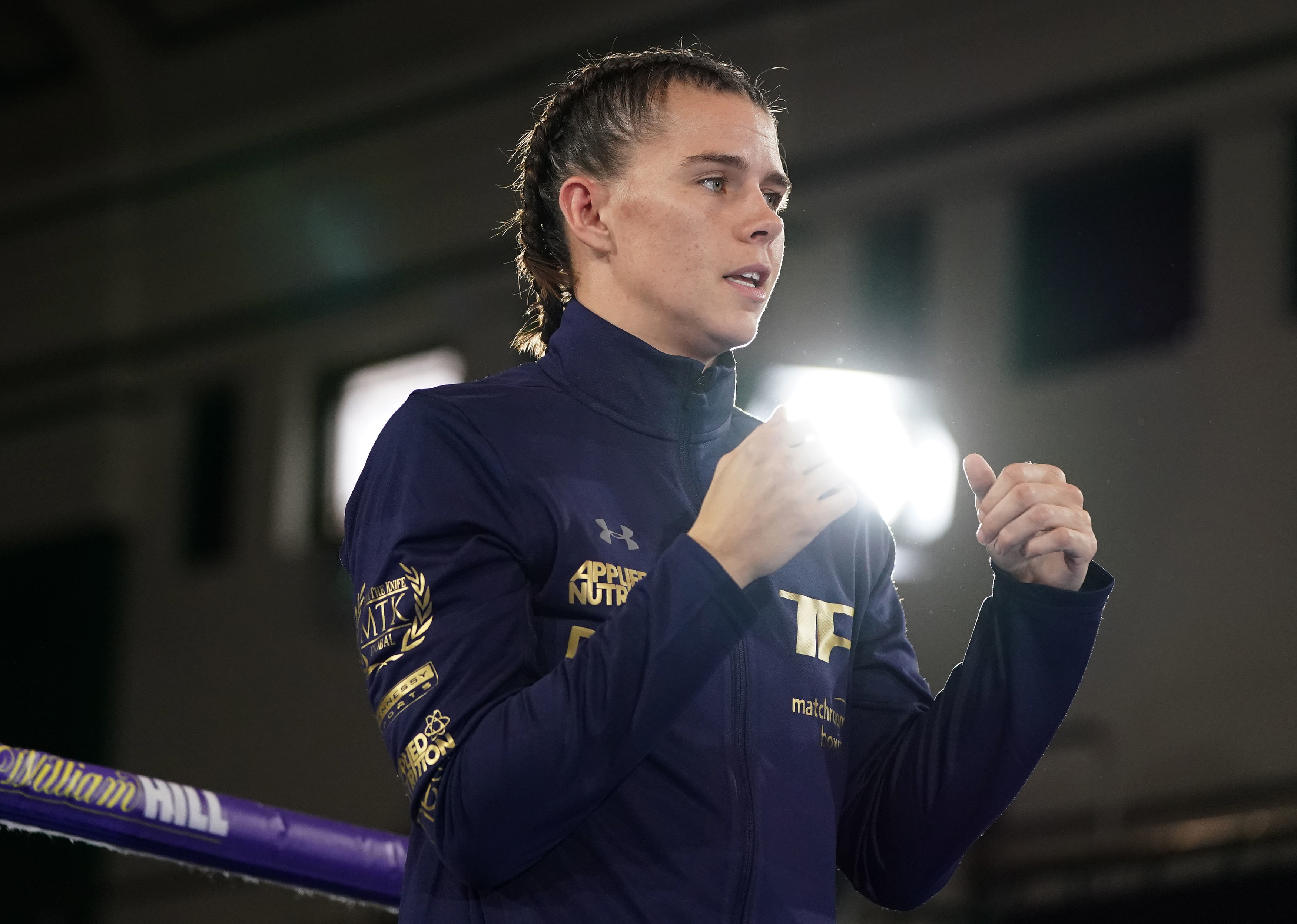 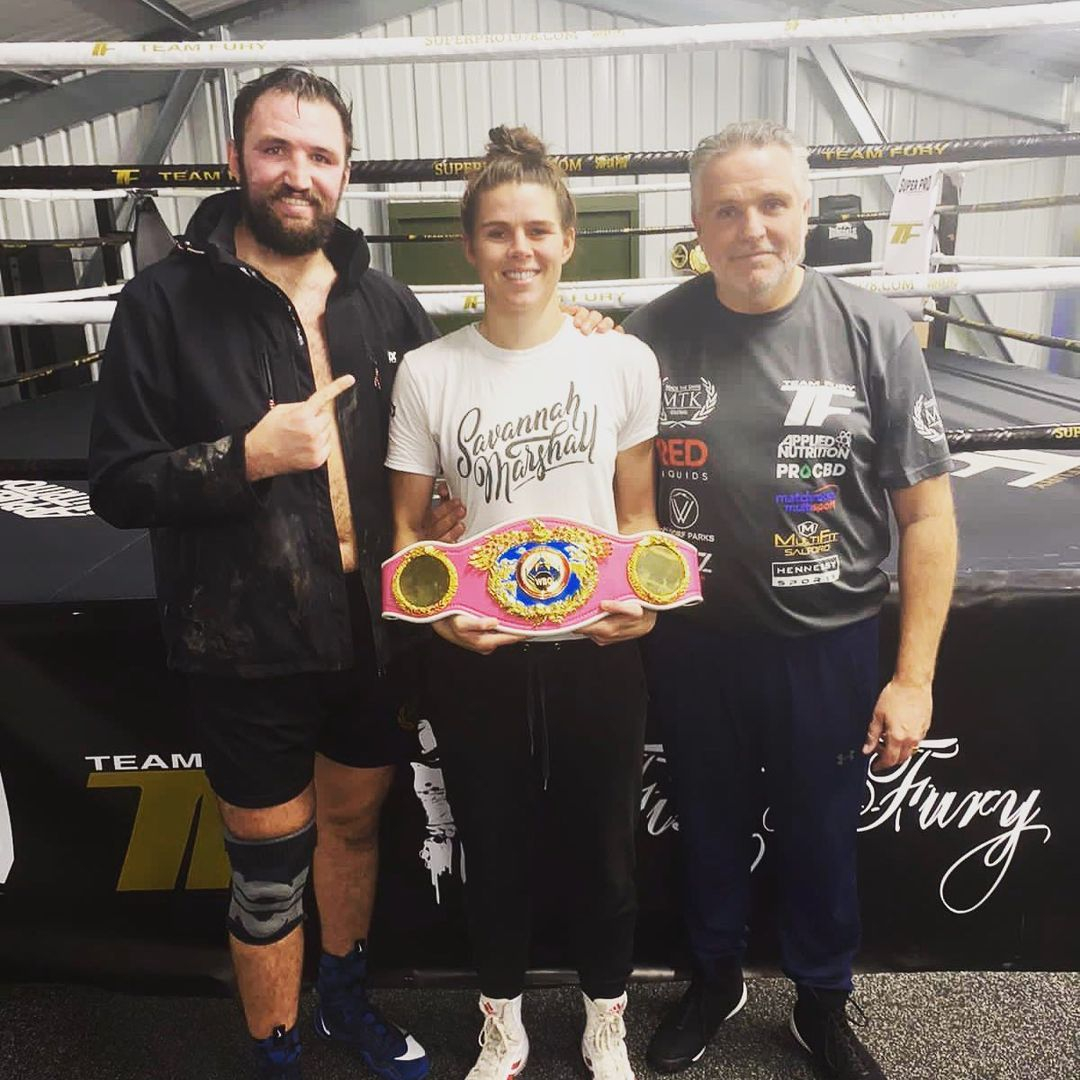 And the most rock and roll thing she has done since her historic win is curl up on the sofa to binge watch The Crown on Netflix.

The Hartlepool-born 29-year-old told SunSport: “I boxed on the 31st October, I won the world title and I can’t celebrate.

“I can’t go out. I can’t have a drink or even go out for meals. I've just been watching the Crown!

“I’m only on season two, episode two. Phillip has just been playing away in the South Pacific – but they’re proper oddballs aren’t they.

“I love the queen’s sister, she just doesn’t give a f**k. I’ve been on Wikipedia seeing who is related to who!”

Marshall became the first British world amateur champion in 2012 and repeated her feat eight years later in the paid ranks with a cracking KO of Hannah Rankin.

The North-East ace stopped the Scot in seven Wembley Arena rounds, with a masterclass of footwork and power punching.

But she credited her trainer, Peter Fury – uncle to Tyson and Tommy – for her meteoric rise. 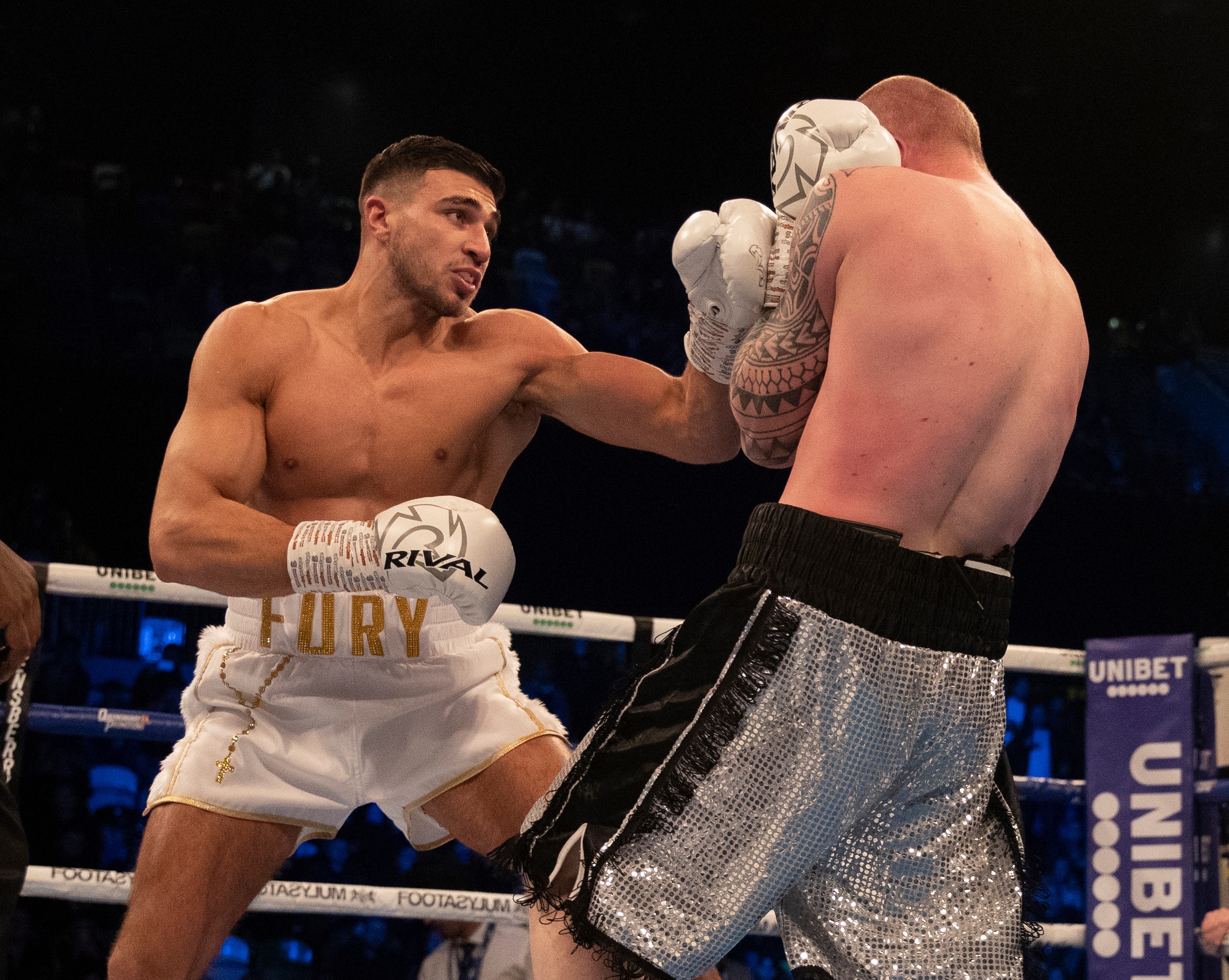 She added: “I've been with Peter now for three years.

“My last amateur fight was at the Rio 2016 Olympics and you only have to watch my face to see how much I've changed.

“Not just the way I box but also my demeanor, my confidence.

“Just being around him, the way he looks at life, his philosophy I think it’s rubbed off on me.

“I honestly feel like with Peter in my corner I could conquer the world."

Fury also trains his son Hughie and was keen to work with Marshall just after her professional debut in Las Vegas.

The World champ has lifted the lid on when she first stepped foot in the maestro’s gym where she tried to knock 6ft Love Island star Tommy Fury’s 'head off' in sparring.

Marshall continued: “Peter didn’t know anything about me but he said to Tommy ‘don't you dare hit her’.

“So we were sparring and I was trying to knock Tommy’s head off and he wasn’t allowed to hit me, but he was just untouchable.

“I couldn’t lay a glove on him, he was just dodging!

“it just totally opened my eyes to professional boxing because like I said, I couldn't lay a glove on Tommy.

The Hartlepool star's heroics against Rankin came just two weeks before a groundbreaking female-led show with three women’s world-title fights on one card. 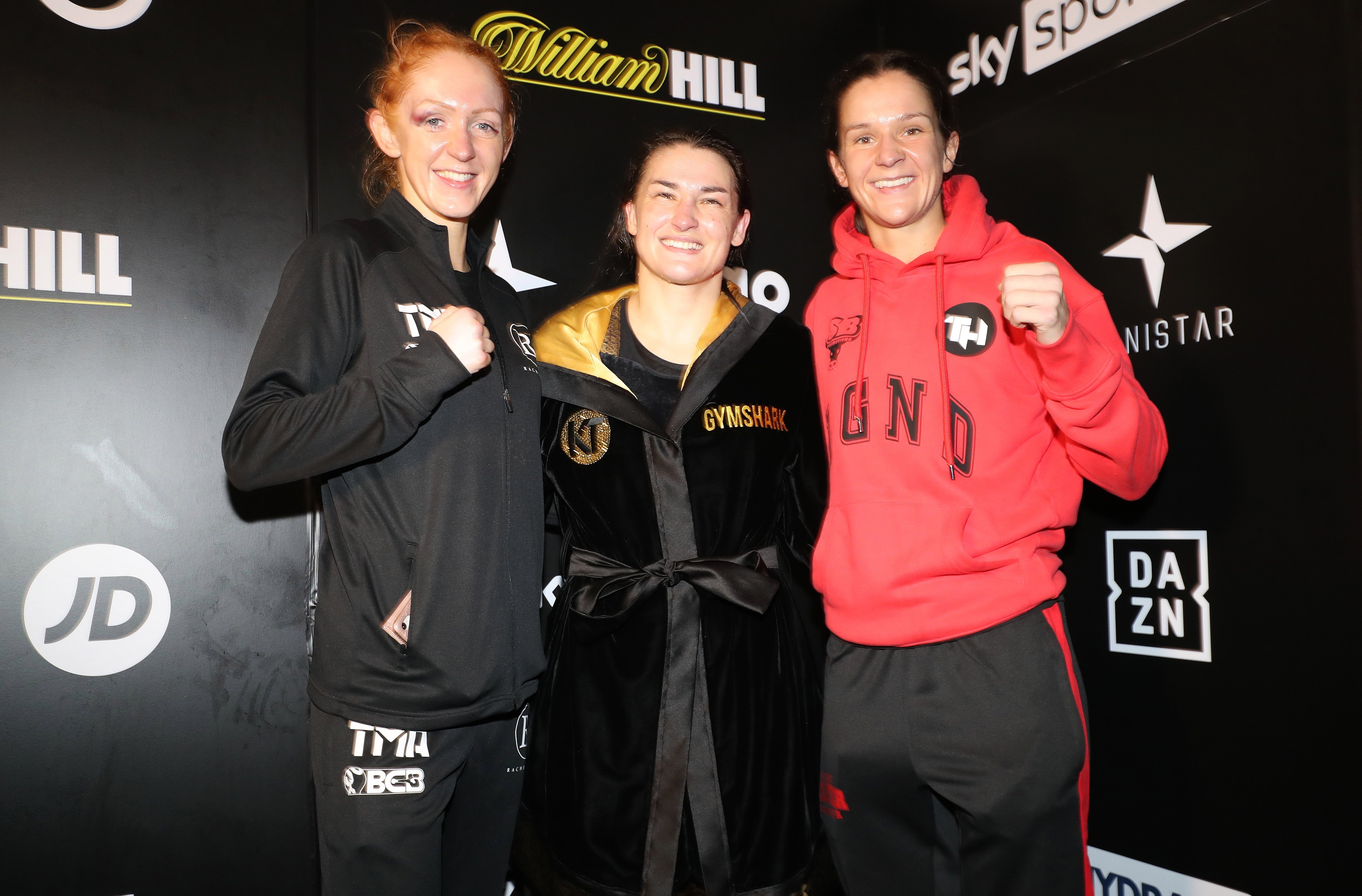 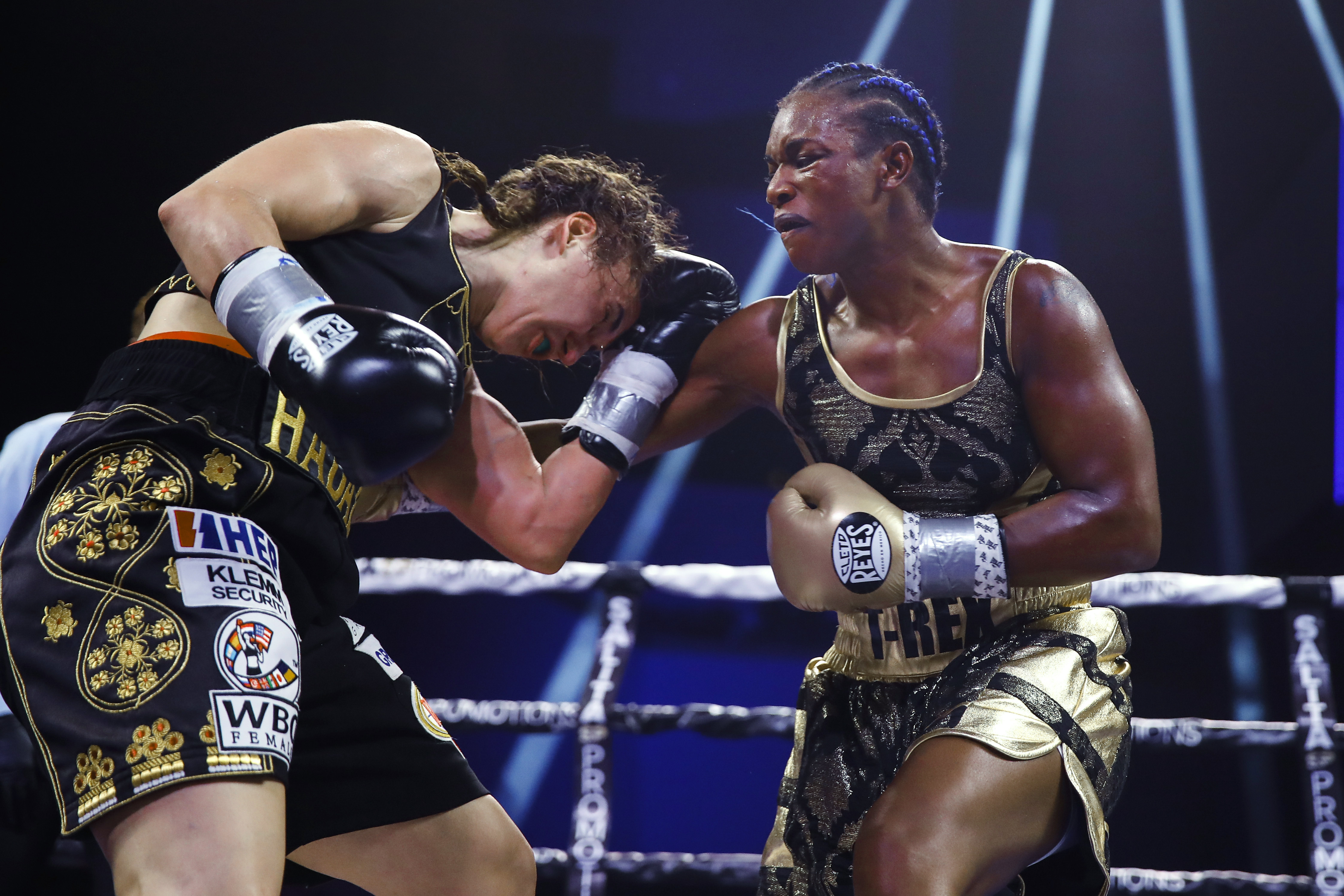 And Marshall, who first stepped into a gym at 11-years-old, knows the struggles of trying to make it in a man’s world.

She revealed: “We went to a boxing club in Sunderland and I was 13 at the time.

“We went to spar and when I got there, the coach was this old man, like an old-school boxing coach.

“I remember him pointing at me from across the gym, and he said ‘what’s that?’

“At the time, I just pretended I didn't hear it. My coach went, ‘what do you mean? She’s my female boxer.

“He said ‘there's no girls allowed in this gym’.

“I wasn't allowed to spar because I was a girl and I just had to watch. I didn’t like sparring but if that was my favorite thing that could have ruined my dreams.”

Marshall has always been a sport nut and her family have been in her corner every step of the way.

She recalls her mum, Christine, saving up for her first pair of boxing gloves for a Christmas present when she was 11-years-old.

The middleweight ruler said: “I think my mam just thought it was a phase and I remember when I first asked for gloves we never ever had money.

“They were expensive and I remember my mam saying ‘we'll see, if you carry on going I'll buy you a pair of boxing gloves’.

“I had been there for about six months and over Christmas I got a pair of baby blue boxing gloves.”

The Brit now hopes to fight undisputed queen Claressa Shields from America next year, who she already beat as an amateur.

She said: “I think that is the biggest fight in female boxing. I don't think that there's anything that will top that.”