Ruiz Jr shocked the world after replacing Jarrell Miller to become the first man to beat AJ with a seventh-round TKO win at Madison Square Garden in June 2019. 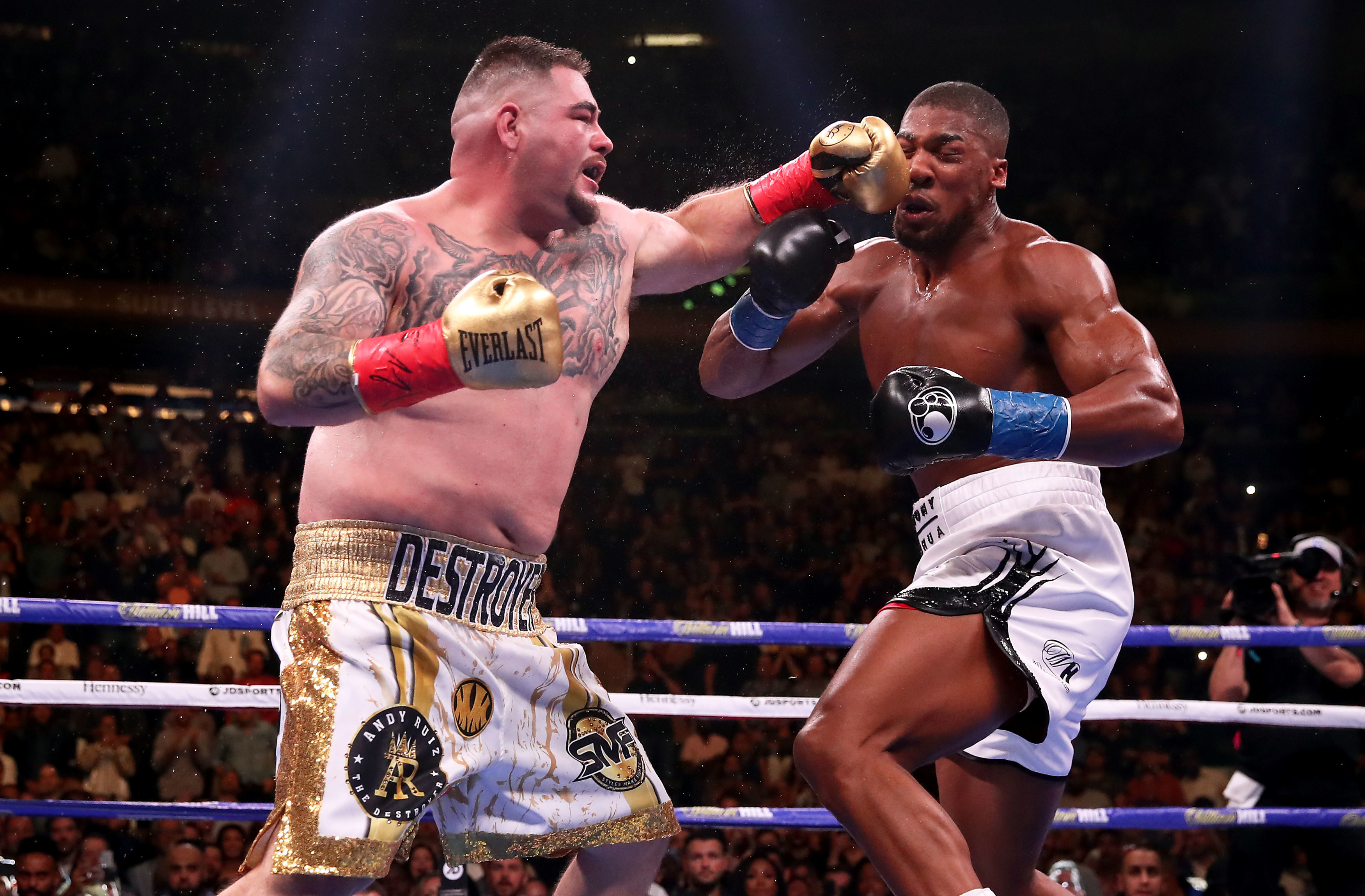 Then Joshua returned to win back his IBF, WBA and WBO belts in the rematch six months later.

However, Joshua's training camp manager David Ghansa has revealed secret text messages show the American was almost a sparring partner for AJ during preparation for his intended bout with Miller, who failed a drugs test in the lead-up to the fight.

Ghansa said: "When he was meant to fight Miller, I put together a list.

"Andy hadn't replied to my messages.

"Eddie messaged him and, within 10 minutes, showed me a screenshot of Ruiz Jr's reply.

"He wanted to know the dates and for how long he would be needed.

"So Ruiz Jr was meant to come to our camp to be a sparring partner when AJ was supposed to fight Miller.

"When Miller then failed a drug test, Ruiz Jr messaged Eddie and said, 'I don't want to come for sparring, I want my name in the hat to fight AJ'.

"This is the problem we have. There aren't that many guys. At the time, he fit the bill."

Joshua won the rematch between the pair in Saudi Arabia by unanimous decision to reclaim his heavyweight champion status.

Ghansa, who as training camp manager sources the 23-1 fighter's sparring partners, also revealed Deontay Wilder had been contacted to spar AJ in 2016, despite being a defending WBC champion.

Ghansa said: "We asked Wilder to spar once, this was just after AJ beat [Charles] Martin.

"Wilder was in Sheffield getting ready to fight Alexander Povetkin.

"AJ and Wilder weren't really on each other's radars, at the time.

It has been confirmed Joshua will spar with Joe Joyce for his upcoming title defence against Bulgarian Kubrat Pulev, before two highly-anticipated encounters with WBC champion Tyson Fury next year.