ESTEBAN OCON was forced to RUN back to the podium after missing his marker having won the Hungarian Grand Prix.

An absolute thriller in Budapest ended with the Frenchman winning his, and team Alpine's, first race in Formula One. 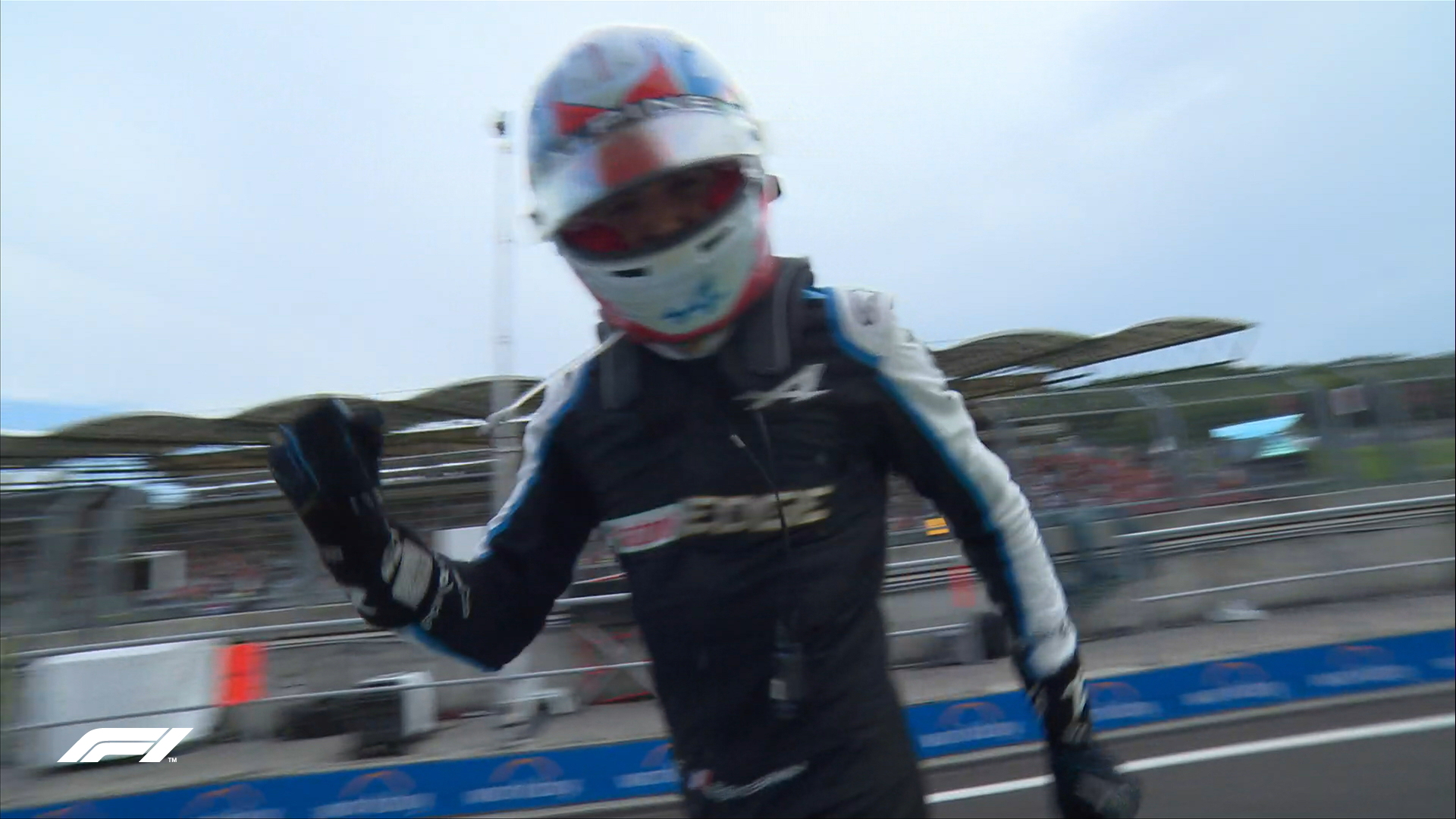 And the 24-year-old was clearly not used to coming home first as he missed the pit lane entrance to park at the winners' marker set up by marshalls.

That meant he ran out of fuel after a 150-minute epic in Hungary.

Ocon was forced to park on track and jumped out to celebrate alone in front of fans in the stands.

His Alpine team clocked onto his whereabouts and rushed over to roll the car back into the pit lane as the victor ran towards the podium.

A gleeful Ocon finally arrived a couple of minutes later to lap up the adoration of his team.

Amazingly, second-placed finisher Sebastian Vettel also ran out of fuel before he could reach the pit.

The German, 34, jogged back to congratulate Ocon having spent most of the race sat on his rear wing, unable to overtake around the tight and twisting Hungaroring.

Yet it was Lewis Hamilton, in third, who appeared most knackered on the podium.

The Mercedes star could barely muster lifting his trophy after fighting from the back of the pack.

It was Hamilton's team-mate, Valtteri Bottas, responsible for the mayhem at the head of the pack on Sunday as he crashed into Lando Norris in wet conditions on the start.

Both drivers were taken out of the race in the incident, along with Sergio Perez.

Max Verstappen was also collected but carried on to finish tenth despite heavy damage. 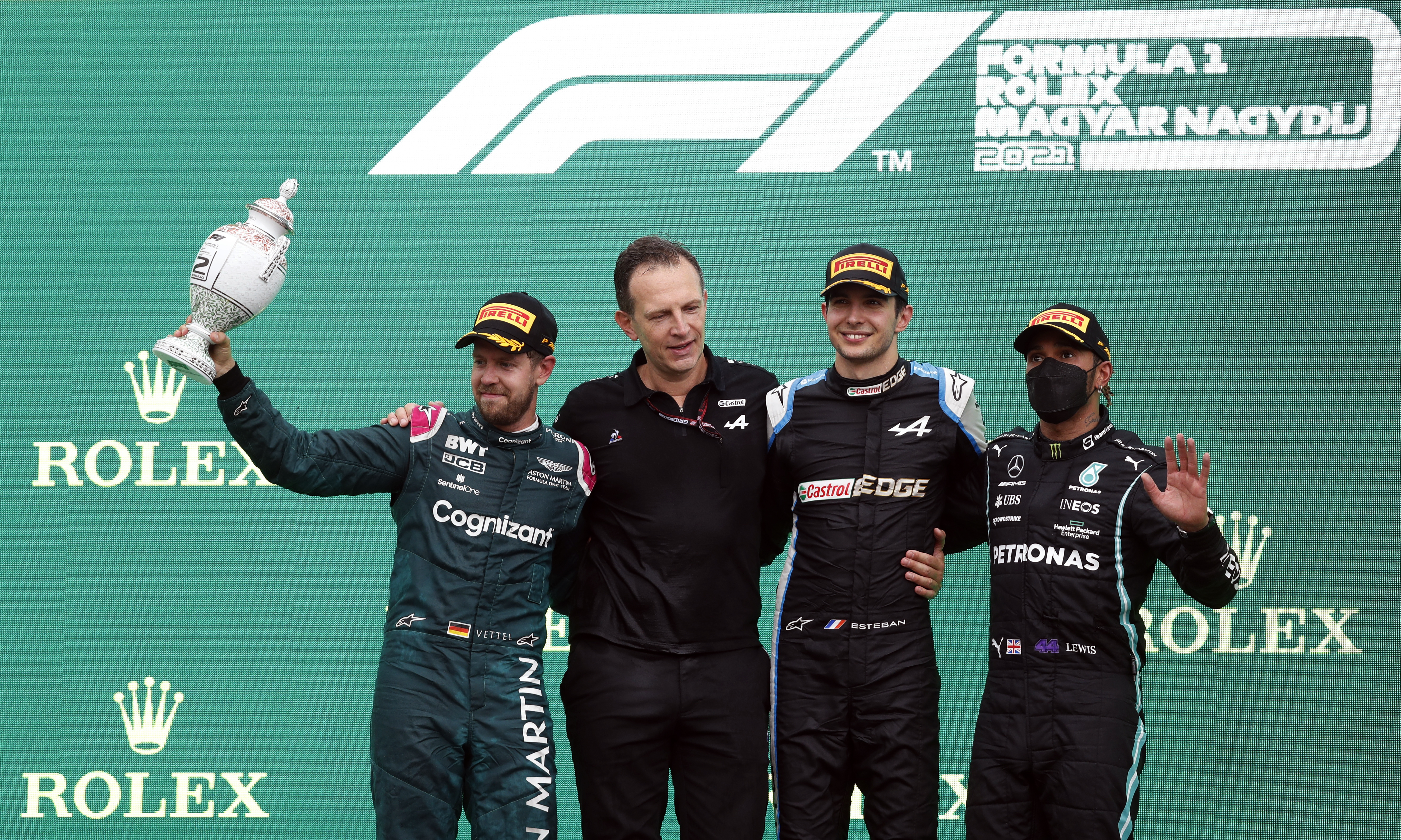