ARMANDO BROJA helped Albania do what England could not last week – and followed it up with his first-ever Premier League goal.

The 20-year-old came off the bench to score the winning goal on Saturday against Hungary, who held on for a point against Gareth Southgate’s men three days later. 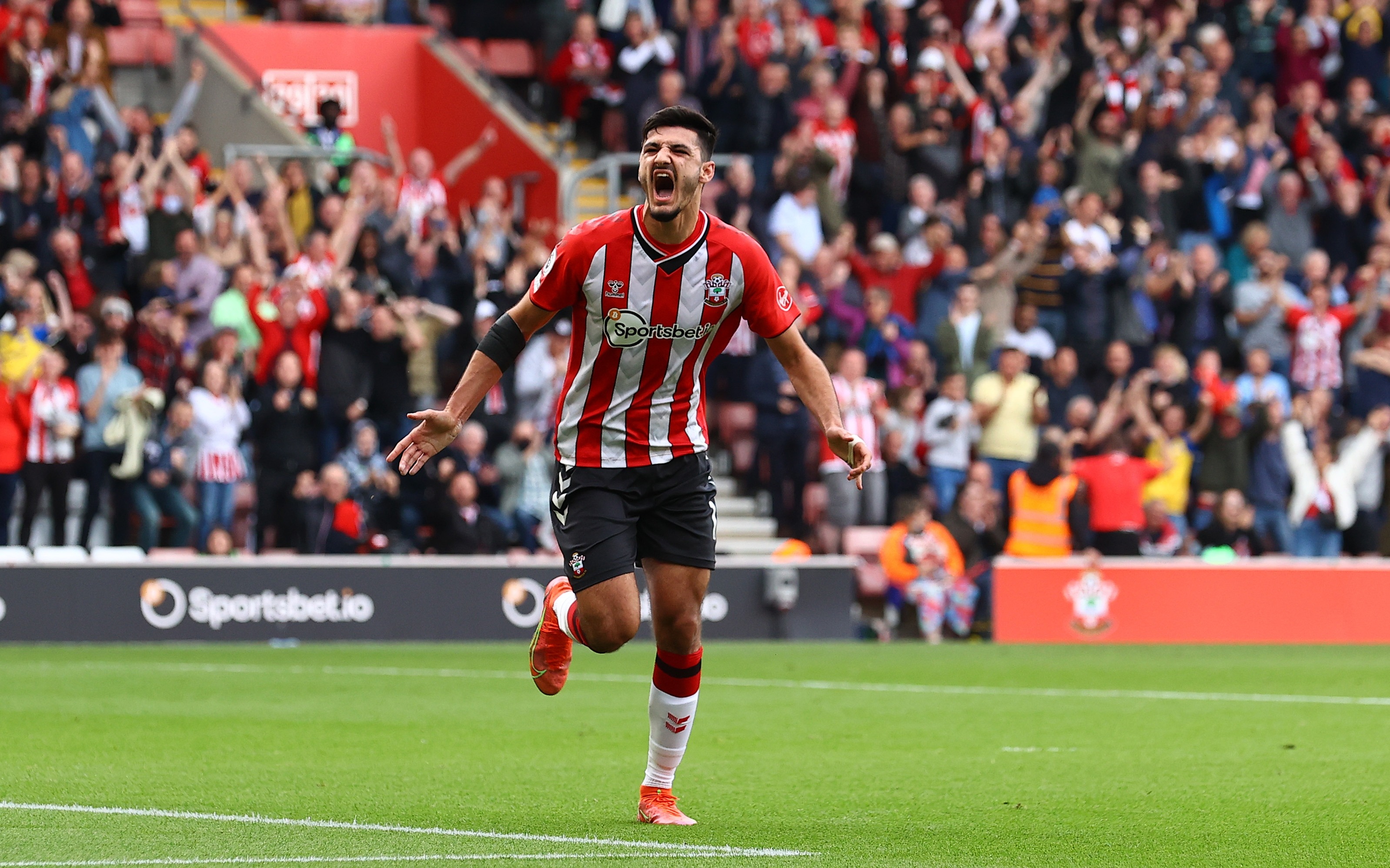 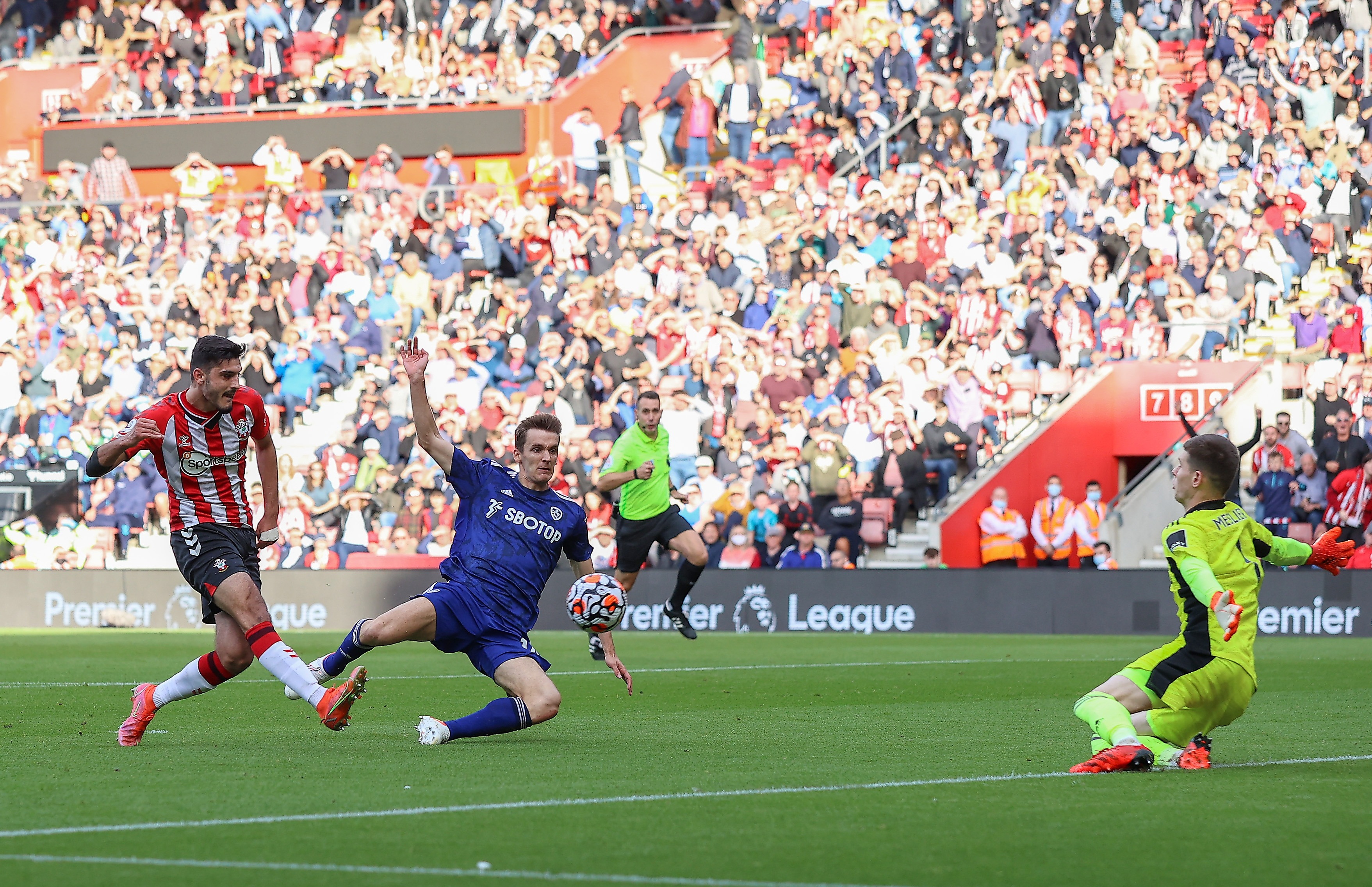 Southampton boss Ralph Hasenhuttl said he saw the Chelsea loanee as no more than “a good sub”, despite his international exploits, in his press conference ahead of this clash.

Yet the Austrian clearly had a rethink in the intervening days as he started Broja here and was rewarded with Saints’ first win of the season.

The youngster’s big moment came in the 53rd minute as he finished off a blistering counter-attack.

It was a huge three points for Hasenhuttl who really would have been under pressure had his side not seen off an injury-decimated Leeds.

Marcelo Bielsa’s team were without their three best players and, as a result, looked a shadow of the side that entertained us all last season.

Kalvin Phillips failed to recover from an calf problem, Patrick Bamford remained sidelined and Raphinha did not feature after starring for Brazil in Manaus in the early hours of Friday morning.

When speaking to the media on Thursday, Hasenhuttl warned fans not to expect this to be the football equivalent of a “five-star dinner”, even if he did come dressed for one.

Southampton’s waistcoat-and-tie clad boss was right – this game, for the most part, was as tasty as a petrol station meal deal.

But no one supporting the home side at St Mary’s would have cared, so starved were they of a victories in the Premier League.

Their run of nine winless league games stretched back into last season.

And with goals at a premium following the sale of Danny Ings to Aston Villa, fans were starting to worry that relegation was a real possibility this season.

This victory will not eradicate those worries completely but it does give them momentum ahead of Burnley, Watford, Aston Villa and Norwich in their next four.

Hasenhuttl had been scratching his head over how to solve his scoring problem with summer signing Adam Armstrong failing to find the net since Everton away on the first day of the season. 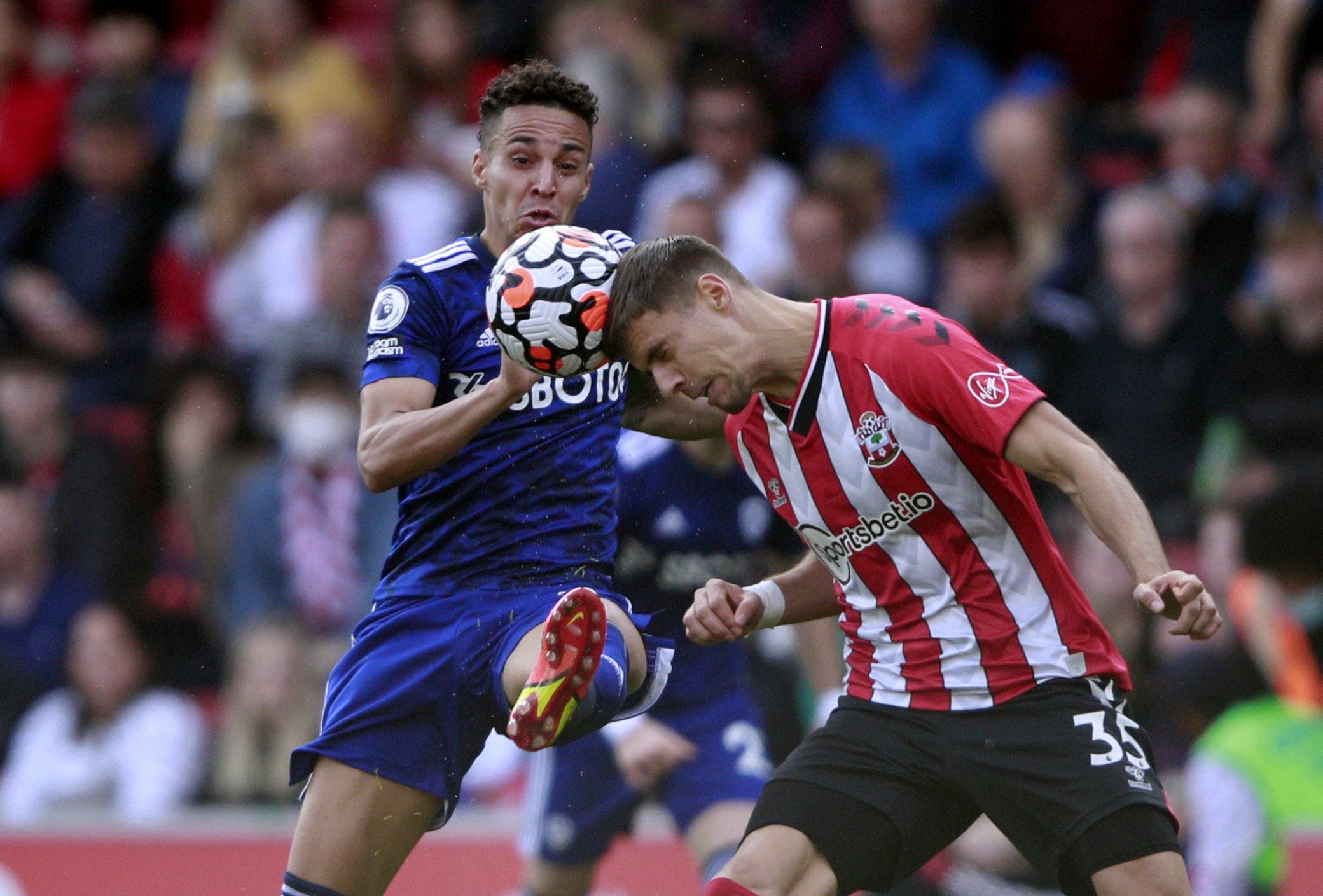 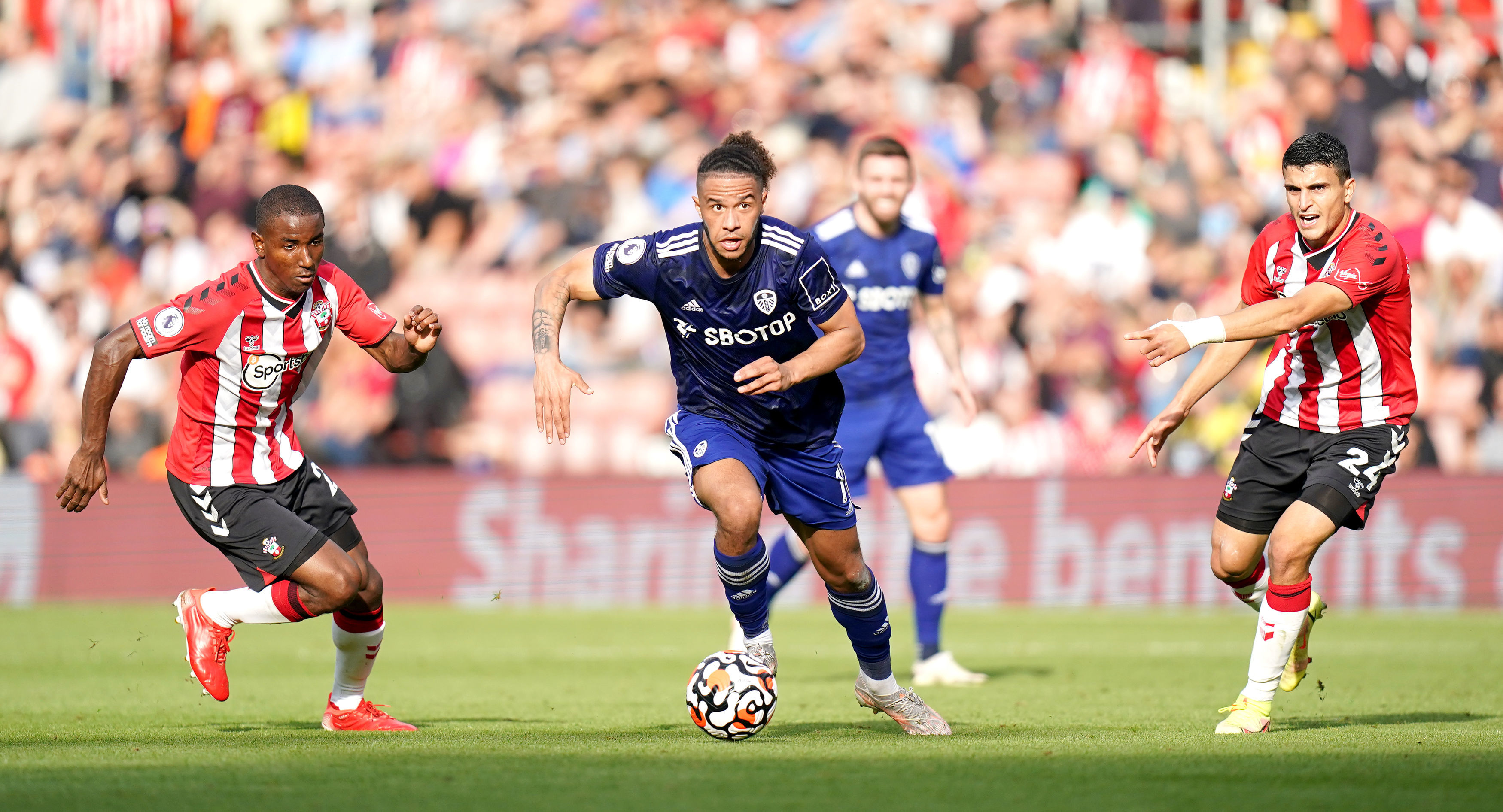 He decided to bench the ex-Blackburn man here and with Che Adams sidelined with a muscle issue, he turned to Broja despite his words prior to the game.

The former Vitesse loanee put himself about well among Leeds’ fragile backline and showed a promising partnership with Nathan Redmond.

A divisive figure among the Saints fanbase, Redmond had one of his better games and it was his corner that led to Broja flicking just wide with 18 minutes played.

Two minutes later, the same routine of 6ft3ins Broja flicking on at the near post from a Redmond corner almost led to the opener, but somehow Mohammed Elyounoussi could not turn home at the far stick.

Leeds offered so little going forward throughout but ironically it was from one of their rare attacks that Southampton scored.

The visitors had threatened through Jack Harrison and were building up confidence with a foray into Southampton’s box, but then suddenly Hasenhuttl’s men grabbed possession and a break was on. 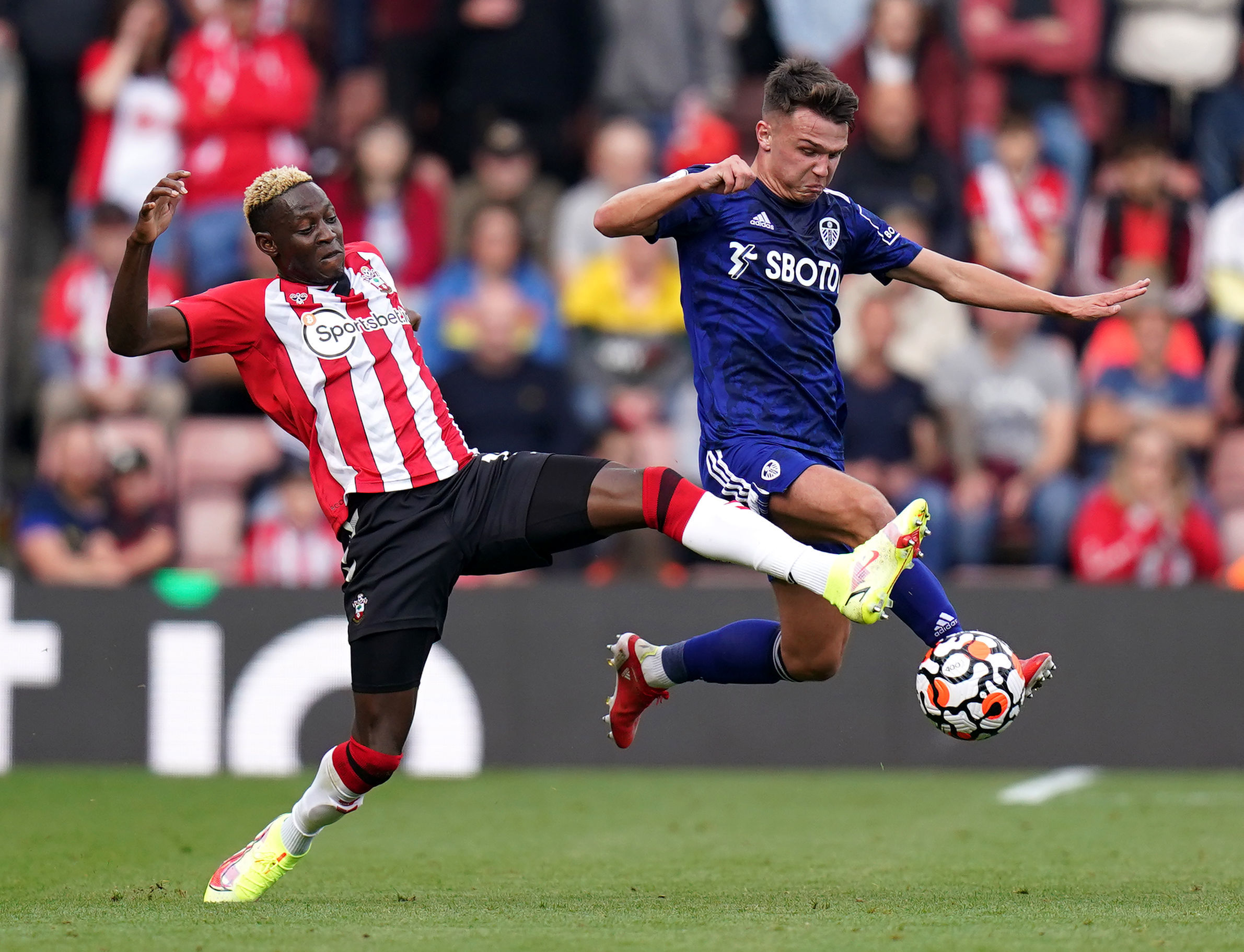 Moussa Djenepo did the hard work by sending Redmond racing away and when the England man drew the defender, Broja was wide open.

Redmond squared it to the Slough-born striker who fired into the roof of the net before being taken out by Liam Cooper.

That provided an injury scare at St Mary’s went barmy but thankfully Broja was able to continue.

Bielsa only had one player with a Premier League start this season to turn to on his bench – 19-year-old centre-back Charlie Cresswell – and so had little option but to persevere.

The nearest the beloved Argentine’s side came to a leveller was when Dan James raced through but he fired wide.

Saints held on thanks to Broja’s finish for a victory that will have gone down as well as a Michelin-star taster menu.