SOUTHAMPTON kid Alex Jankewitz was sent off on his debut after just 82 SECONDS against Manchester United.

The midfielder was given his marching orders after a horrendous challenge on Scott McTominay. 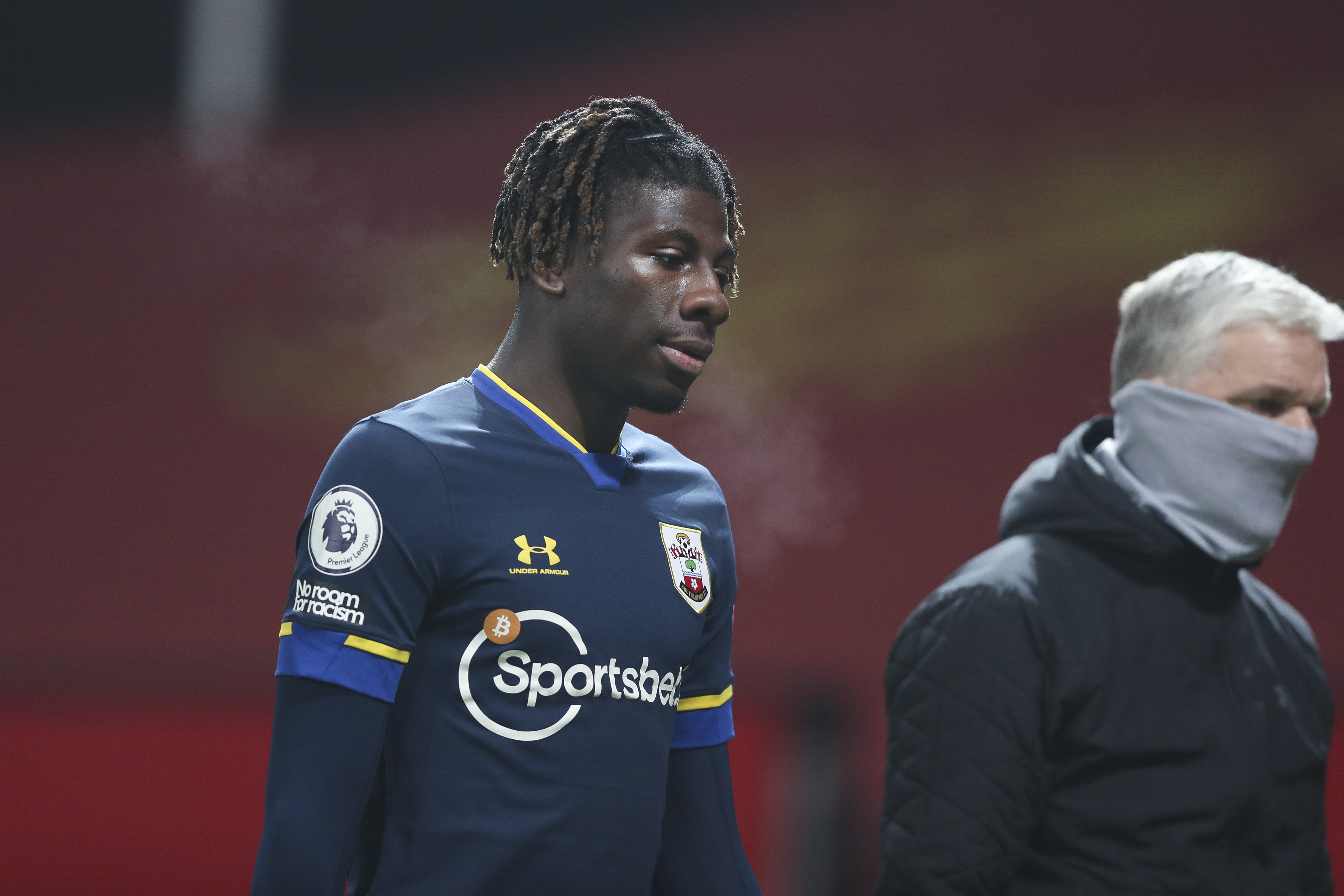 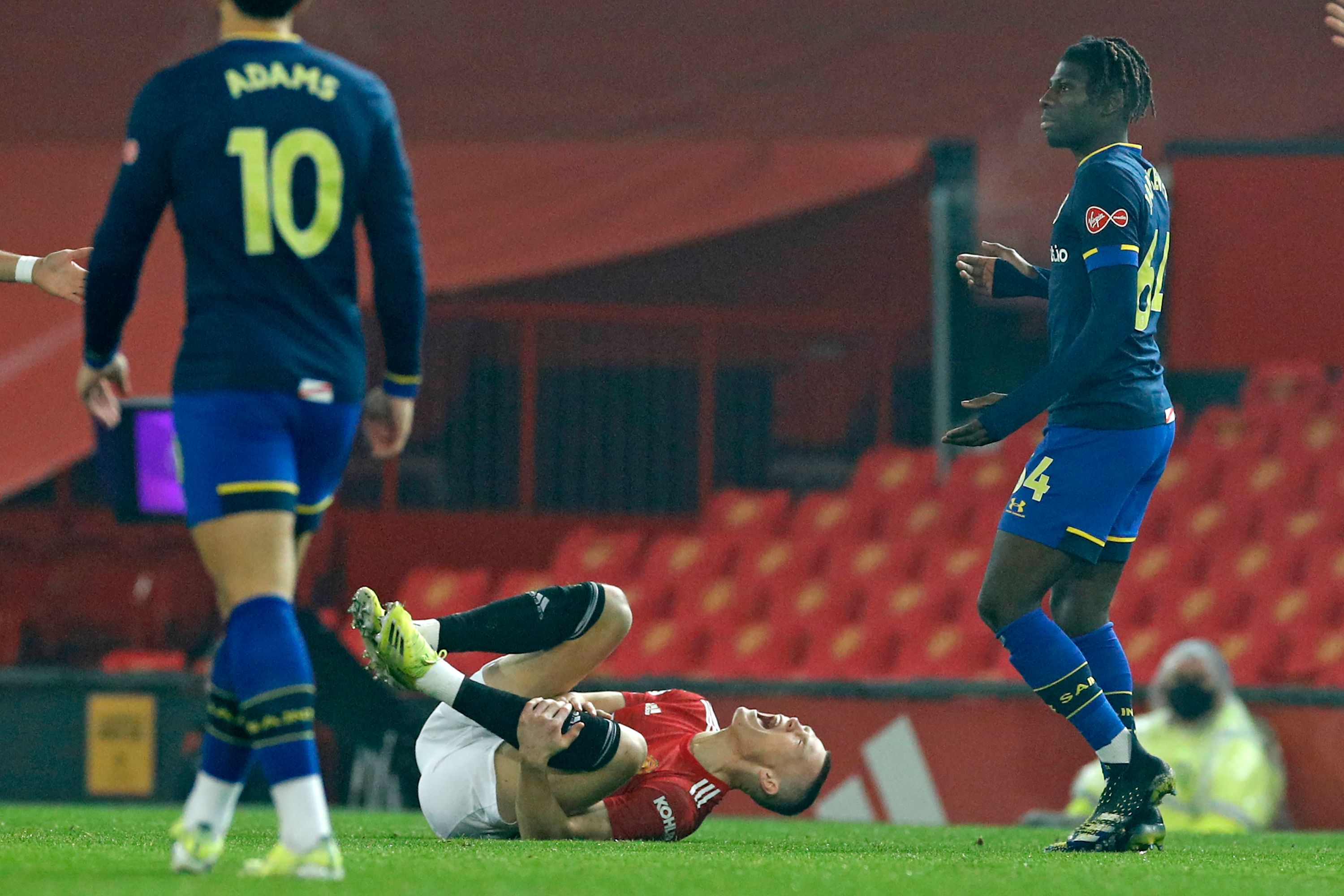 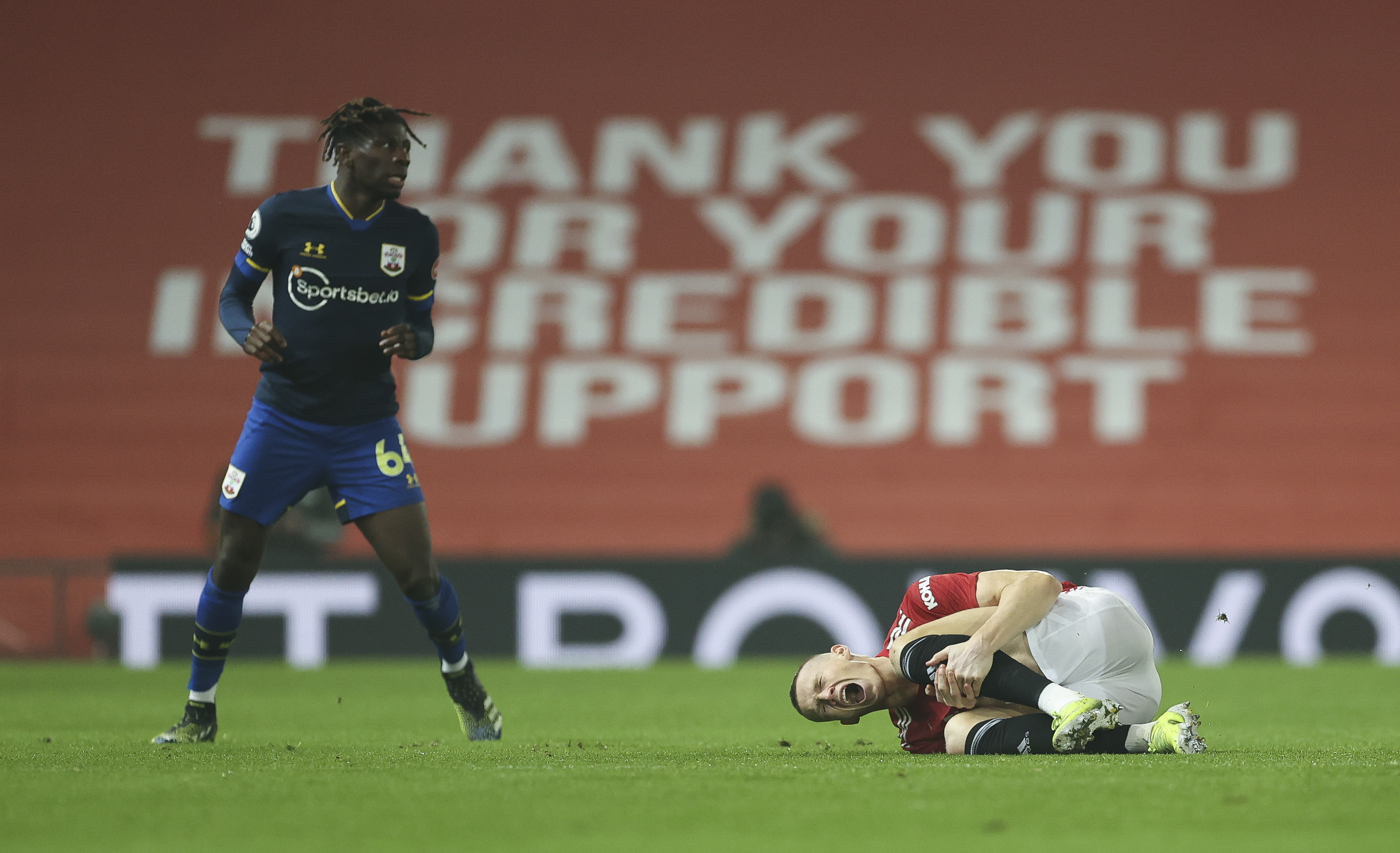 The United star was left writing on the turf in agony with stud marks on his thigh.

Referee Mike Dean had no hesitation in brandishing the red card as the 19-year-old headed off for an early bath.

He is the first player to be sent off on debut since Serge Aurier for Spurs in 2017.

Jankewitz is one of only four players to be sent off in the opening two minutes of a Premier League game.

He follows Tim Flowers for Blackburn against Leeds in Feb 1995, Ben Thatcher for Wimbledon against West Ham in December 1997 and Gareth McAuley for West Brom against Manchester City in March 2015.

The only surprise from the shocking incident was that McTominay escaped serious injury.

The Scottish midfielder managed to get up and carry on as United powered on against the ten men. 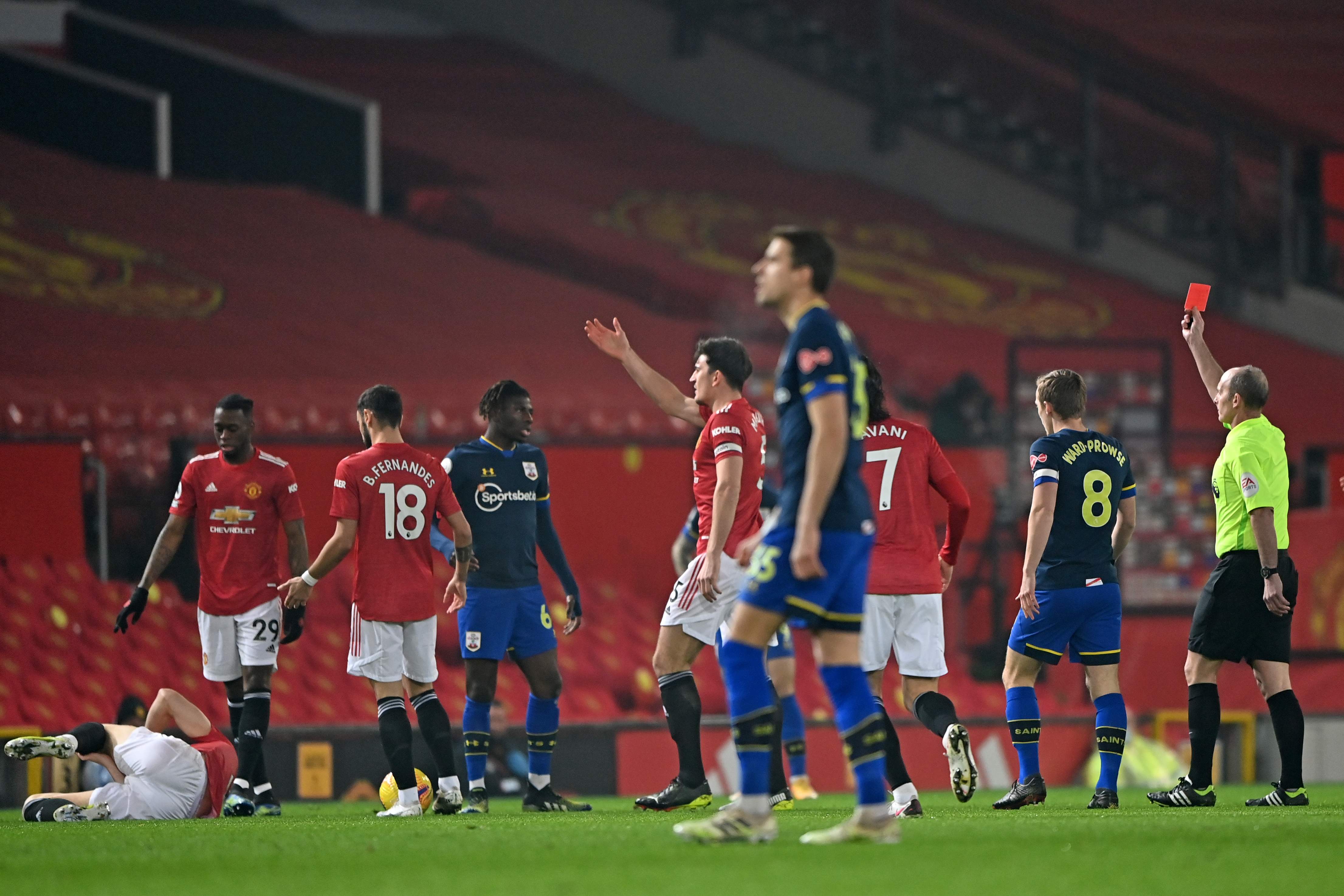 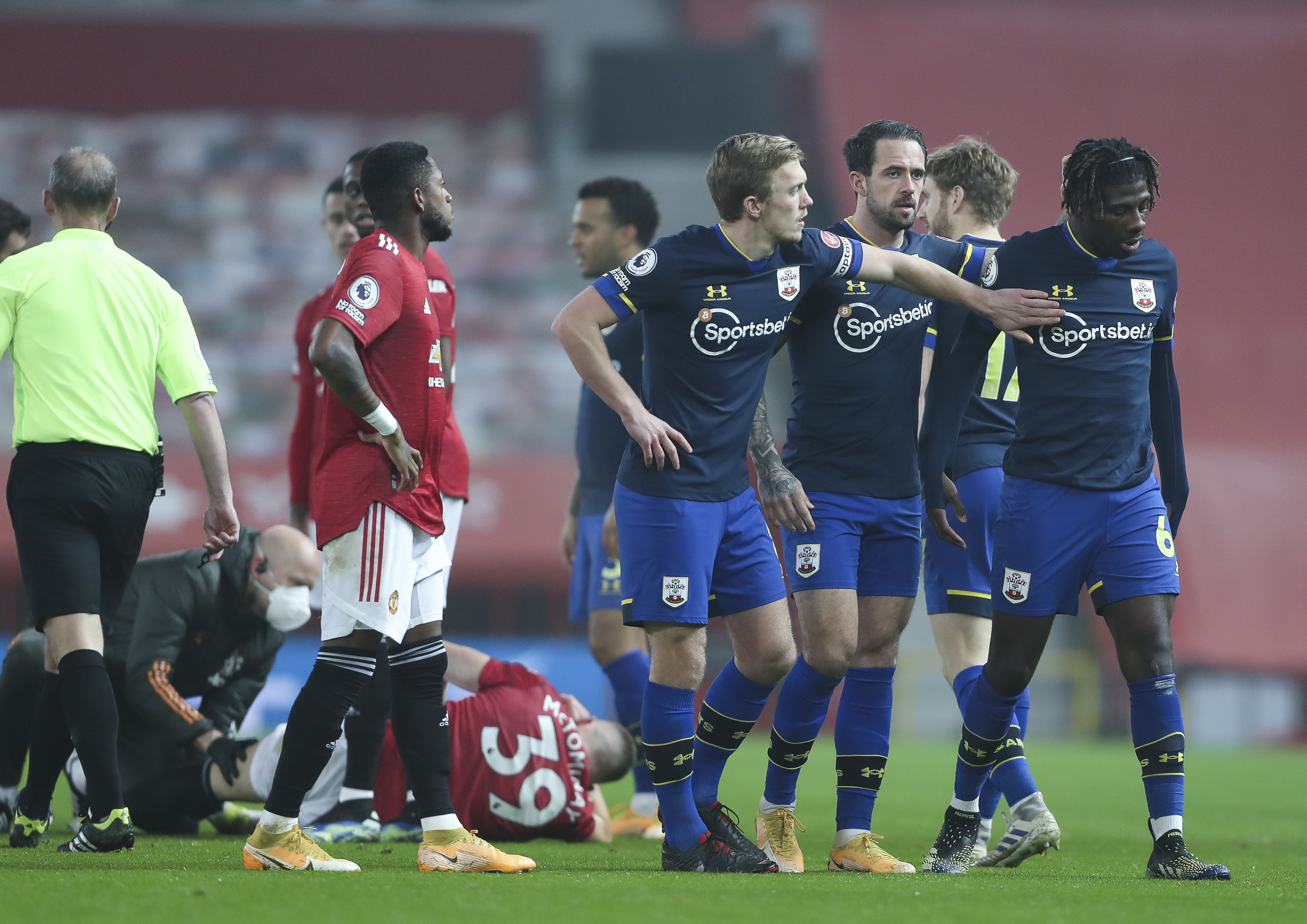 Things go worse for the injury-hit Saints as Jan Bednarek put through his own goal 11 before minutes before the break.

It was always going to prove a tough night for Ralph Hassenhuttl's side, who have the worst away record of the top 12 teams in the Premier League.

And going down to ten men so early made it mission impossible.

Edinson Cavani powered in a header as United went into the interval 4-0 up and coasting.