Home » Sport » Super Bowl 2021: How Tom Brady cemented his legacy as the greatest of all time 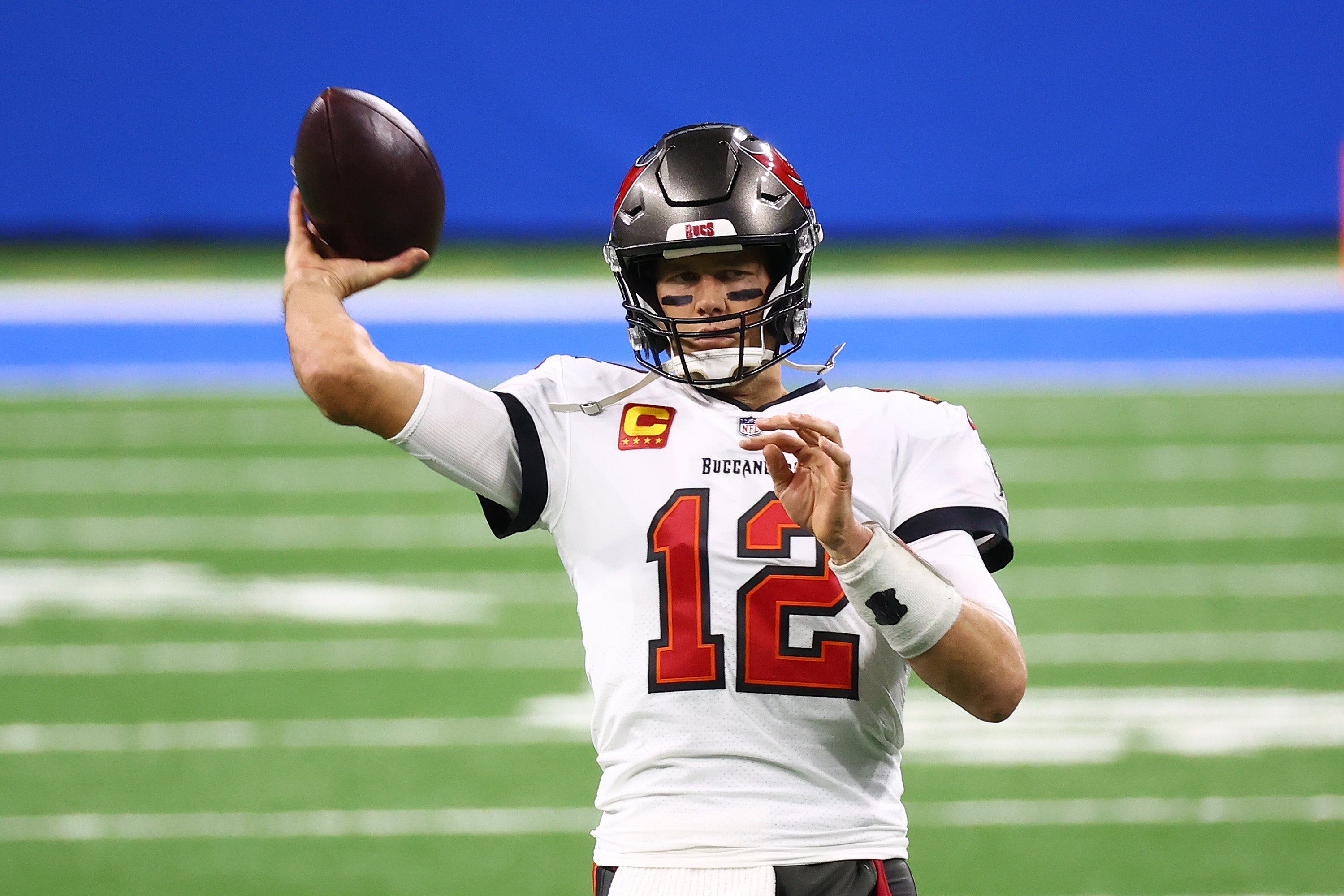 After Patrick Mahomes’ thrilling victory in last year’s Super Bowl, it was thought that with a new sheriff in town, the passing of the mantle may have already occurred. But instead, Brady has enhanced his reputation in two ways: firstly embracing the ‘no risk it, no biscuit’ mentality of his head coach Bruce Arians to showcase the potent arsenal of weapons that are equipped to hang with gun-slinging Mahomes and the Chiefs. But secondly there was the more subtle achievement, for the most part he simply resembled the No 12 that everybody had grown familiar with over two decades.

“I haven’t noticed a difference at all,” two-time Super Bowl winner Osi Umenyiora confesses. “Without a doubt the greatest football player we’ve ever seen.

“To have done it with all the difficulties this year, moving to a different team, no pre-season, no off-season, to play at this level defies reality.

“Look at the way he throws the football, he still has zip, the arm strength, the touch, the decision-making. He could play for another five years, which is just ridiculous.”

Perhaps Bill Belichick was hiding Brady’s appetite to thrill the neutral all along, as Brady has embraced the risky nature of Arians and offensive co-ordinator Byron Leftwich’s offense, posting a league-high 9.1 intended air yards per pass attempt, according to Pro Football Reference, on his way to 40 touchdowns – only Aaron Rodgers, the presumptive MVP, had more at 48.

There could not have been a better example than the NFC Championship two weeks ago with eight seconds remaining in the first half. Most quarterbacks and coaches would have simply admired a four-point advantage on the road with one half of football between them and the big dance. Not so Brady, who stepped into a deep ball with the torque of a championship boxer delivering a haymaker, placing a beautifully-spun ball into the stride of Scotty Miller for the touchdown and, ultimately, a dagger to the heart of the Packers.

It is why in the strangest of years, with minimal opportunity to diversify your game due to no pre-season and the evolving nature of almost all of the relationships with his team-mates, that this chapter has already proven to be so revealing. 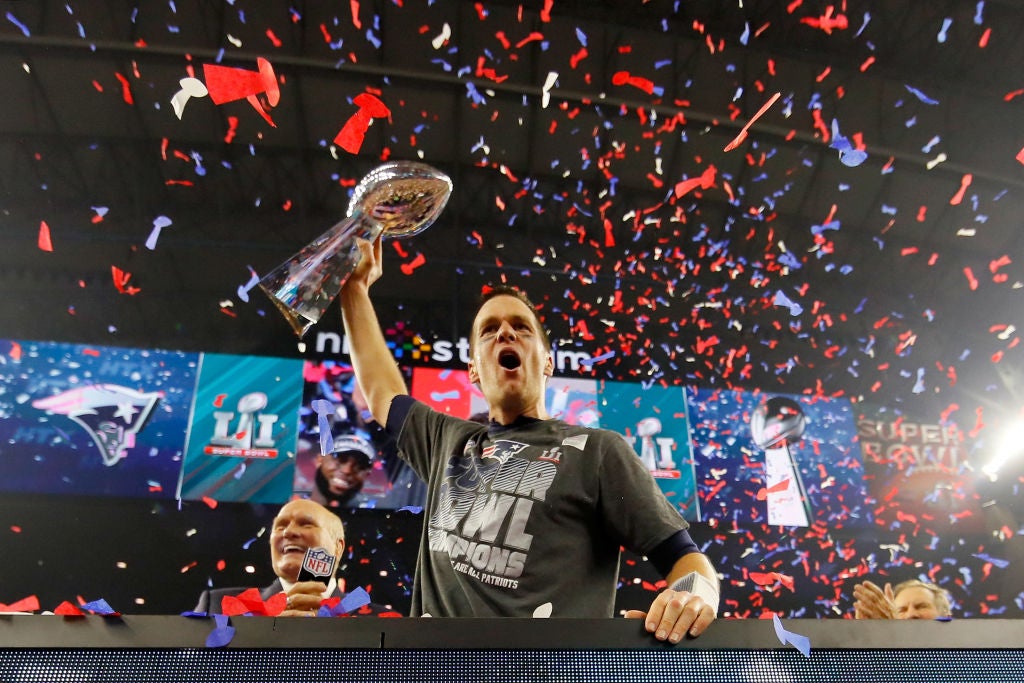 “Tom Brady practically wrote the playbook on what it is to be a quarterback,” claims Briton’s Efe Obada, of the Carolina Panthers, who nailed Brady for one of only 21 sacks absorbed this season. “The ball comes out quick.”

Another trusted target for Brady is Mike Evans, with the pair enduring a rocky start to their relationship on the field. But despite their initial struggles, which saw tempers flare on the field during turnovers, Brady and the former All Pro receiver have dialled in their rapport on the field.

“It feels like he’s young. He’s 43 and can still spin it, he can move a little bit too,” Evans adds. “It’s had its ups and downs this year and it’s a fairly new team learning on the fly, but I feel like we’re still peaking.

“It’s great to be able to catch passes from the GOAT, I never thought I would get the opportunity, when I was a kid, I grew up not liking Tom Brady as I was a Peyton Manning fan, now I’m the biggest Tom Brady fan.”

Not everything is completely new for Brady in Tampa Bay though, the Robin to his Batman, Rob Gronkowski, jumped at the chance to come out of retirement after departing New England a year earlier. And the hulking tight end maintains Brady’s influence stretches far beyond the box score.

READ MORE: Why the Super Bowl still matters so much to America

“His coaching dynamic that he brings to the table. You don’t see that in the box score, you don’t see that out on the field like when he’s at practice he’s coaching players up on where he wants them to be,” Gronkowski reveals. “Not just for himself, it’s always for the best interests of the team and he’s just always helping guys out to get to the next level – just so the team can be overall better and stronger.

“He brings so much of that to the table and you never see it unless you’re a part of the organisation or a player on the team.”

This season has only proven the immense leadership Brady possessed in Foxborough, shouldering the burden on Belichick to maintain exemplary standards for two decades.

So the journey to this point, as a “very average athlete”, according to Canadian Football League coach and Sky Sports analyst Jeff Reinebold, illustrates both his remarkable excellence and longevity, with the former somewhat under appreciated in recent years.

Sunday is merely the cherry on top of the cake, but Brady’s greatness is that he still doesn’t realise it.