A SUPERCOMPUTER has predicted Manchester United will win six out of their next ten games.

Though interim boss Michael Carrick will endure a horrid start in charge of the Red Devils. 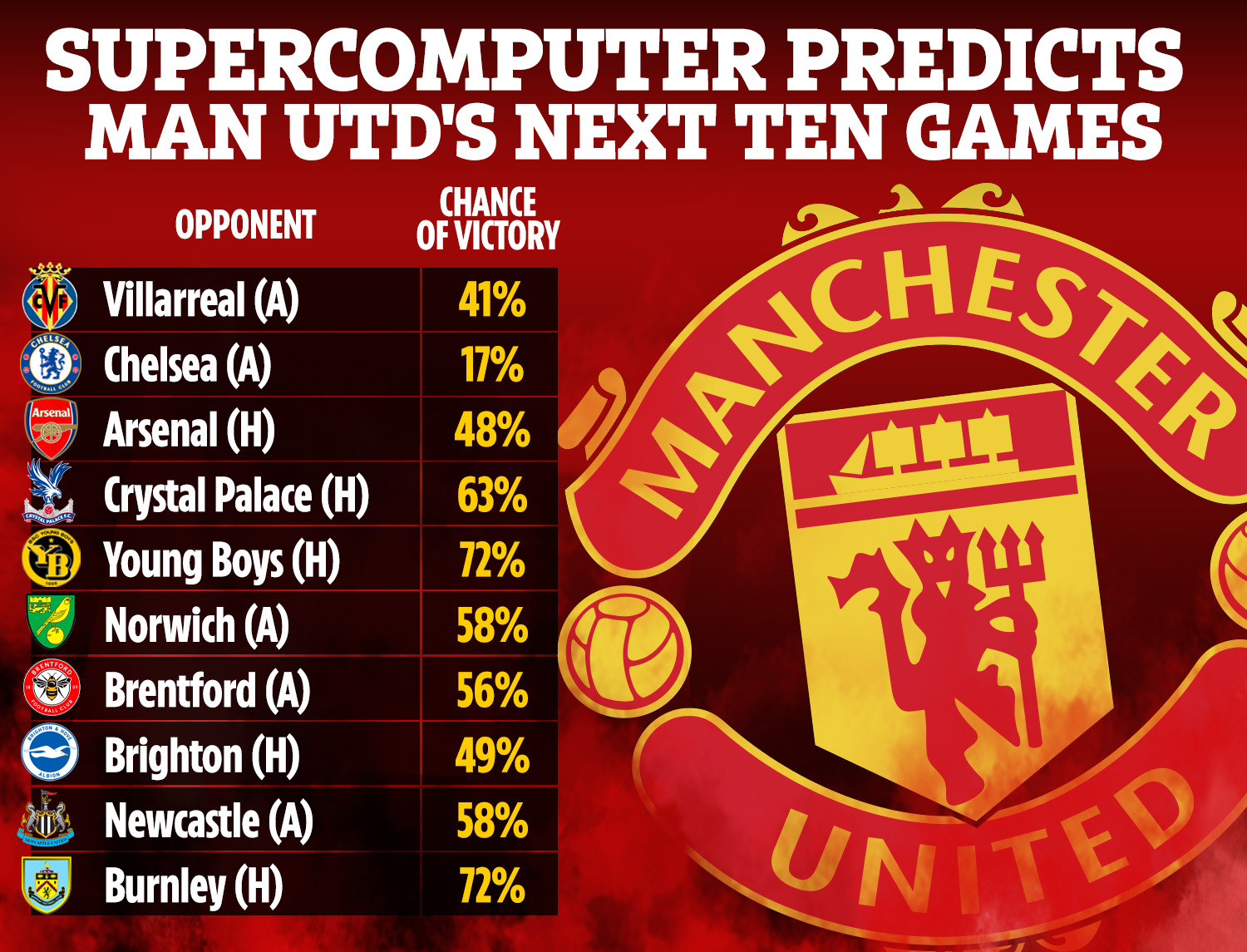 The former United midfielder has taken over from Ole Gunnar Solskjaer, after the Norwegian gaffer was sacked on Sunday.

United, who currently sit eighth in the table, have picked up just four points from their last seven Premier League fixtures.

And in stats obtained by the boffins at bettingexpert, the club could have suffer for two more weeks before an upturn in form.

A supercomputer has predicted that United will fail to win any of their upcoming three matches.

They have been given a 42 per cent chance of beating Villarreal in the Champions League on Tuesday in what will be Carrick's first game.

But after those three matches, United could be set to rake in the victories in the home clashes against Crystal Palace and Swiss outfit Young Boys.

Though they haven't been backed to beat Brighton on December 18, with the Seagulls having a 51 per cent chance of claiming a result.

However United have been predicted to win their last two matches of 2021 against Newcastle and Burnley. 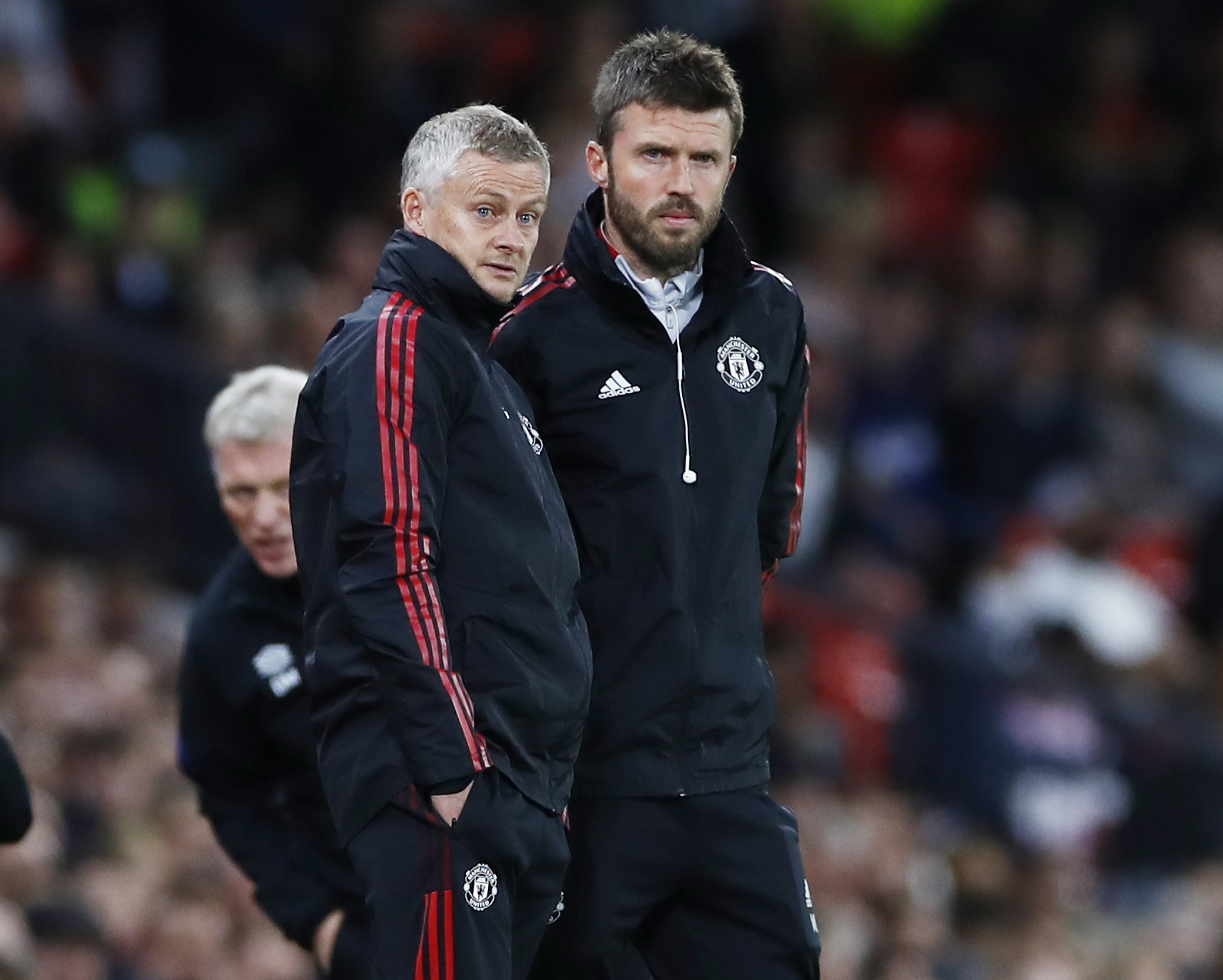 Carrick may not be in charge for many of United's upcoming games, with SunSport exclusively revealing how Leicester boss Brendan Rodgers has been contacted.

The Red Devils, who sit two points above the Foxes, are prepared to pay Rodgers' £8million compensation fee.

That is on top of the £7.5m they will have to hand over to Solskjaer as part of his severance package.