Home » Sport » Tokyo 2020: Geraint Thomas crashes in Olympics men's road race while fans turn up to watch despite plea to stay away

CYCLING fans would not be denied from watching the men's road race in Tokyo – where Geraint Thomas suffered yet another fall.

The delayed Olympic Games in Japan this year has been hosted behind-closed-doors, without spectators amid the coronavirus pandemic. 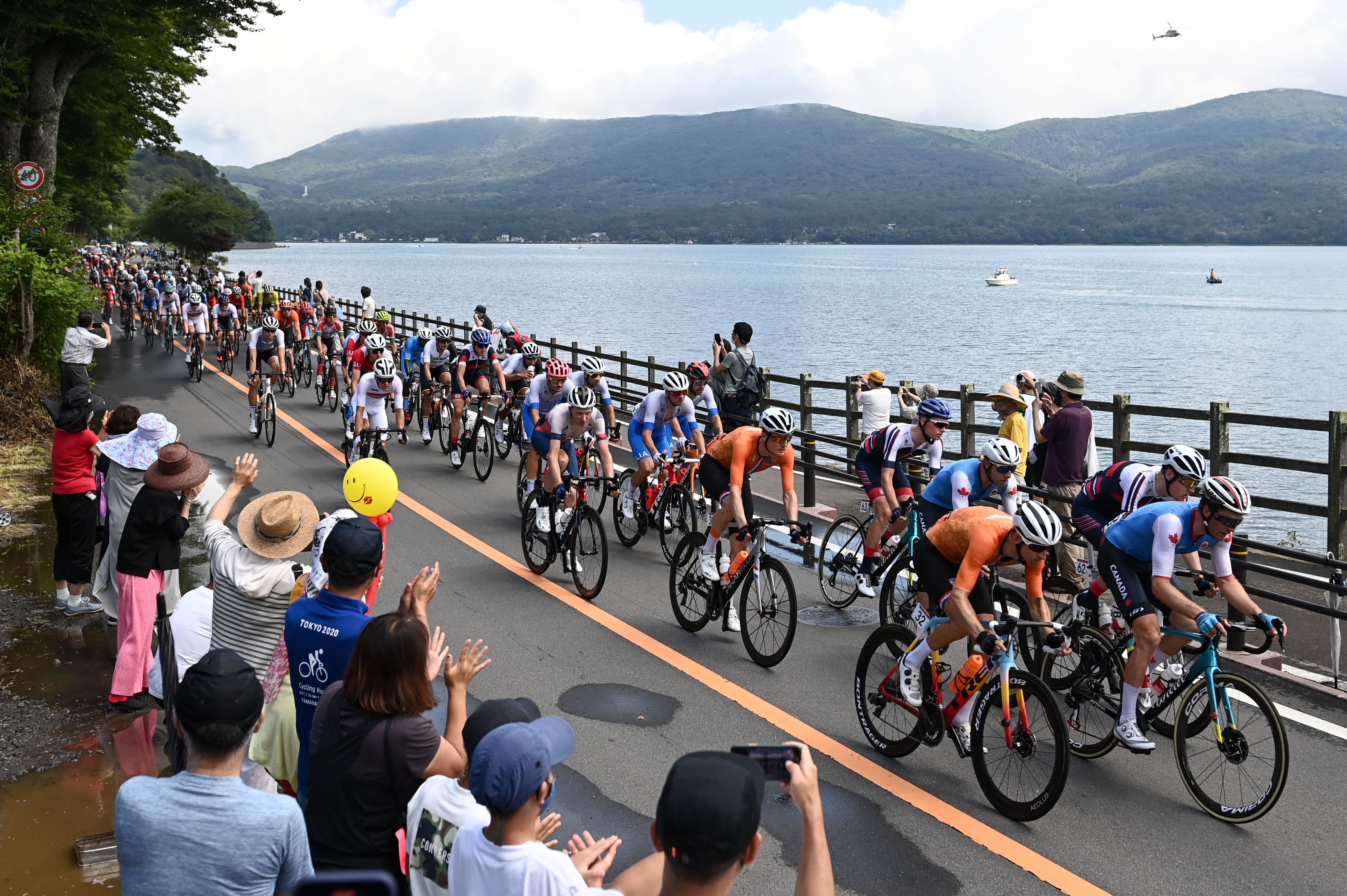 But it did not stop fans from filling up the course, which started in Musashinonomori Park and ends at the Fuji Speedway.

Supporters stood by the side of the road and took pictures and videos on their phones.

Fortunately, there was no repeat of this year's Tour de France, which had a massive pile up after a rider hit into a fan holding a sign.

Team GB are represented by Geraint Thomas, Tao Geoghegan Hart and twins Adam and Simon Yates in the men's race.

But it was almost a disaster for double-Olympic gold medalist Thomas, who crashed early in the race with team-mate Geoghegan Hart.

The Brit star suffered a similar fall in the Tour de France, which all-but ruined his chances in the race.

And it was a similar story for him in Rio five years ago, where Thomas hit the deck and left him unable to catch up with the pack.

But in Tokyo, recovered well and continued his campaign in the peloton.