“WE’RE MAKING HISTORY!” bellowed the hype man as the instrumental of Drake’s “God’s Plan” pumped around the Aomi Urban Sports Park. For once, a hype man was not embellishing the truth.

On a warm Wednesday evening in Tokyo, three-on-three basketball (known as 3×3) set about crowning its first Olympic champions. The casual, younger sibling of the more renowned five-v-five behemoth was finally stepping out of the shadows for recognition of its own.

Its roots as an entity are relatively unknown because every nation has its own version. Being, ultimately, “pick-up” basketball makes it hard to pin down to a time or place with any certainty.

But following broad standardisation across the United States in the early 2000s and the International Basketball Federation’s (FIBA) efforts to raise it as a standalone pursuit, serious moves have been made. And on 28 July 2021, Latvia’s men and the USA’s women became its first Olympic Gold Medalists, both beating teams from the Russian Olympic Committee, who had to settle for silver.

Every Games has a sport that grabs the attention of the four(five)-year casual, and 3×3 might be the one of Tokyo 2020. It met all the necessary requirements: quick to understand, all-action, easily digestible (games last just 10 minutes) and done and dusted before the athletics started. And with the added extra of maintaining the soul of its grassroots beginnings.

Three-on-three is, essentially, a refined version of the basketball played largely in the streets and on public courts, where space is at a premium and the respect earned – and the ridicule – follows you home. The smaller confines put the onus on constant movement and tight handling.

Player-to-player coverage encourages misdirection. Crossovers, stop-and-gos and flashy dimes (assists to you and me) are the most effective ways of bettering your marker. It is why each player during this tournament was judged by an extra “highlights per game” metric. Even with the added jeopardy of medals up for grabs, there was no compromise on flair or tempo.

Even with refinement, it still carries the rough edges of imperfect shooting techniques and a physicality experienced by all who try their hand at basketball for the first time. The women’s final was a particularly brutal affair. 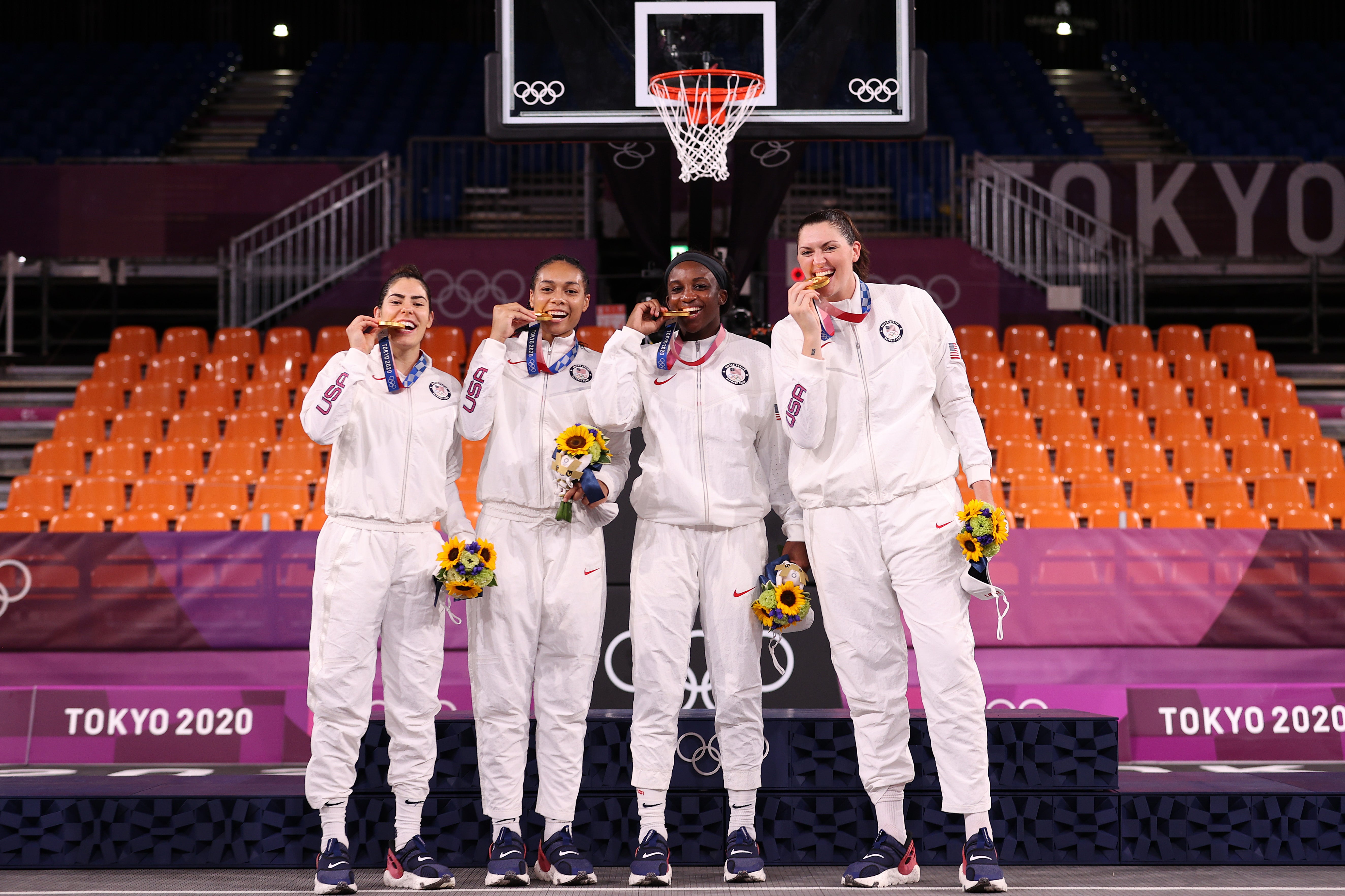 The rules also enhance the event’s rough and ready nature: You win by being the first to 21 points or by being ahead when the 10 minutes expire. Points are one and two instead of two and three for shots outside the key. The reduced scoring means hanging back and shooting from deep has little extra value, especially as rebounds are so vital and turnovers are especially damaging. An extra quirk is the defensive team must take the ball outside the key before attempting to score.

The International Olympic Committee has come under intense scrutiny for including 3×3, skateboarding, even breakdancing – which will become part of the programme in 2024 – while ignoring more traditional sports like squash. And no doubt there’s an element of “how do you do, fellow kids?” to Thomas Bach and the rest of his committee ratifying these sports, along with trying to cosy up to the Fortnite generation with a view to gaining access to their pockets.

But over this last week, 3×3 has ticked all the boxes: It is an engaging spectacle, players buy in to what’s at stake and, if social media is anything to go by, it has captured the imagination of a global audience and no doubt enhanced its recreational player base.

Basketball England, for example, offers 3×3 as a gateway into full-court basketball, or even as just a place where you can embrace the razzle-dazzle you did not know you had. And to see a country like Mongolia in the women’s competition, right the way up to WNBA stars taking the US to glory was a nod to its everyman and -woman qualities. And it’s a little bit funny that the US men’s team, the reigning world champions, failed to qualify.

Fittingly, we got an exciting climax. 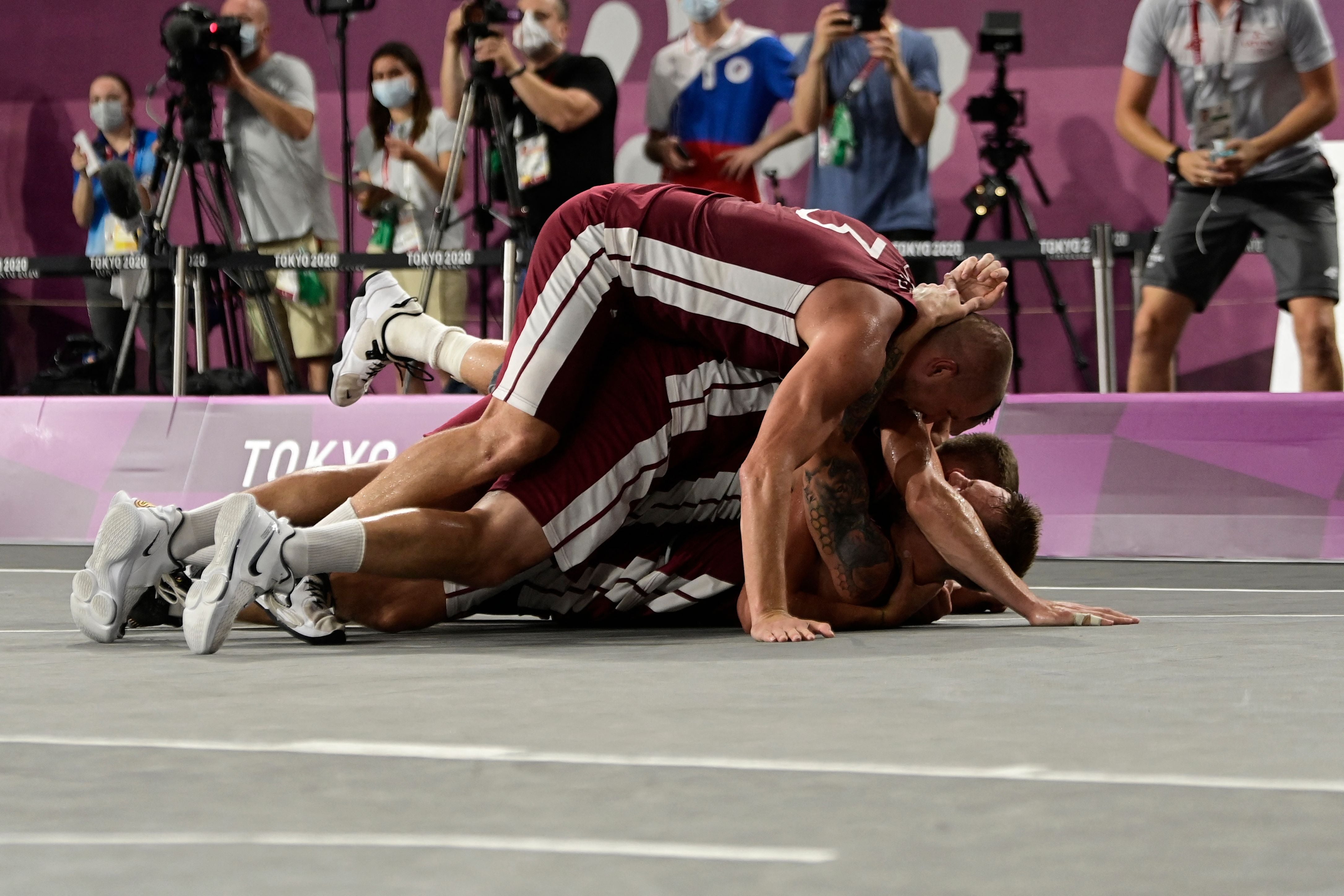 Latvia, ranked No2 in the world before Serbia, trailed the Russians for the majority before taking the lead for the first time with 3:20 on the clock. An exchange of points followed before Latvia were ahead 19-18 with 31 seconds to go.

The game-winning shot came from Karlis Lasmanis, sinking a two from the left to confirm a hard-fought and ultimately deserved win. Lasmanis represented his country in five-on-five at junior level but became enamoured with 3×3 when he saw it during the Ghetto Games in Riga where, as it happens, he was competing as a skateboarder.

At 27, who knows how much his life will change. The hopes of those involved with 3×3 is that the Olympics will open up more opportunities and funding to give the game more prominence. While those who showcased it this summer may not get rich off their efforts, 3×3 will no doubt be better off.