BOSTON — Monday morning, Alex Sarkis entered the athletic apparel store next to Gillette Stadium, home to the New England Patriots, and bypassed two racks of Tom Brady jerseys. Sarkis, 21, a lifelong Patriots fan, had driven 90 minutes from his home in western Massachusetts to Foxborough to buy the hottest-selling sports item in New England: the distinctive No. 1 jersey of the Patriots’ new quarterback, Cam Newton.

“It’s not an easy adjustment for sports fans around here,” Sarkis said of Newton replacing Brady, whose status in the region after six Super Bowl titles may only be surpassed by Paul Revere. “For a lot of us, Brady is all we knew. But that’s obviously changed.”

The turnabout for Patriots fans has been jarring on multiple levels. Brady, now playing for the Tampa Bay Buccaneers, was adopted by tradition-bound New England in part for his quiet and reserved deportment. Newton is outspoken and favors flamboyant fashions when not in uniform. Brady had attained a degree of international cultural celebrity. Newton spent the last year in relative obscurity, largely unable to play because of ill-defined injuries that cast doubt on his worth to an N.F.L. franchise. On the field, Brady is a conventional, old-style pocket passer, while Newton’s greatest asset is a versatility that includes creative, elusive dashes upfield.

Most unavoidably, Newton this month became the first Black quarterback to begin a season as New England’s first-string starter.

“Personally, I think it’s great that he’s a Patriot, especially with what’s going on in the country right now,” Sarkis said. “New England has a reputation as not exactly being the most diverse place.”

Because of his dynamic play in the Patriots’ first three games this season — two of them victories — Newton, by nearly every measure, has been welcomed enthusiastically by New England fans. This week, for example, much of the chatter on local sports talk radio was about whether Newton might win the N.F.L.’s Most Valuable Player Award. His jersey is a top seller in the six New England states since Sept. 1, according to Fanatics, the largest online seller of licensed sports merchandise. (Although, interestingly, Brady’s Buccaneers jersey ranks second in New England. Nationally, Brady merchandise ranks No. 1, but sales of Newton jerseys are almost equal.)

Still, Newton’s presence in such a high-profile position in and around Boston, a city with a complicated, checkered racial past, has others in the community warily watching and wondering if he will be treated differently than a white quarterback. What happens if the Patriots’ first Black quarterback to be a regular starter loses consecutive games?

“The minute there are significant enough missteps for Cam Newton, then that opens the floodgates for all of the other criticisms of him, not just as a player, but of his character,” said Rahsaan D. Hall, a laywer and the director of the racial justice program for the American Civil Liberties Union of Massachusetts. 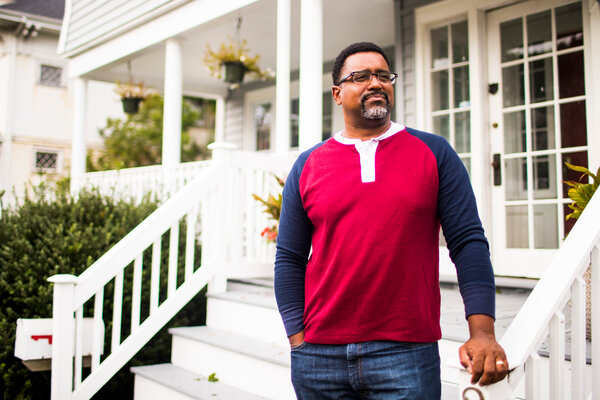 Hall, who was invited by New England Coach Bill Belichick to address the Patriots this summer after Minneapolis police killed George Floyd in May, added: “I think it’s going to be critiques of, ‘If he wasn’t so busy buying these high-end suits or out there commenting on other issues then he’d be able to focus on what’s going on on the field.’”

Newton’s acceptance by the Patriots community to date has been aided by several piecemeal, even symbolic, developments. One of the first was the early, eager endorsement he received from Belichick, who rarely praises new Patriots before they have proved themselves for the team.

“Nobody works harder than Cam does — he’s here early, he stays late and he works very hard,” Belichick said last month. “He’s got a great personality. He gets along with everybody. He’s very social and has a great presence.”

Belichick’s ardent, and quick, support of Newton was a surprise to many since Newton’s flashy personality appeared in conflict with the strait-laced approach of Belichick. But Jermaine Wiggins, a tight end on the Patriots’ first Super Bowl championship team who is now a host on the Boston sports talk radio station WEEI, never doubted that Belichick would find common ground with his new quarterback.

“If you look at Bill Belichick’s track record, he coached all kinds of people from Lawrence Taylor to Randy Moss to Corey Dillon to Tom Brady,” Wiggins said. “He’s been exposed to a lot and wouldn’t have lasted this long without being able to adjust and get along with all types of players.”

Another early turning point for Newton may have come after New England’s only loss to date, a game at Seattle that ended when Newton was stopped a yard short of scoring a game-winning touchdown on the final play. Although two botched blocks by Patriots players at the line of scrimmage were the prominent cause of the play’s failure, Newton took the blame afterward and said he should have tried a different path to the end zone.

It may be something many quarterbacks would do, but teammates and fans nonetheless took notice.

Mike Connolly, a Patriots fan from Foxborough, Mass., had another perspective.

“It’s been clear to all of us from the beginning that his teammates and Coach Belichick really like Cam,” Connolly said. “That goes a long way.”

Even Newton’s style of play might have helped his popularity since his dual-threat presence has spurred an overhaul of the team’s offensive attack.

“I think Cam has surprised and energized the fan base because it’s something different,” said Scott Zolak, a former Patriots quarterback who has become a host on the Boston sports talk radio station WBZ-FM. “And that’s probably a good thing post-Tom Brady.”

And then there’s Newton’s penchant for giving his new teammates nicknames. In interviews with reporters this month, it seems that Newton never refers to another Patriot by his first or last name.

Veteran receiver Julian Edelman is “Highway 11,” a nod to Edelman’s uniform number. Offensive tackle Isaiah Wynn is “Winnie the Pooh.” McCourty and his twin brother Jason, who is also a New England defensive back, are “Twin No. 1 and Twin No. 2.” Offensive coordinator Josh McDaniels is “Mickey Ds.” And, Belichick is “Dolla’ Dolla’ Bill.” Newton concedes he does not use his nickname for his coach often.

How the rest of the Patriots’ season unfolds, and whether Newton will continue to play a predominant role in its success or failure, is yet to be seen. But rest assured, with some parameters, it is already being scrutinized as a potential milestone event in New England.

“Do I look forward to the day when Black kids around Boston have on Newton jerseys? Absolutely I do,” said Saida Grundy, an assistant professor of sociology and African-American studies at Boston University. “Do I think that does something for Black pride? Or New England? Yes, I do. Ultimately, that does not change the N.F.L. as an organization and it doesn’t raise the Black wealth index here a dime. It does not desegregate Boston. But that pride is worth something. Absolutely, it’s worth something.”