THE extreme weirdness of football without fans was hammered home to Troy Deeney before the penultimate game of last season.

Watford were locked in a ­desperate fight for Premier League survival, and about to face Manchester City, who habitually thrashed them. 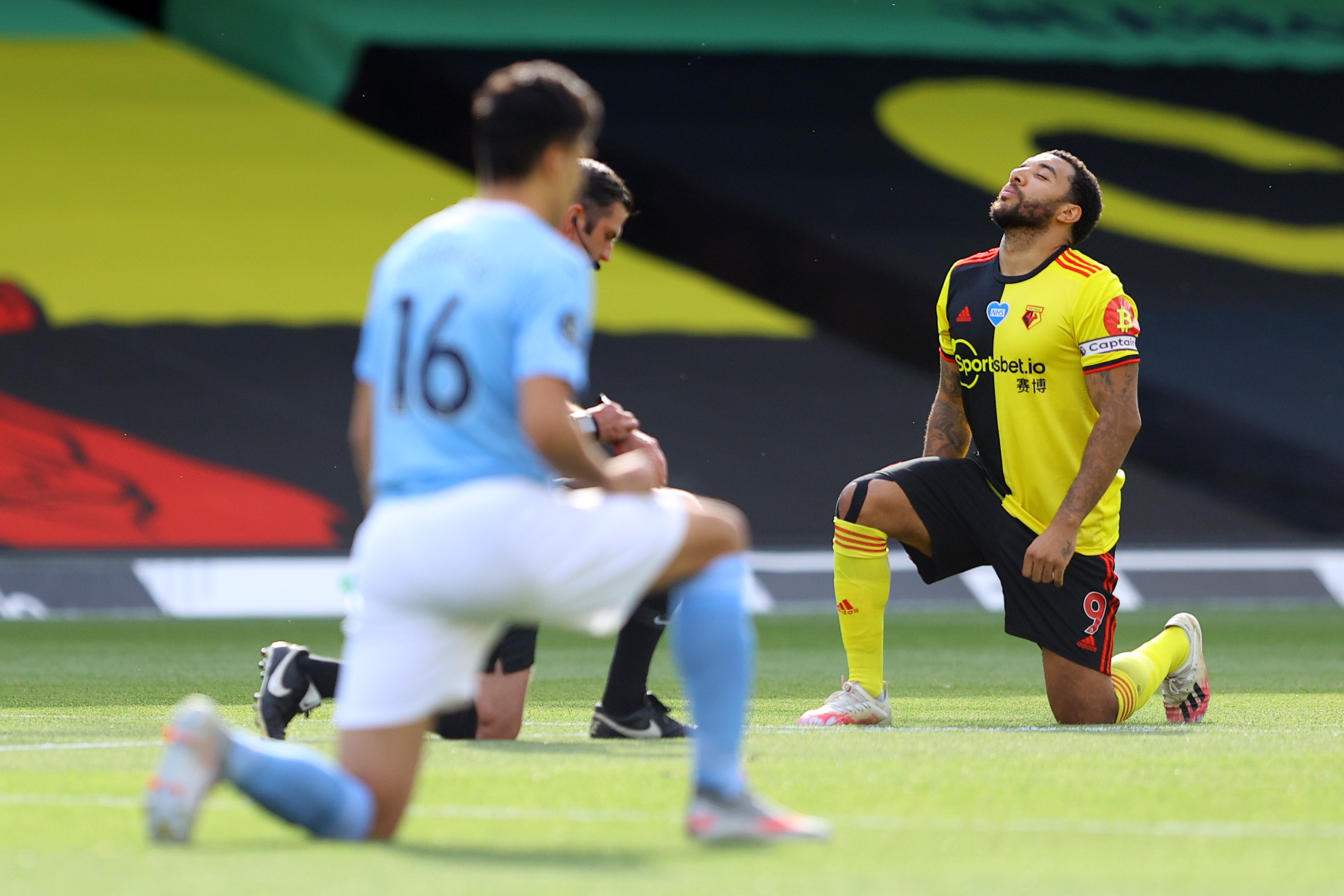 Then in the pin-drop silence at kick-off, the familiar voice of Sky co-commentator Alan Smith descended from up in the gods at Vicarage Road.

The Watford skipper recalled: “We all took a knee, the ref blew his whistle and you could hear Alan Smith in the stands saying ‘well Watford are massively up against it today . . . they’ll be lucky to get away with five’.

“Cheers pal, just as you are about to play such a big game!

“That’s a funny side of it in a way, when you hear what commentators say. Normally you have to go home, watch it back and you’re like ‘What? He said THAT about me?’”

City won 4-0 and Watford went down after a final-day loss at Arsenal — Aston Villa escaping the drop and now thriving in the Premier League.

And as a player who thrives on the buzz of a crowd — the adulation of Hornets fans and the jibes of opposition supporters — he is desperate for this behind-closed-doors era to finish.

But as the Prem’s goals-per-game ratio goes through the roof, Deeney is convinced the absence of supporters is making defenders lose sharpness and making attackers fearless. 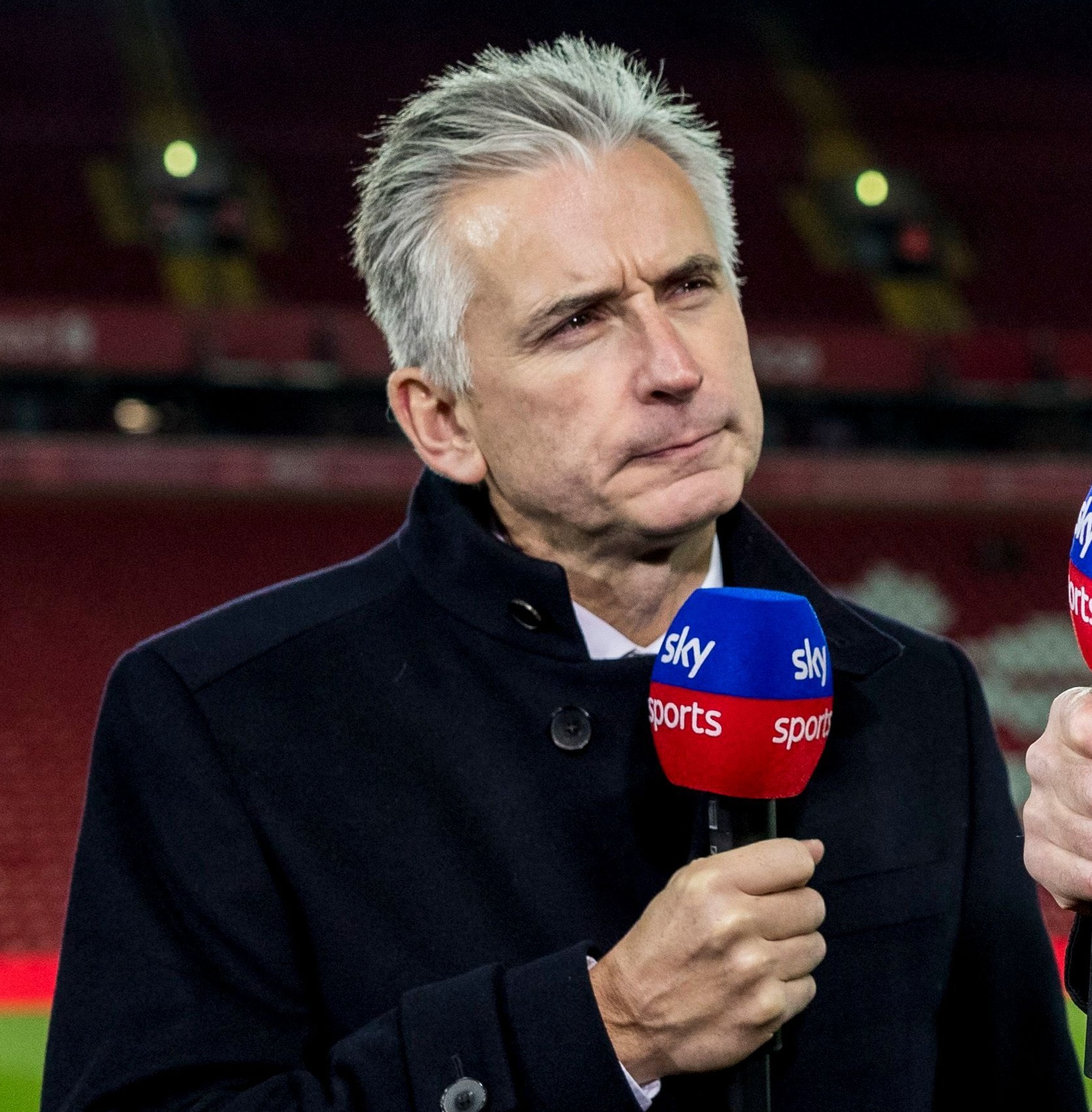 Deeney, 32, said: “Not having fans takes an element of sharpness away.

“If a defender is chasing a ball and the crowd are shouting ‘man on, f*g clear it!’ he is more likely to.

“If he’s left to his own devices, you start seeing people being more casual and doing things they’d try in training. There’s an element of laxness.

“Players are taking more risks going forward. When people miss now it’s like ‘OK get on with it’. Whereas if you miss and tens of thousands of people are hammering you, you’re less likely to have a go.

“It will be interesting to see how some young players, who are doing really well now, play when the fans are back. That might have a psychological effect on them.

“If a young striker at a top-six club is doing really well, if he scores 20 goals this season and he’s the man — well it’s a different game when you miss in front of 75,000 at Old Trafford. Then it’s ‘we demand you score’.

“Hopefully fans will be back, in baby steps, before long.”

Deeney, renowned for his outspoken nature on and off the pitch, admits he has not ditched his industrial language for the benefit of TV audiences.

He added: “I struggle with toning down my language. I still find it funny when Sky apologise for 22 lads swearing at each other!”

Deeney’s most famous public outburst came when he accused Arsenal of lacking ‘cojones’ after inflicting a 2-1 defeat on the Gunners in 2017, during Arsene Wenger’s final season.

Yet Deeney believes Mikel Arteta is curing Arsenal’s soft centre after signings such as midfielder Thomas Partey and centre-back Gabriel.

Deeney said: “Arsenal look really good because they are actually recruiting properly. For years everyone said ‘they need a centre-half, they need a holding midfielder.’ 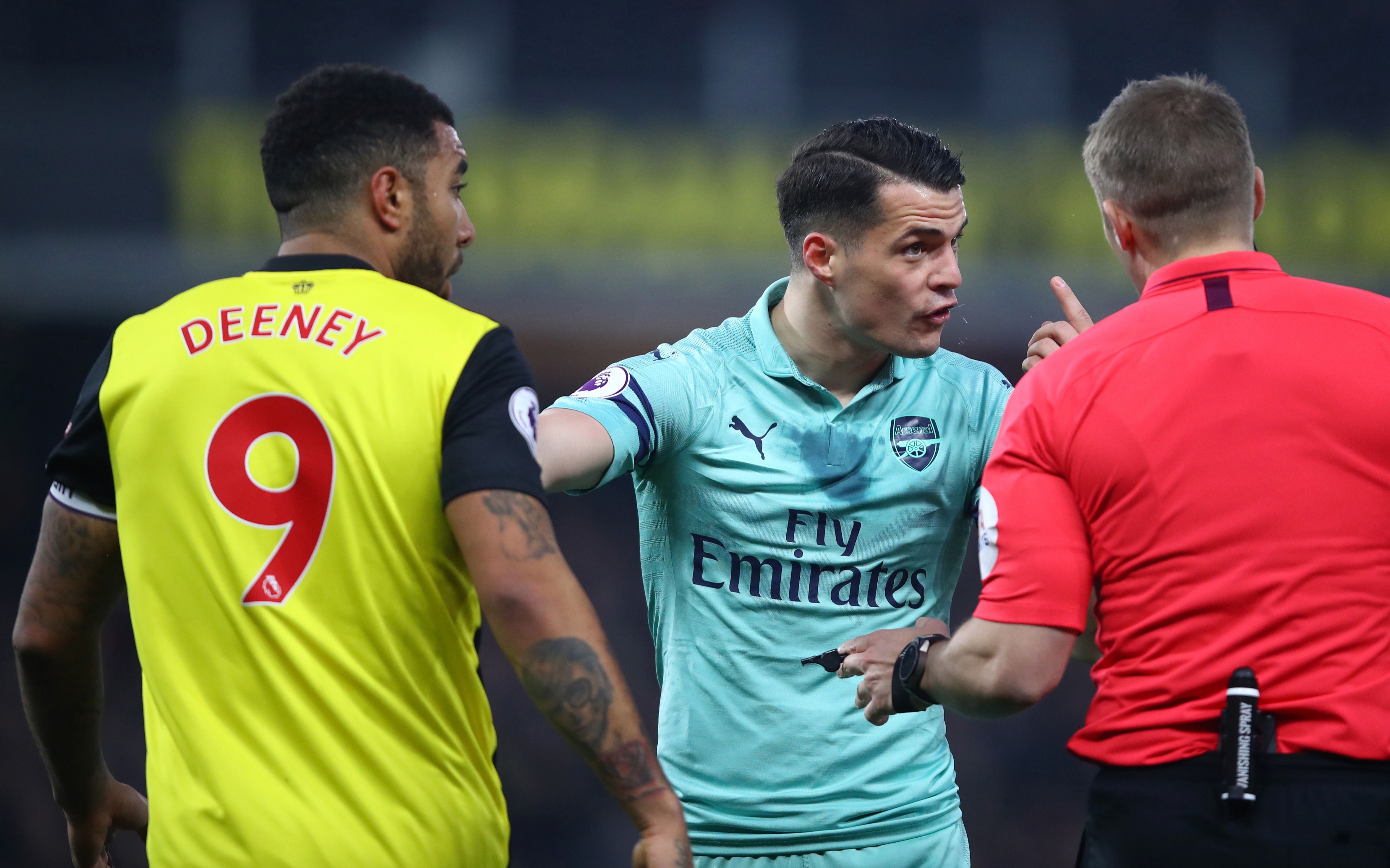 “With Arsenal it was always forwards — flair players. Against Watford or Burnley, they came unstuck.

“They never had a dominant holding midfielder or a dominant centre-half so you always thought you could get at them. They had unbelievable players. But you need more.

“There is a mentality there that Arteta is changing. Before it was all about the show. Can you score four or five beautiful goals?

“Now I think Arteta is happy with one-nil to the Arsenal. You have to work for your place.

“Look at Nicolas Pepe, they paid over £70million for him and he’s not had many starts.

“You can see what they’re building. I don’t think they will break the top four this year. They are one or two short, but the starting XI is very good.

“But Arsenal — and Man United — went through two or three years of not bringing in the right players. Now Arsenal have got back in the mix.”

'It's nothing personal against Arsenal'

Given that Watford train next door to Arsenal, Deeney had some cojones to speak his mind.

He said: “I see their players in Sainsbury’s or the petrol station and say hello, it’s nothing personal. I went up to them in the NBA game in London that year to make sure they knew that.

“People say it was revenge Arsenal relegated us but it was a really bad season and we just happened to get relegated there.

“I had a few memes from Arsenal fans and you take it on the chin.”

Deeney is adamant he did not want to leave Watford this summer and, while he is currently working hard on regaining full fitness, is determined to help them return to the top flight.

He added: “I’m still not over not being a Premier League player. I got to live it for five brilliant years. It’s like eating wagyu steak and then going to TGI Fridays — I want that stuff now I’ve had a taste of it.

“I hope it’s one season and then we’re back — in front of full houses, so you can’t hear those ­commentators!”