Home » Sport » Tyson Fury’s bid to take over US flops as just 9,000 fans turn out at MGM Grand for Tom Schwarz win

Supporters filled just over half the capacity of the 16,800-seater arena to witness his second-round KO win over Tom Schwarz this morning. 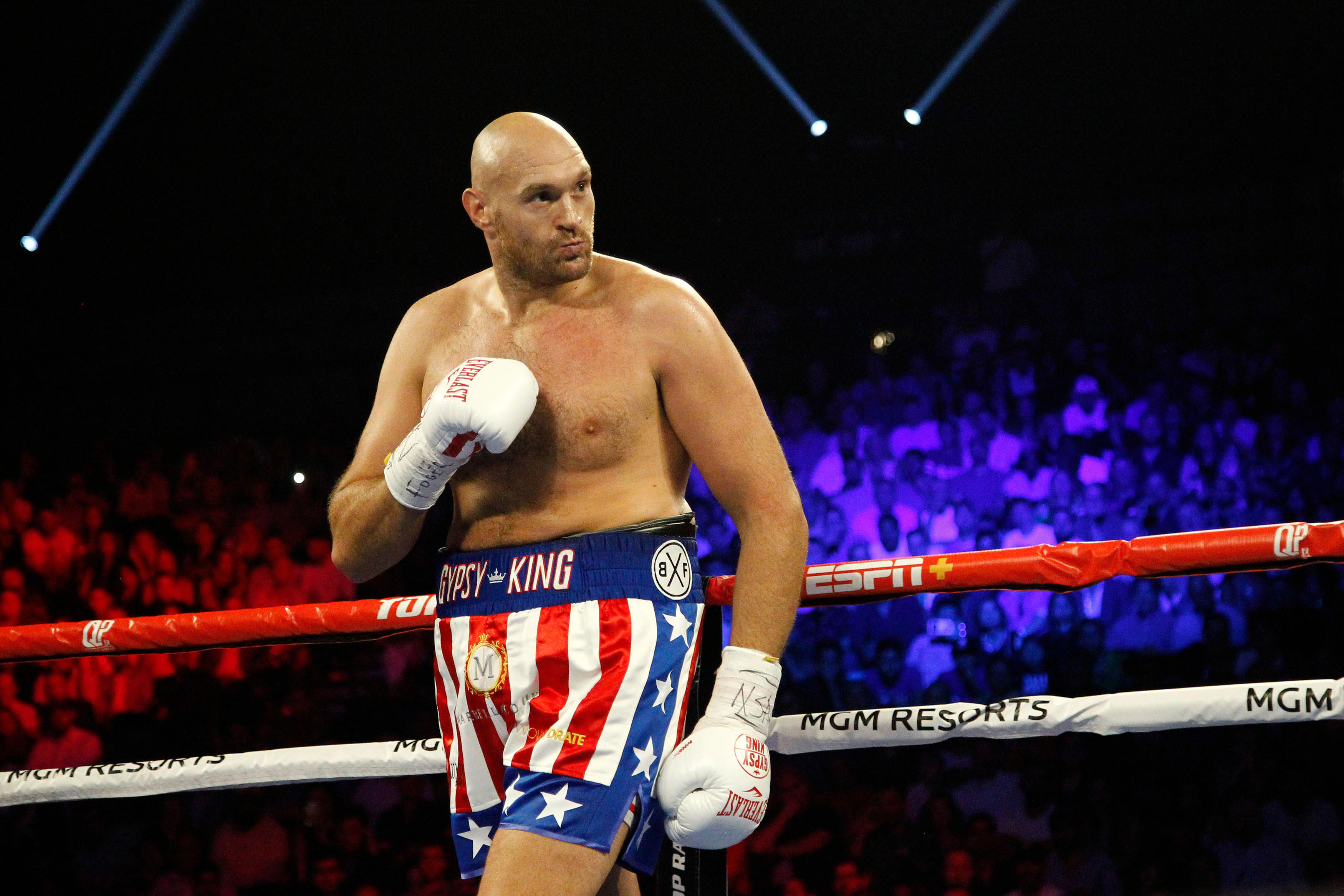 Fury, 30, is desperate to crack America after signing an £80million fight deal with ESPN that sees him broadcast in the US.

His last bout was against Deontay Wilder in Los Angeles while he is planning to compete in New York when he next steps into a ring in September or October.

And in an attempt to win over the US public, he channelled his inner Apollo Creed with a pair of stars and stripes shorts, dressing gown and top hat for his ring walk, with James Brown's 'Living in America' playing him on.

Fury also screamed that he "loved America" in his post-fight interview before breaking into a rendition of Aerosmith's 'I Don't Want to Miss a Thing' for his wife Paris.

Despite the upper tiers being blacked out, the MGM Grand announced the event as a sell-out.

"It doesn't get bigger"

However, it has held more than 16,000 fans in the past for fights including Floyd Mayweather vs Manny Pacquiao, and Evander Holyfield vs Mike Tyson.

Fury described the fight as the "biggest" of his career – ahead of his world title win over Wladimir Klitschko in 2015.

He said: "We saw a British fighter travel over to America last week or the week before and he looked like he didn't want to be in there.

"For whatever reasons we're not going to go into that tonight that isn't my concern or business.

"But tonight was Tyson Fury Las Vegas, it doesn't get any bigger than this.

"This is the biggest thing that's happened in my career so far.

"Topping the bill at MGM Grand (Arena) I was in the car on the way with my wife and I said 'I think we've made it Paris'. She said why and I said 'We're headlining in Vegas! This is it!'

"We got a good show and we were happy with how everything went."