UFC superstar Francis Ngannou has challenged Tyson Fury to a fight again as he considers switching to boxing.

Ngannou suggested that it is only a matter of time until he swaps the Octagon for the squared circle and has big plans as he wants to "make some damage" against a top heavyweight. 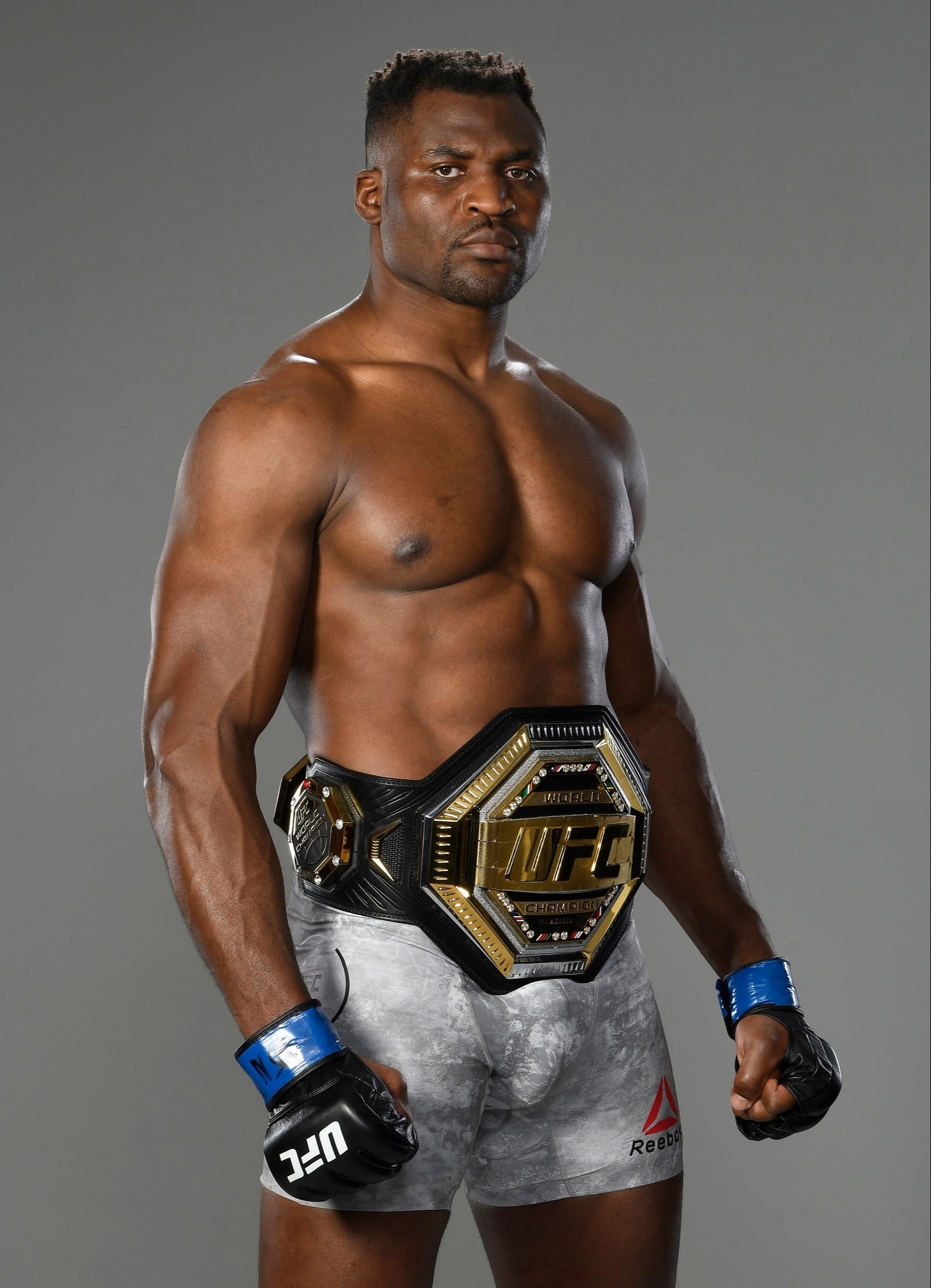 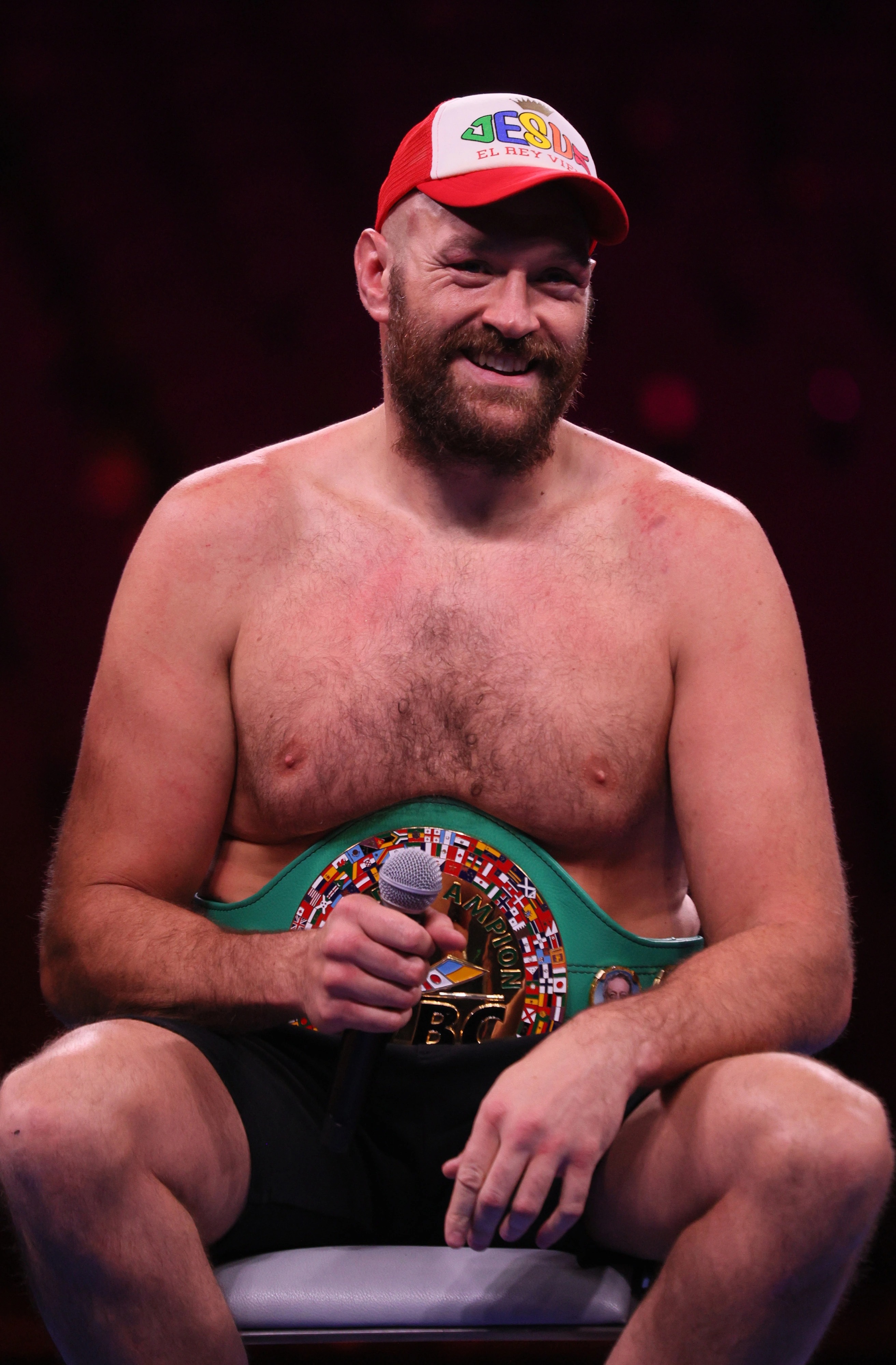 The reigning UFC Heavyweight Champion has called out the undefeated Fury once more and would also love to lock horns with Deontay Wilder.

Ngannou told TMZ: "It's always been down the line. This is something I'm not taking my eyes off of.

"It's gonna happen, either way. Even if, when the UFC and I finalise a deal, the boxing part has to be into it because I can't see myself retire without boxing.

"Tyson Fury, Deontay Wilder. I would like to test myself to that level. It's not the same sport, although I'm the champion, I'm in the top in this division.

"At the end of the day, it's just about like trained hands, trained punches, having a good delivery system to produce bombs and I'm sure that if I deliver my own punch, it's pretty good, I can make some damage."

Ngannou has been vocal about his desire to face British superstar Fury in the near future.

And the 35-year-old Cameroonian's coach Dewey Cooper believes he can end the Gypsy King's undefeated streak.

"Tyson is difficult for any heavyweight because of the attributes, the speed, the boxing ability, the good defence, the confidence and swagger. Tyson's a real one and Tyson is a tough fight for anybody in boxing. 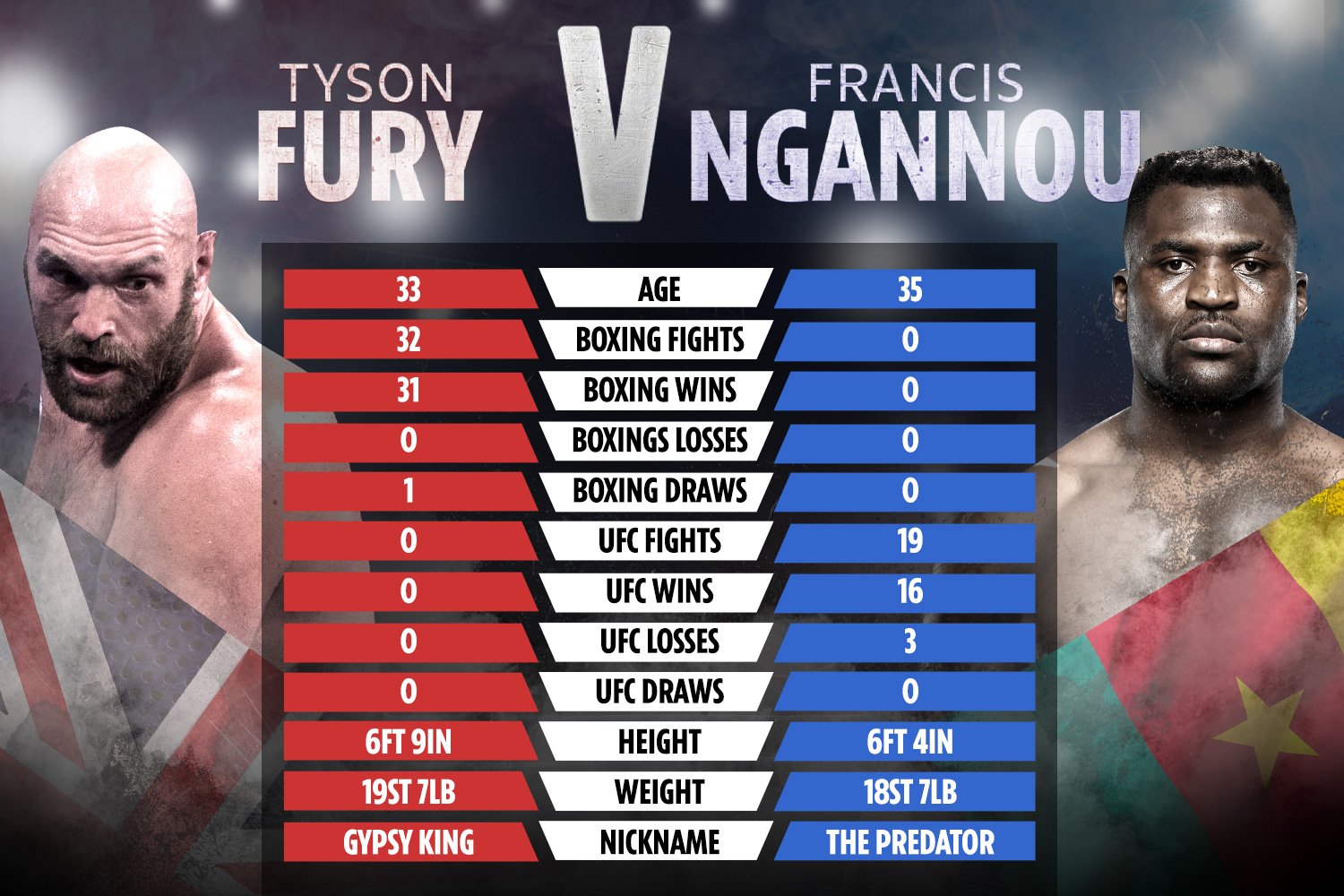 "But Francis definitely can fight any heavyweight with time and amending the training a little bit. He can definitely do it because Francis does have power.

"However with a boxing glove the power would decrease a little bit compared to what it is with the MMA gloves.

"Because an MMA glove is only 4oz while a boxing glove is 10oz so that makes a difference. A lot of little intangible things.

"Of course he can box and of course he could eventually beat someone like a Tyson Fury, for sure."