Talisman Jones was the biggest casualty in this calamitous cash-cow contest against the All Blacks. 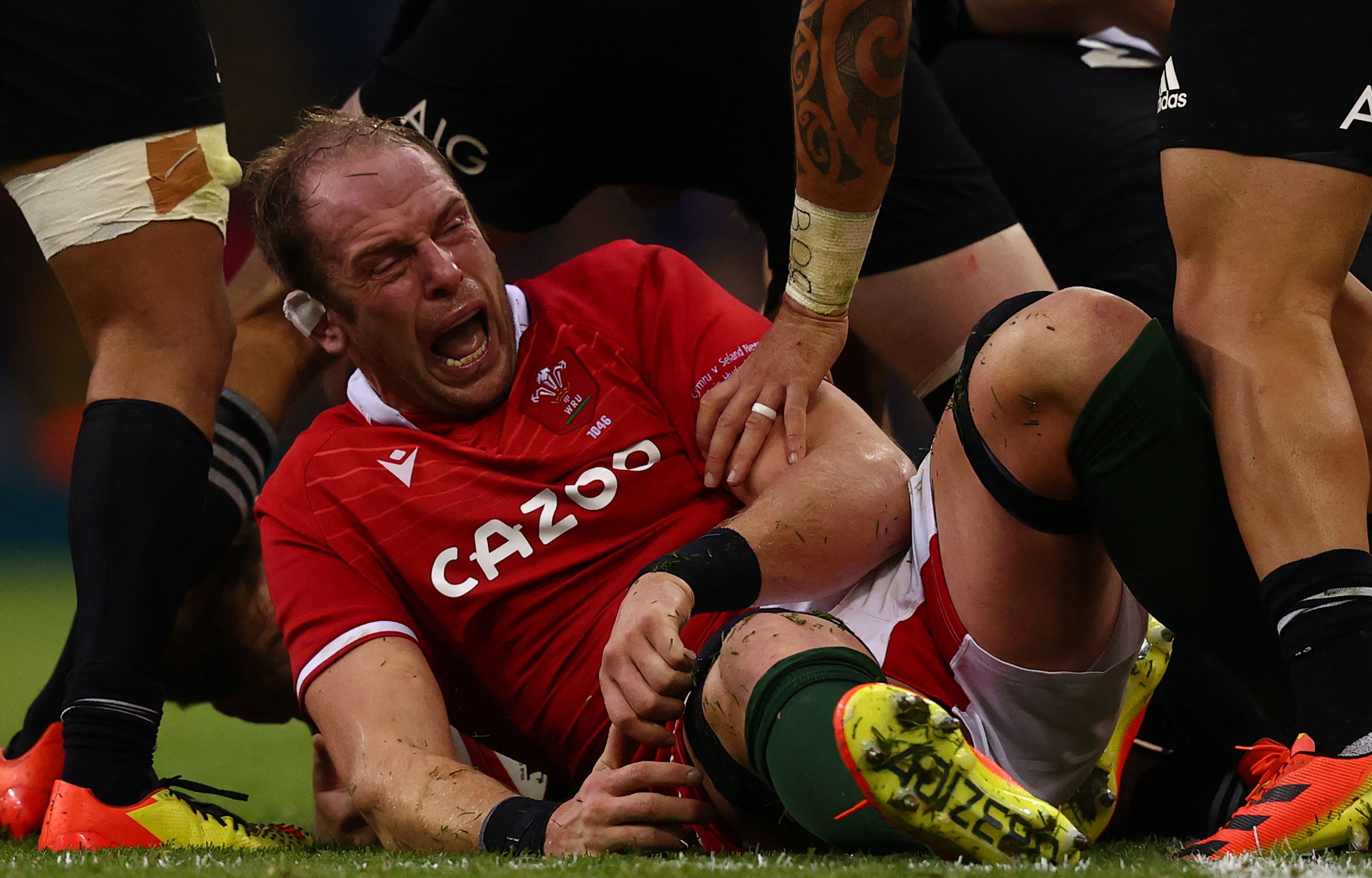 The gamble of staging a match outside of the regular Test window, just to stuff the Cardiff coffers, backfired for dopey Dragons chiefs.

Just try playing a million-pound cheque in the second row against South Africa next week.

Losing their iconic captain to what looked like an identical shoulder injury just three months earlier with the Lions comes at a huge cost to boss Wayne Pivac.

Playing in his 149th Wales Test and overtaking the record held by New Zealand's 2015 World Cup winning skipper Richie McCaw, will be chalked-up as one to forget.

It's been 68 years since Wales beat the Kiwis and no one on this side of the Severn Bridge needs reminding about it any more.

The 1953 hoodoo and curse carries on. 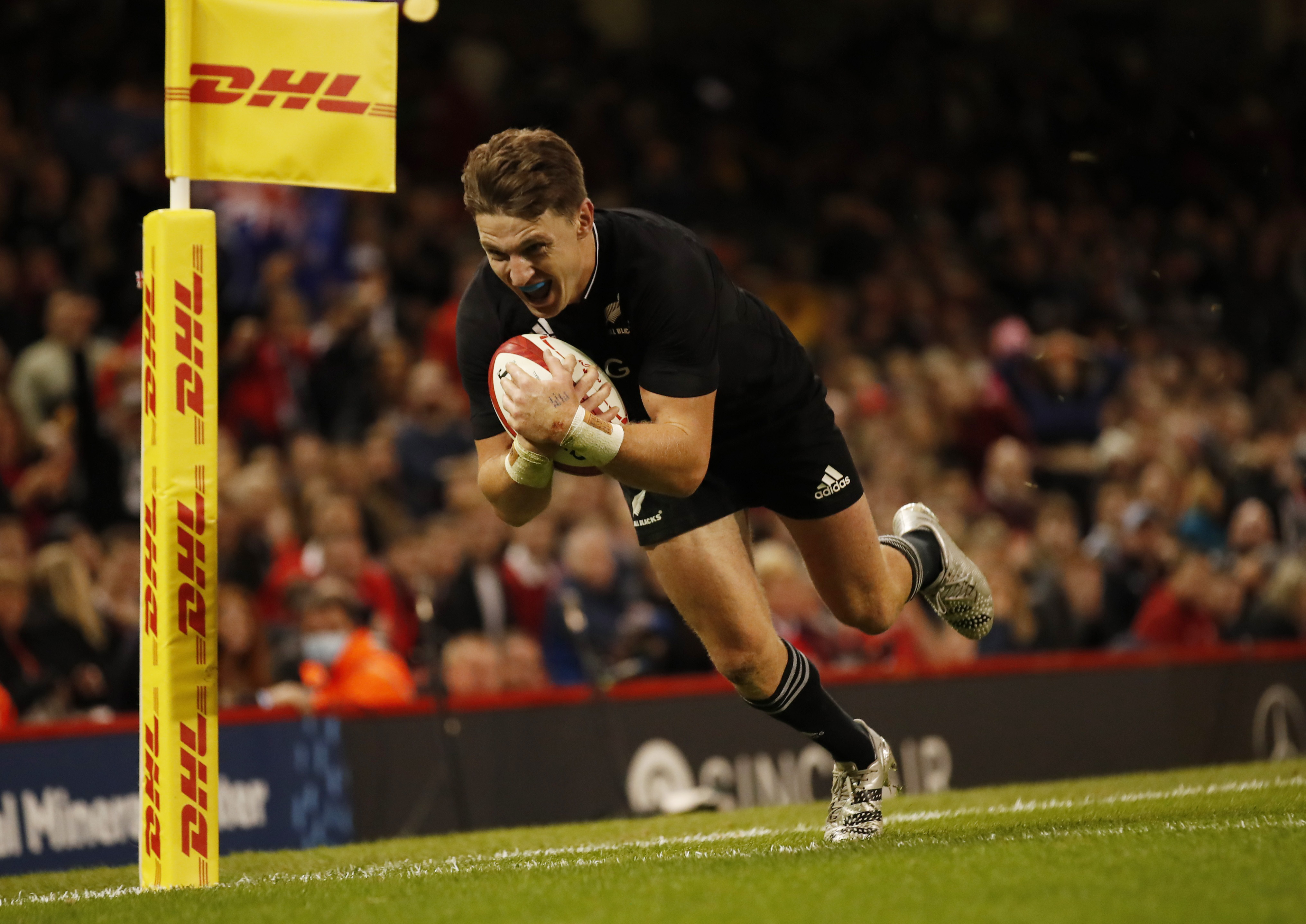 So why the wise Welsh suits also thought it would be a good idea to play a fully-loaded All Blacks side without their unavailable English-based stars, is anyone's guess.

Before kick-off there were 20 players missing through injury, illness or unavailability.

They'll have the Premiership stars back for The Springboks on Saturday, but surely not the guy who means the most to them as a team and a nation.

The Dragons skipper made a miracle 21-day recovery from a dislocated shoulder to come roaring back for the Lions in July.

But that was after Warren Gatland confirmed medics took "a shortcut" to avoid surgery for his fourth and final tour.

Any chance of a quick-fix looks bleak now. Huge underdogs Wales were always chasing the score, though. 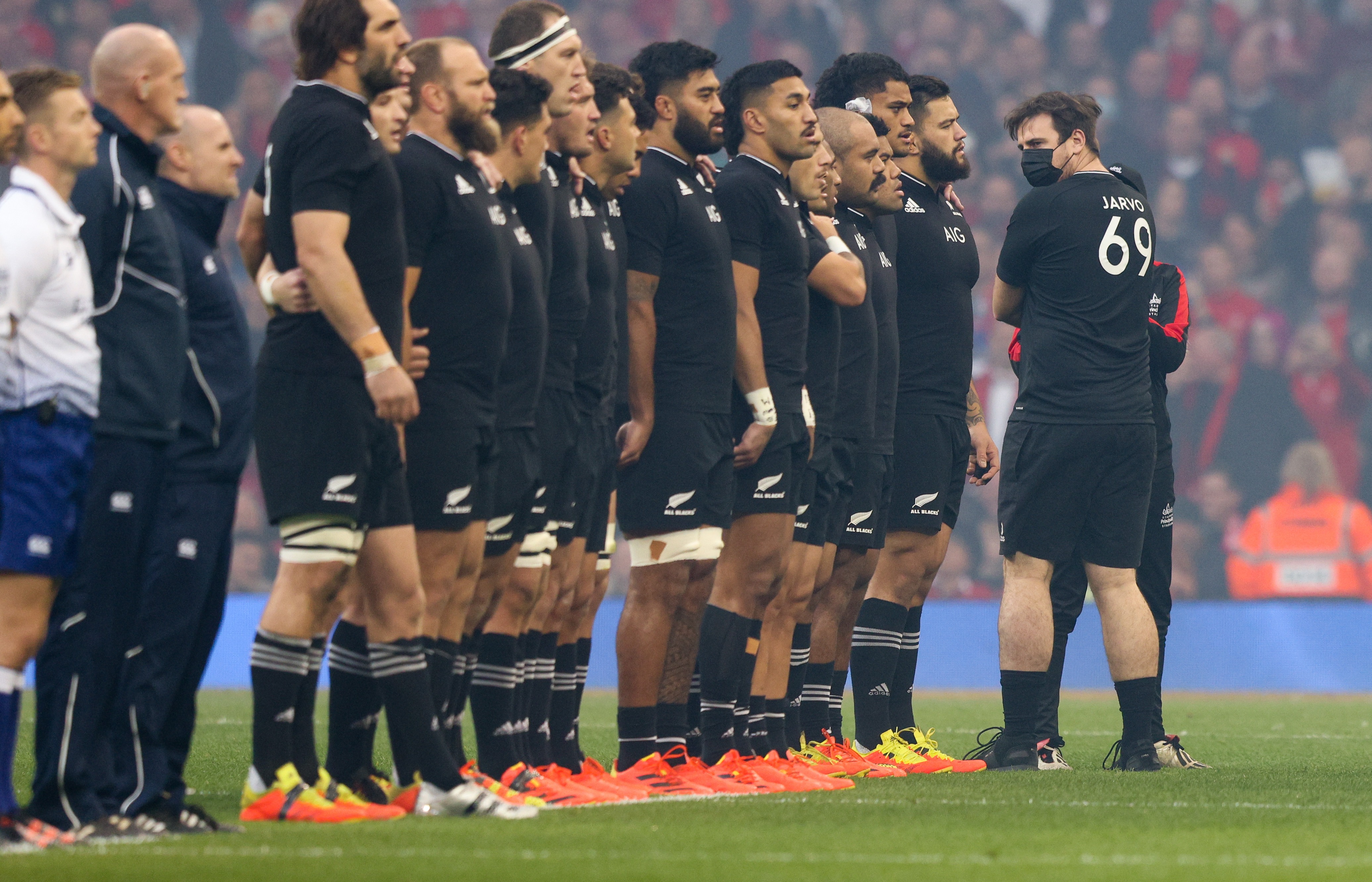 New Zealand-born fly-half Anscombe booted a penalty soon after – but he never got the attack going against his homeland – despite kicking two penalties.

Rival Barrett escaped a yellow card for a blatant slap-down from an Owen Lane pass as the All Blacks got the usual preferential treatment.

Prop Laulala and flanker Blackadder dodged red cards for their head shot on Moriarty – but the tighthead did see yellow.

With Jones off, scrum-half TJ Perenara was played in by Hoskins Sotutu for an easy score as Ian Foster's side started to play.

After four years in the Test wilderness Rhys Priestland booted a penalty and conversion when he replaced Anscombe shortly after the break.

However, nothing the Welsh did hurt their visitors as Will Jordan dived over for the first try of the second half. 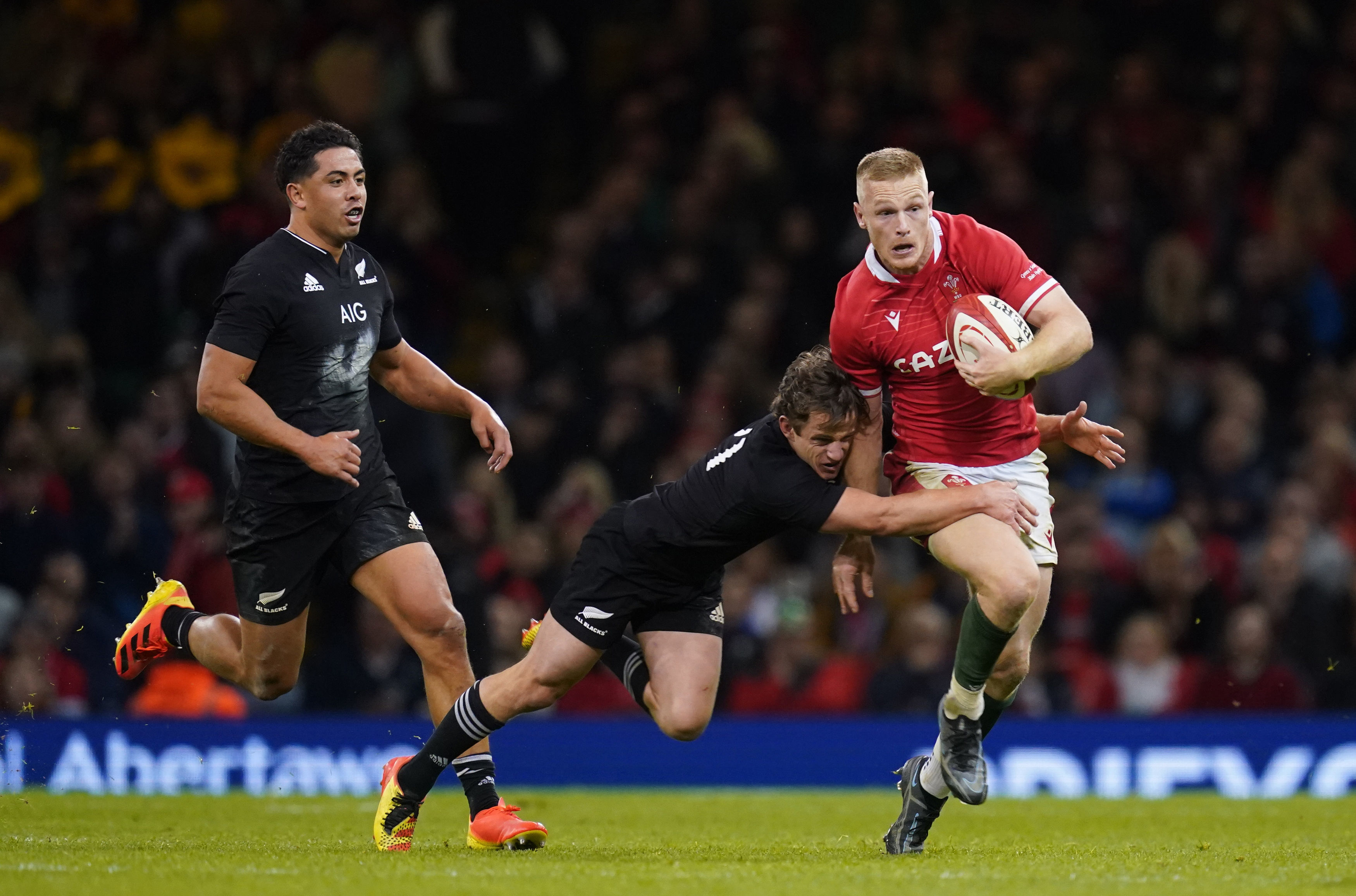 Centre Johnny Williams, who scored for England at Twickenham in an uncapped game, dabbed down from a neat Preistland grubber in the most powder-puff of fightbacks.

But they were heading to St Mary's Street to drown their sorrows well before the end.

"We will get a scan, but he is not in any discomfort. He couldn't play on, but he is feeling a lot better, which is a plus.

"I don't think our medical team will write him off, but we will know a lot more come Monday.

"But Ross is an AC joint and he is in quite a bit of pain and has pain relief, it doesn't look too good."

Superstar no.10 Barrett added: "I'm somewhat relieved it's over – it's been quite a tense week.

"There's nothing like playing in front of a crowd like this. These Welsh fans are hard to beat. We had to work for it against a very good Welsh side, a very fit side.

"The big boys fronted up and made it easier for me. I just wanted to focus on playing well. Tonight I'll enjoy the boys' company.

"It's a very competitive team to be a part of and we have a great culture. I have to thank everyone."

Wales' stand-in skipper Jonathan Davies said: "Credit to New Zealand, it shows why they're one of the best teams in the world, their ruthlessness.

"Their accuracy is great but our boys put one hell of a shift in. Our physicality was good in the first half but we've only been together in camp for two weeks.

"We know we get better the longer we spend together. They don't let you get away with any mistakes. We