MAXI HUGHES contined his stunning career turnaround by winning the British lightweight title – but it was a controversial finish.

The 31-year-old KO'd Paul Hyland Jr in the eighth-round after referee Mark Lyson confused both boxers. 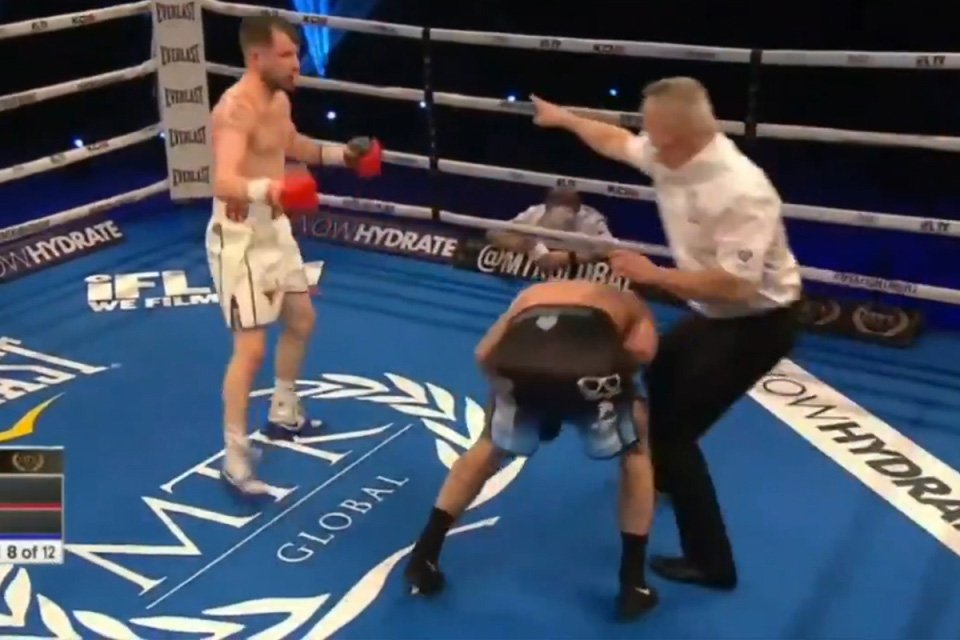 Hughes had landed some crippling body shots that left Hyland doubled-up in pain on the MTK Fight Night undercard.

Lyson dived between the two fighters, appearing as though he was ready to score for a knockdown.

But Hyland didn't touch the canvas as Hughes was told to go the neutral corner.

Hyland then turned his back on the referee and Hughes and walked towards the other corner, seemingly believing the ref had scored the knockdown.

But he hadn't, and Lyson waved in Hughes who ended up KO'ing Hyland who had his back turned.

While Hughes fully deserved to win the fight and the Lonsdale belt, the manner of victory will leave a sour taste all round.

Hughes keeps up his superb run of form during lockdown, having now beaten Jono Carroll, Viktor Kotochigov and Hyland Jnr in the space of seven months.

In the main event Lee McGregor produced a sensational performance as he stopped Karim Guerfi in the first round to win the European bantamweight title. 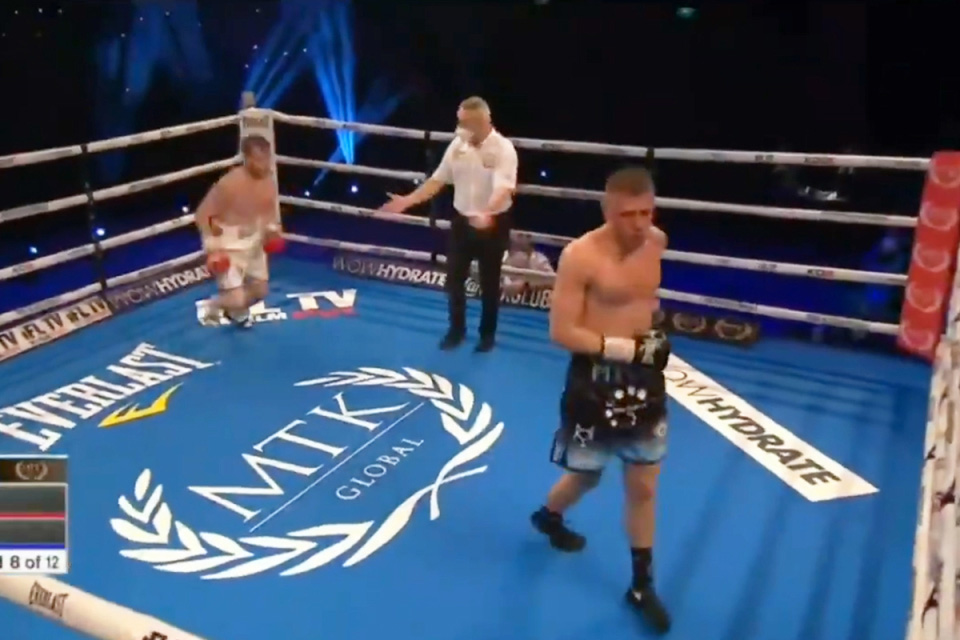 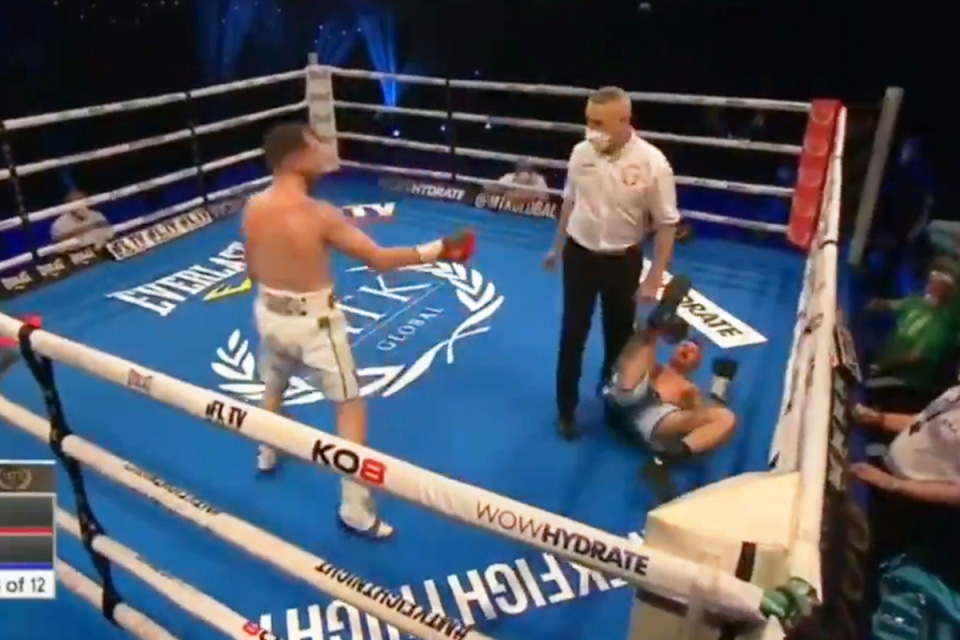 It means that in just his tenth professional fight, McGregor has become British, Commonwealth, and now European bantamweight champion. 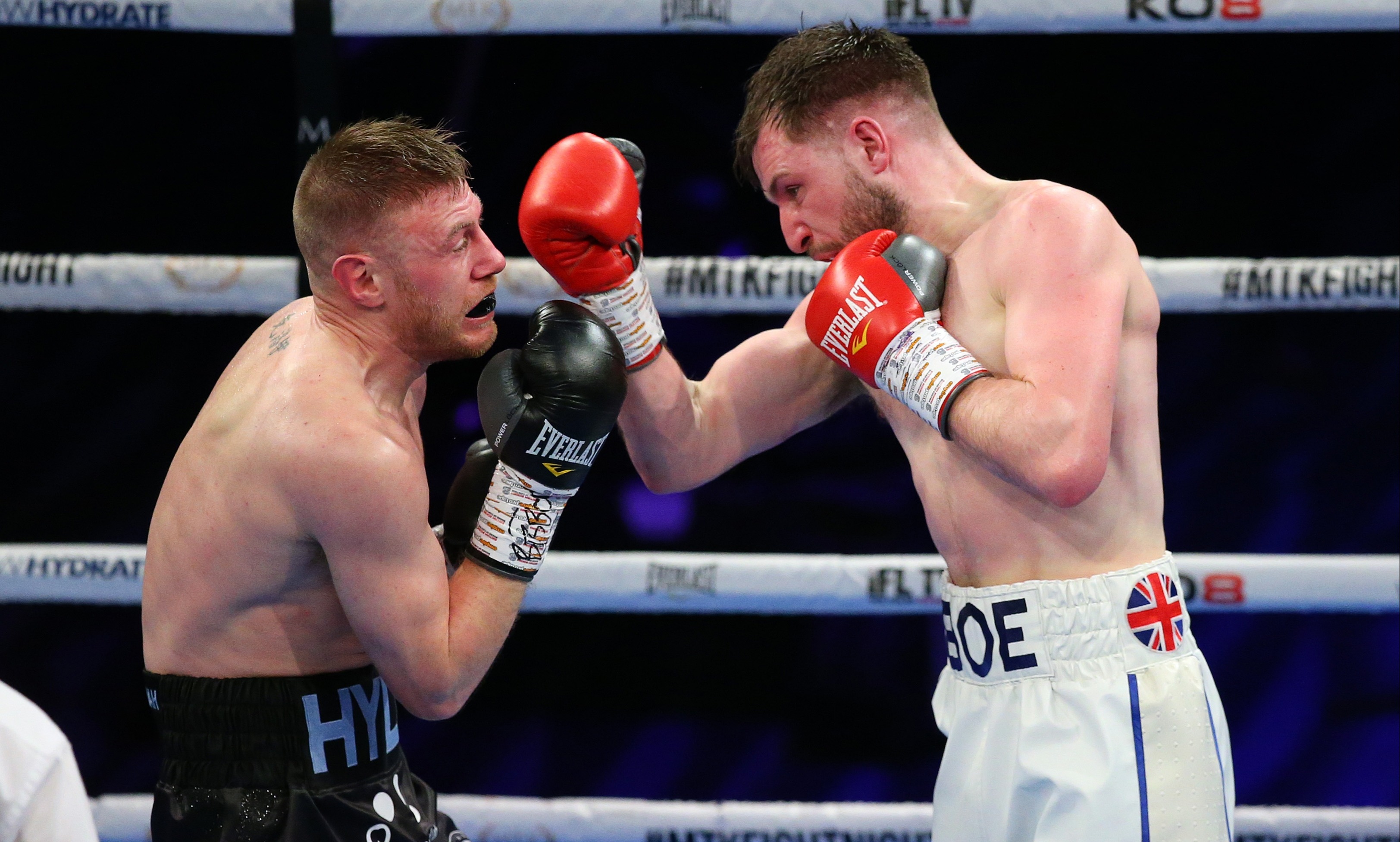 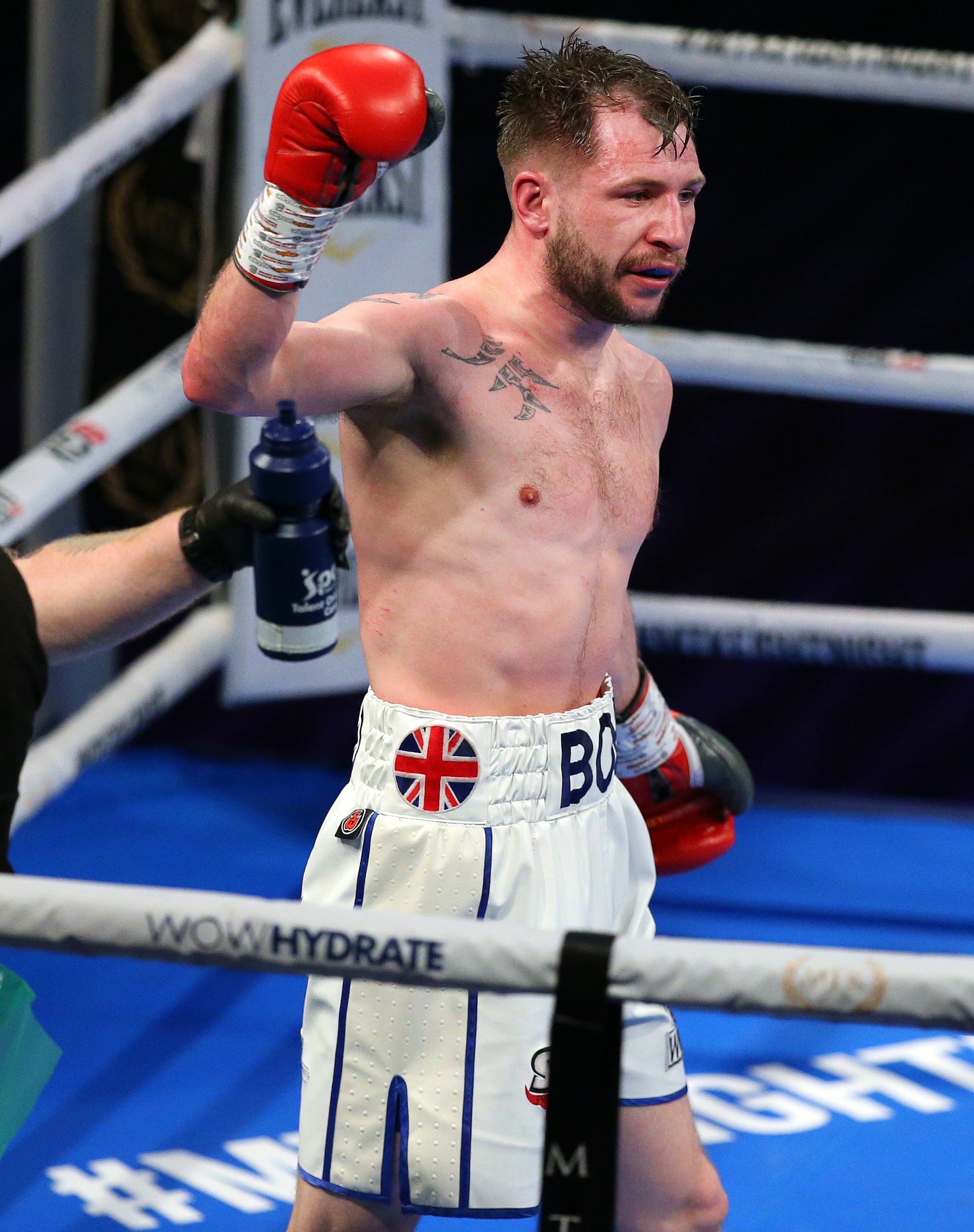