THIS is the moment two ice hockey stars plunged into an icy ditch by the side of the rink in the middle of a match.

The pair crashed through a side wall and fell into the freezing pit during the Swiss second-tier clash. 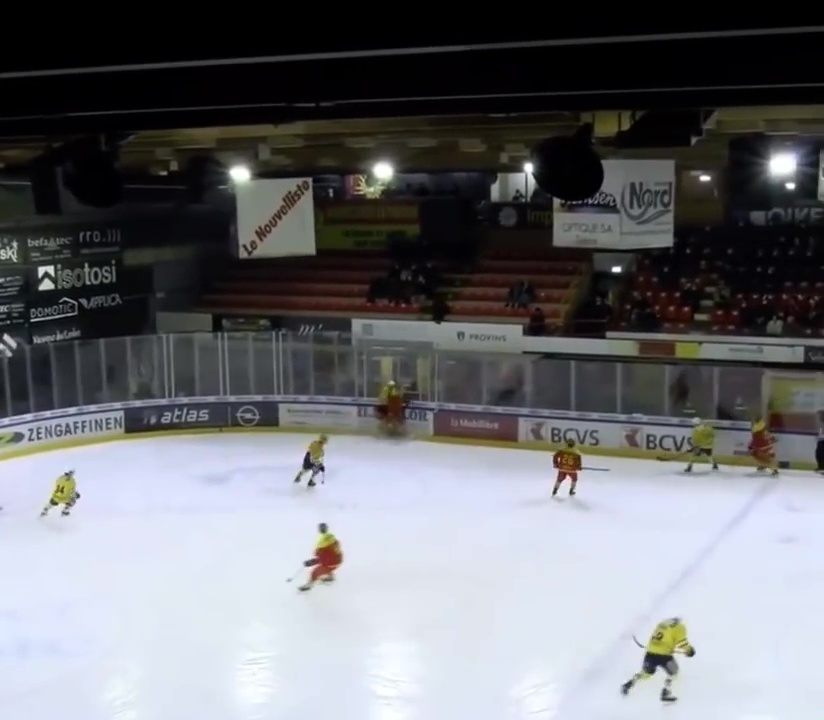 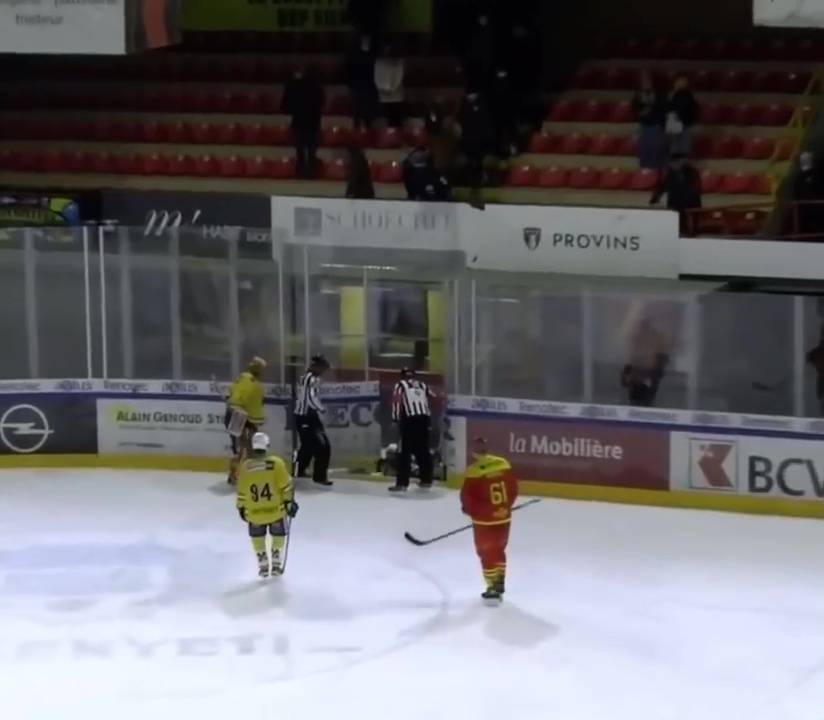 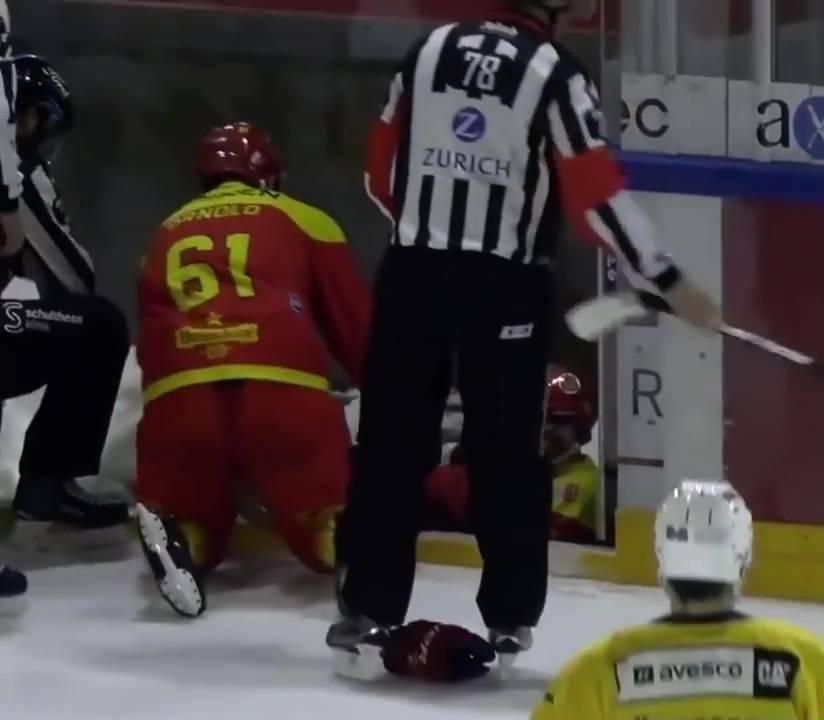 SC Langenthal were playing HC Sierre in the Swiss second-tier.

And there were just 14 minutes on the clock when Sierre star Arnaud Montandon and opponent Tyler Higgins hurtled towards the boards.

The impact saw the rink-side gates fly open and the players fell straight into the cleaning ditch used by the 'Zamboni' ice cleaner to clear the rink.

Play was paused and players from both teams rushed over to check on their team-mates.

Both men were sat in the icy water below as officials and fellow players scrambled to get them out.

Fortunately both men were able to clamber out unscathed – just a lot wetter than when they started the game.

Langenthal were quick to joke about the unfortunate incident on Twitter.

They joked Sierre should consider some rink repairs to avoid similar accidents.

However, the incident did not damage their chances in the game as they went on to win 4-2.

They held on to fourth spot in the table with the win.

And they remain three places above Sierre.