THIS is the moment Chelsea flop Alvaro Morata somehow blocked his OWN goal-bound effort when playing for Juventus.

The Spaniard looked certain to score against Fiorentina but hilariously managed to prevent the ball going in with his own hand. 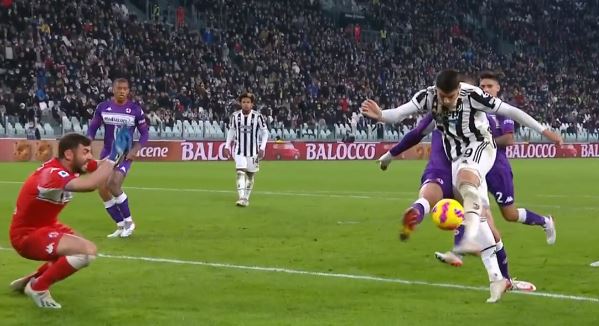 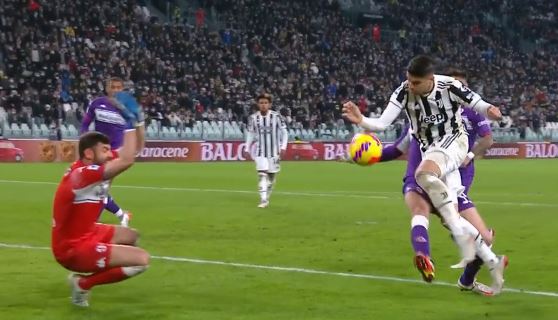 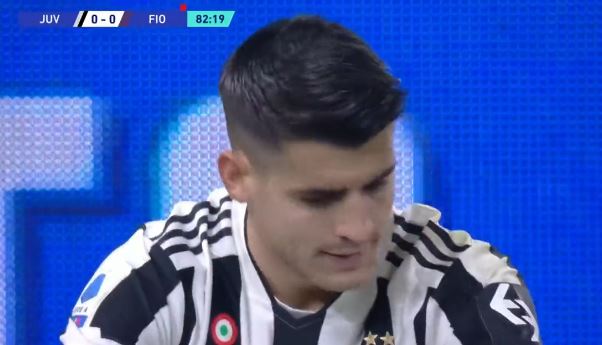 The Old Lady were chasing a late winner as the visitors – who were down to 10 men – desperately tried to cling on to a goalless draw with eight minutes of normal time left.

Juve eventually nicked a win thanks to Juan Cuadrado's effort in the second minute of stoppage time.

But many fans were still talking about Morata's gaffe long after Saturday's clash had finished.

The former Blues man, 29, found himself through after Paulo Dybala's chipped through ball.

He bore down on goal and looked certain to slam home from close range with his left foot.

But then it all went wrong.

The ball would not quite sit for him as he shaped to shoot which allowed former Manchester City defender Matija Nastasic to get close enough to attempt a tackle.

And as the Serbian lunged, Morata tried to hook the ball up and over the onrushing Fiorentina keeper Pietro Terracciano.

But Nastasic's tackle saw him fall off balance and he kicked his resulting effort into his own hand.

The ball appeared to stay in play as Morata called for a penalty but the ref blew his whistle and awarded Fiorentina a free-kick for handball.

There was a mixed reaction from fans online.

Andrew said: "Modern footballer summed up in one video… goes down under a fair challenge whilst handling the ball & then claims he’s the one who’s been fouled.

"He then looks on with shock as a free kick is awarded against him!"

Cieran added: "That is such a Morata thing."

And Danny chimed in with: "At least he was onside for once."