DANNY DRINKWATER was sent-off for Chelsea Under-23s on Monday night for kicking out at Tottenham youngster Alfie Devine.

In a thrilling Premier League 2 encounter, Spurs raced into an early 2-0 lead. 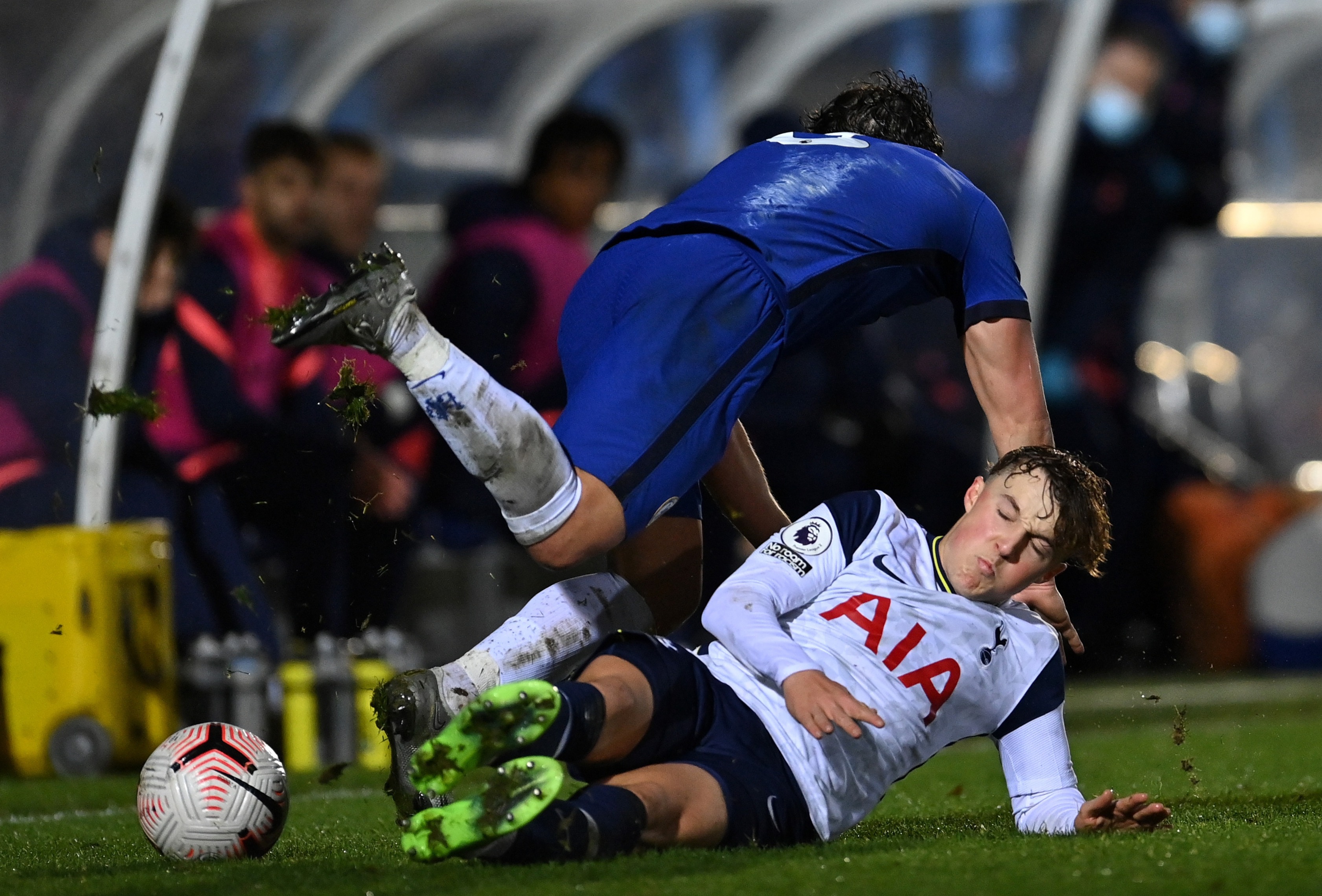 But goals from Myles Peart-Harris and Marcel Lewis saw the Blues fight their way back to 2-2.

With a little over 15 minutes left in the game, Tottenham youngster Devine, 16, launched himself into a horrific two-footed tackle on Drinkwater.

The former Leicester star – 14 years Devine's senior at 30 – was left in a crumpled heap on the floor.

But as Devine attempted to run off with the ball, Drinkwater – who cost Chelsea £35million in 2017 – kicked out at the Spurs man, sending him flying to the turf.

Players from both sides quickly took exception as they squared up on the pitch, with tempers boiling over.

Both players were shown a straight red for their ugly actions.

Drinkwater hasn't played for Chelsea's senior side since March 2018 and was left out of the 25-man Premier League squad for 2020-21.

He was loaned out to Aston Villa and Burnley last season, but failed to replicate his top form and was even involved in a horror nightclub brawl in September 2019.

Elsewhere in the thrilling 3-2 PL2 win for Chelsea's Under-23s, Petr Cech was given a shock start.

The goalkeeper, 38, hasn't played since the 2018-19 season but was named in Frank Lampard's 25-man Premier League squad.

Filling in for the rested Lucas Bergstrom – who played for the Under-18s on Saturday – Cech made an error with his first touch.

The veteran stopper played a pass straight out for a corner, with Spurs taking the lead from the resulting set-piece.

Cech conceded 15 minutes later, but managed to keep Tottenham at bay from then on to ensure the Blues completed an incredible comeback.

The win moved Chelsea top of the PL2 table, ahead of Manchester City by one point ten games into the 2020-21 season.