CONOR MCGREGOR has once again showcased his blistering power ahead of his trilogy fight with Dustin Poirier.

The UFC's poster boy is currently in the early stages of preparing for his rubber match with fan favourite Poirier. 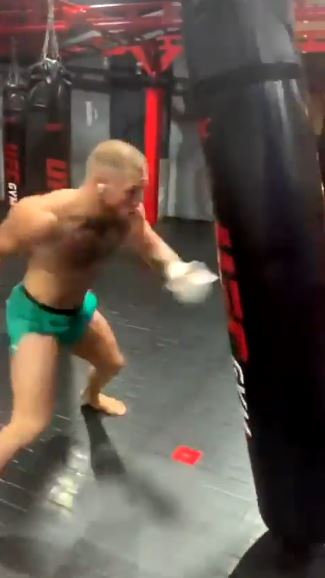 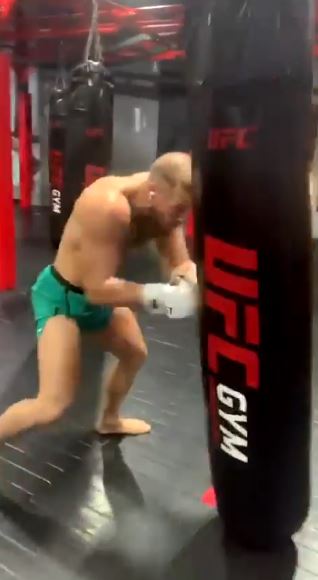 McGregor has been getting in a number of training sessions at the UFC Gym in Dubai, where he recently showed off his ferocious body shots on the heavy bag.

Early on Friday morning, he tweeted a video of himself throwing heavy hooks on the UFC Gym-branded bag.

The accompanying caption read: "Since switching out my old boxing gloves for these @McGregorFast gloves my wrists and hands have been rock solid!"

Fight fans were quick to comment, with one saying: "Looking good."

And another said: "I feel like if you add the body shot to your arsenal it will do terrible damage."

One remarked: "He looks strongggg! I feel a comeback happening."

McGregor's rubber match with Poirier will serve as the main event of UFC 264, which will take place at Las Vegas' T-Mobile Arena.

The Irishman suffered a devastating second-round KO defeat to the former interim lightweight champion at UFC 257 in January.

The 32-year-old is hellbent on exacting revenge on Poirier, telling ESPN after the official announcement: "I signed my bout agreement this morning.

"The Mac is back in Sin City! Full house!"

Should McGregor win his series decider with Poirier, his manager – Audie Attar – reckons a third crack at the lightweight title should be in the offing.

"I think this truly becomes a No1 contender fight.