SHOCK US Open winner Emma Raducanu has risen 127 spots in her world ranking, going from 150th to 23rd after her incredible victory in New York.

The tennis star's reaction to finding out her new ranking is priceless, as she was filming a post-match interview Amazon Prime when she was told the news. 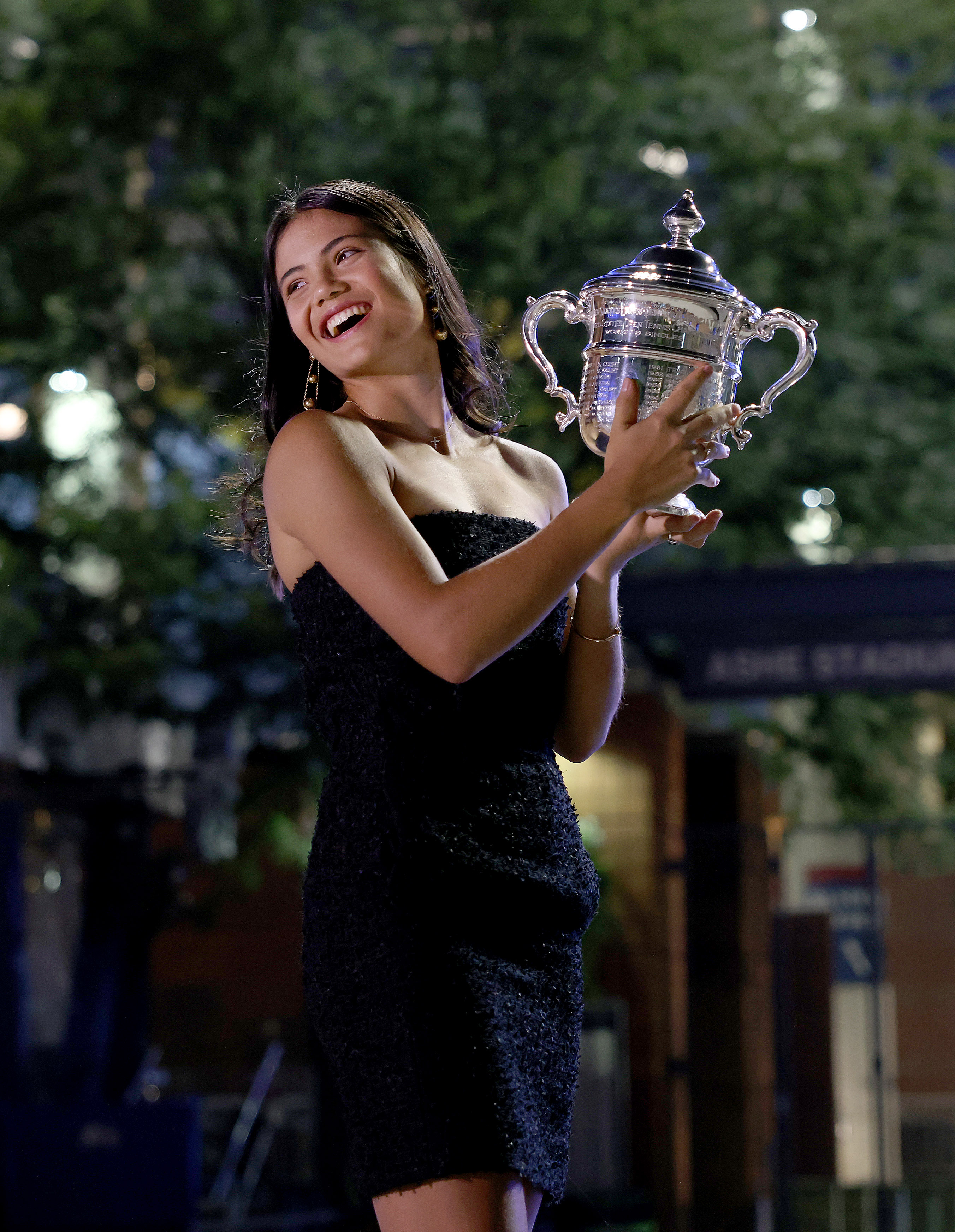 "Never did I think that when I came here to New York that I would walk away with the title.

"We were joking about making it a three week stay here, but it actually happened and I think the key to that has been focusing on one point at a time.

"I haven't gotten ahead of myself in any moment in any of the matches and that's something I'm extremely proud of.

"To think that a little girl or a little boy will pick up a tennis racket because of watching one of my matches or watching that match we just played, it's pretty incredible.

"I just want to do my best and set the best example I can."

"I had no idea that's what my ranking went to. Two months ago, three months ago I was in an exam hall.

"I just really want to enjoy the moment and cherish every single second of this day, because it's the best day ever."

Her win in New York also makes her the new British number one, taking over from Johanna Konta, who has occupied the spot since October 2015.

Raducanu was ranked at 345 at the start of the year, but shot to fame after coming out of nowhere to reach the fourth round of Wimbledon this summer, which propelled her to number 179.

She earned 2,040 points from her triumph at the US Open after winning the tournament without conceding a single set, even after coming through qualifying to reach the main draw.

Raducanu's new ranking also means she will get automatic entry into major tournaments without needing to qualify, which means we'll be seeing a lot more of her on the world stage in the future.

The teenager from Bromley has gone from sitting her A-Levels to winning her first Grand Slam in just a matter of months and will likely next compete at the Australian Open in January 2022.

Leylah Fernandez, 19, who was beaten by Raducanu in straight sets in the final of the US Open, has also gone up in the world rankings, going up an impressive 45 places from 73 to 28.