TALKSPORT pranked Jack Wilshere with a hilarious ruse to trick him into wearing 31 football shirts. 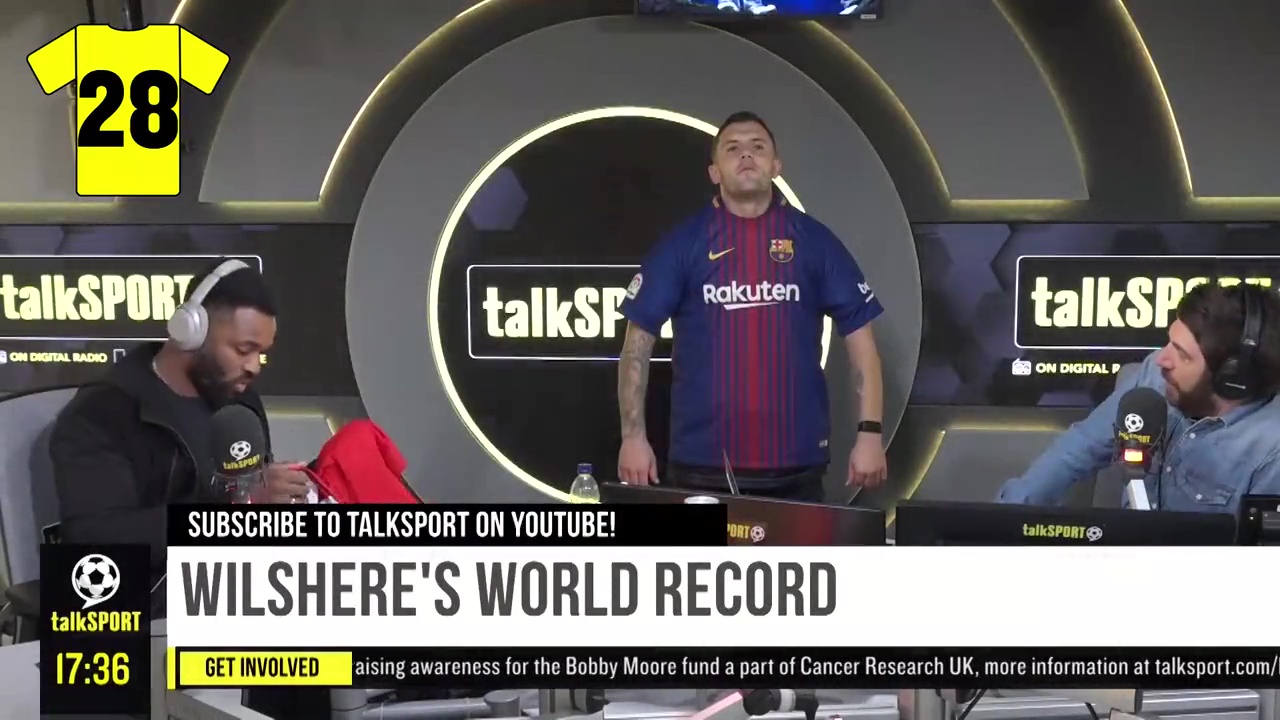 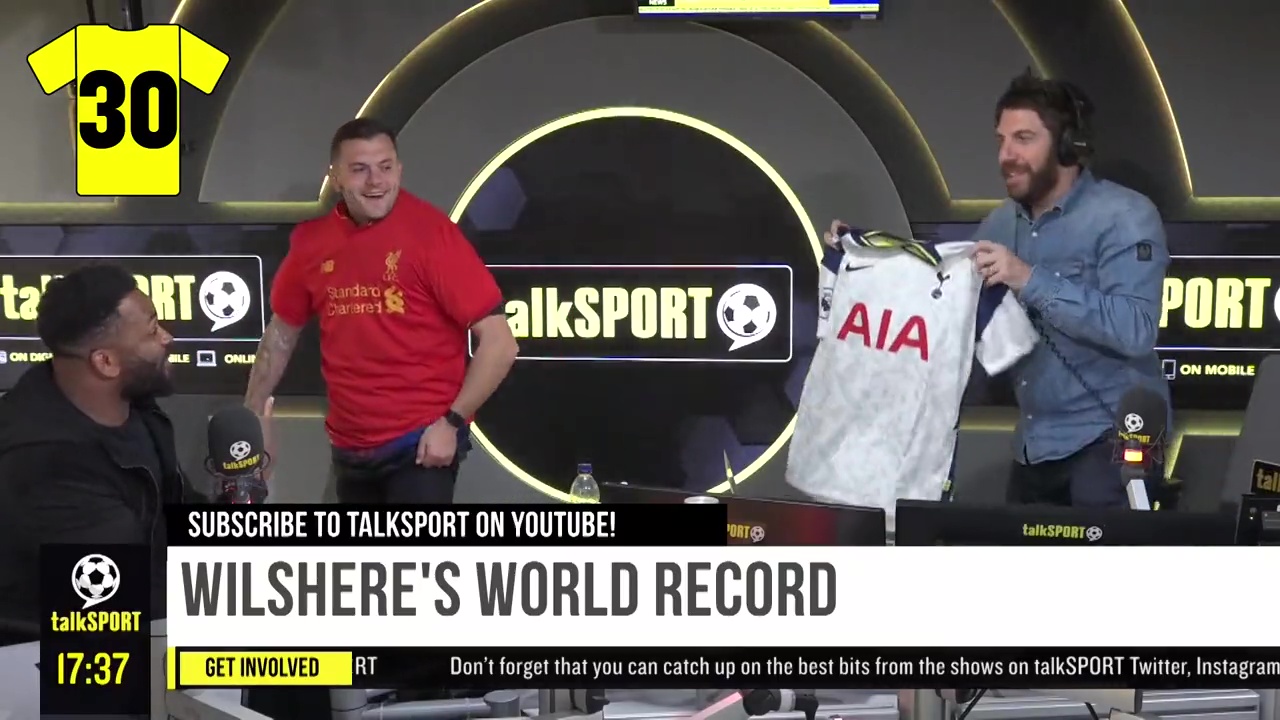 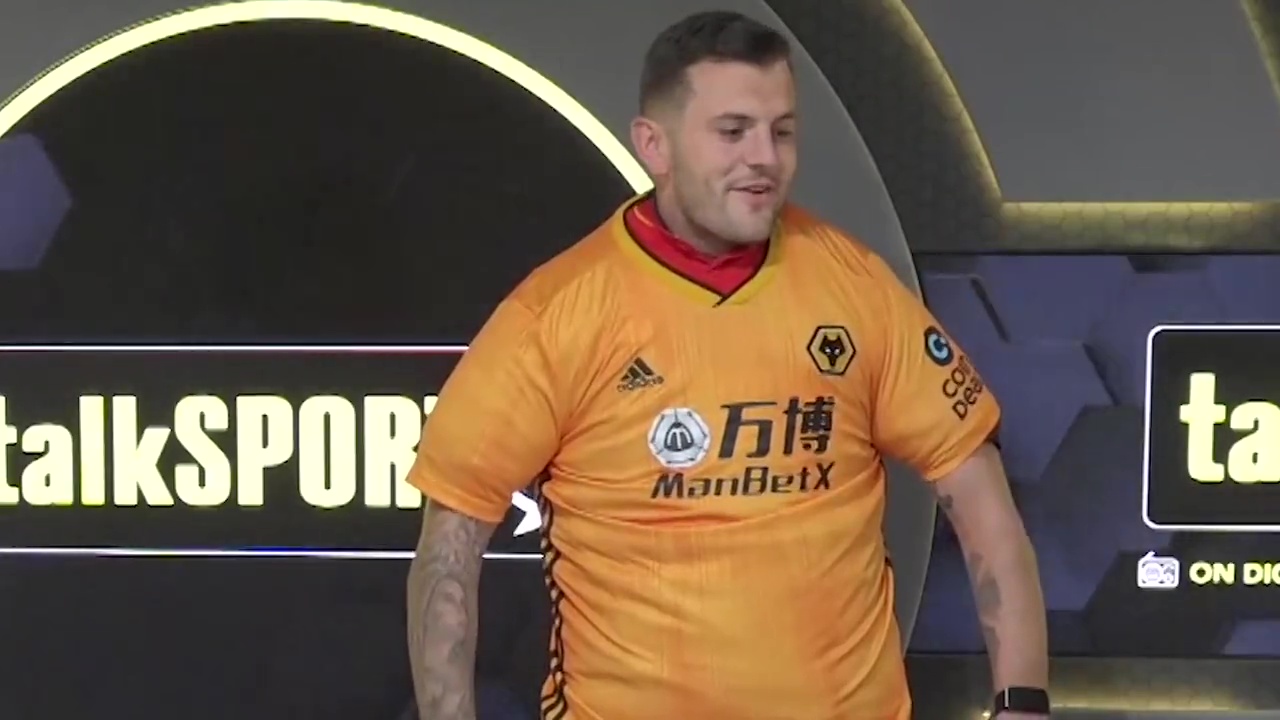 Wilshere, 29, wore an array of team shirts, including a Lionel Messi Barcelona jersey and an Arsenal top.

The former England star then hit 30, needing one more to break the 'record'.

And when Goldstein presented him with a Tottenham shirt, it is fair to say Wilshere was not pleased.

He immediately backed away from the strip and flat out refused to put it on, even though he would have completed his challenge.

Goldstein even asked Wilshere how he felt about becoming a history-maker before revealing the bad news.

Wilshere's face said it all when he found out and he knocked over a bottle of water before shaking his head in disbelief.

He then said: "Are you mugging me off?"

For one last laugh Wilshere was then given a huge England shirt – the former midfielder put it on and it was so big his arms did not even reach the ends.

Goldstein at this point was in fits of laughter and he cried out: "Jack you look like a wizard!"