THIS is the moment Bernardo Silva produces a magical run in Manchester City’s Premier League clash at Liverpool. 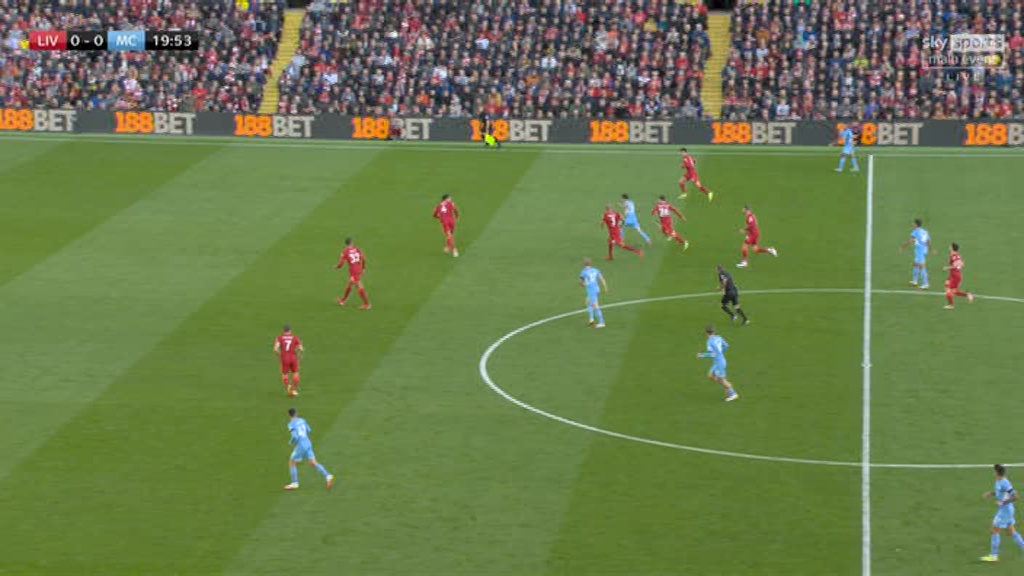 And Silva even left giant defender Virgil van Dijk on the floor before teeing up Man City team-mate Phil Foden.

Silva picked up the ball in his own half in the 20th minute before driving forward.

Despite being surrounded by as many as three Liverpool players, Silva left them for dead with a brilliant 360 spin before ploughing forwards again.

He then came up against Van Dijk, regarded by many as the world’s best defender.

But instead of panicking, Silva calmly drifted inside with a sharp twist, leaving Van Dijk tripping up over his own feet.

Silva then picked out Foden on the left wing with a snappy pass.

But the England ace was denied the chance to finish off the move as his effort was saved by Alisson.

Bernardo was strongly tipped to leave Man City over the summer.

But despite staying, Pep Guardiola fears the playmaker may yet seek an exit.

He said: “All I want is for Bernardo to be happy, here or anywhere.

“All I want is his happiness because he’s a guy that deserves the best.

“He’s so intuitive. He was an incredible signing for us because he’s an exceptional person.”