RONALDINHO and Romario show they’ve lost none of the sublime skills as they enjoy themselves at a Rio de Janeiro beach tournament.

The retired stars wowed the crowds and showed their appreciation for each other with high fives and hugs – despite being rivals on the day. 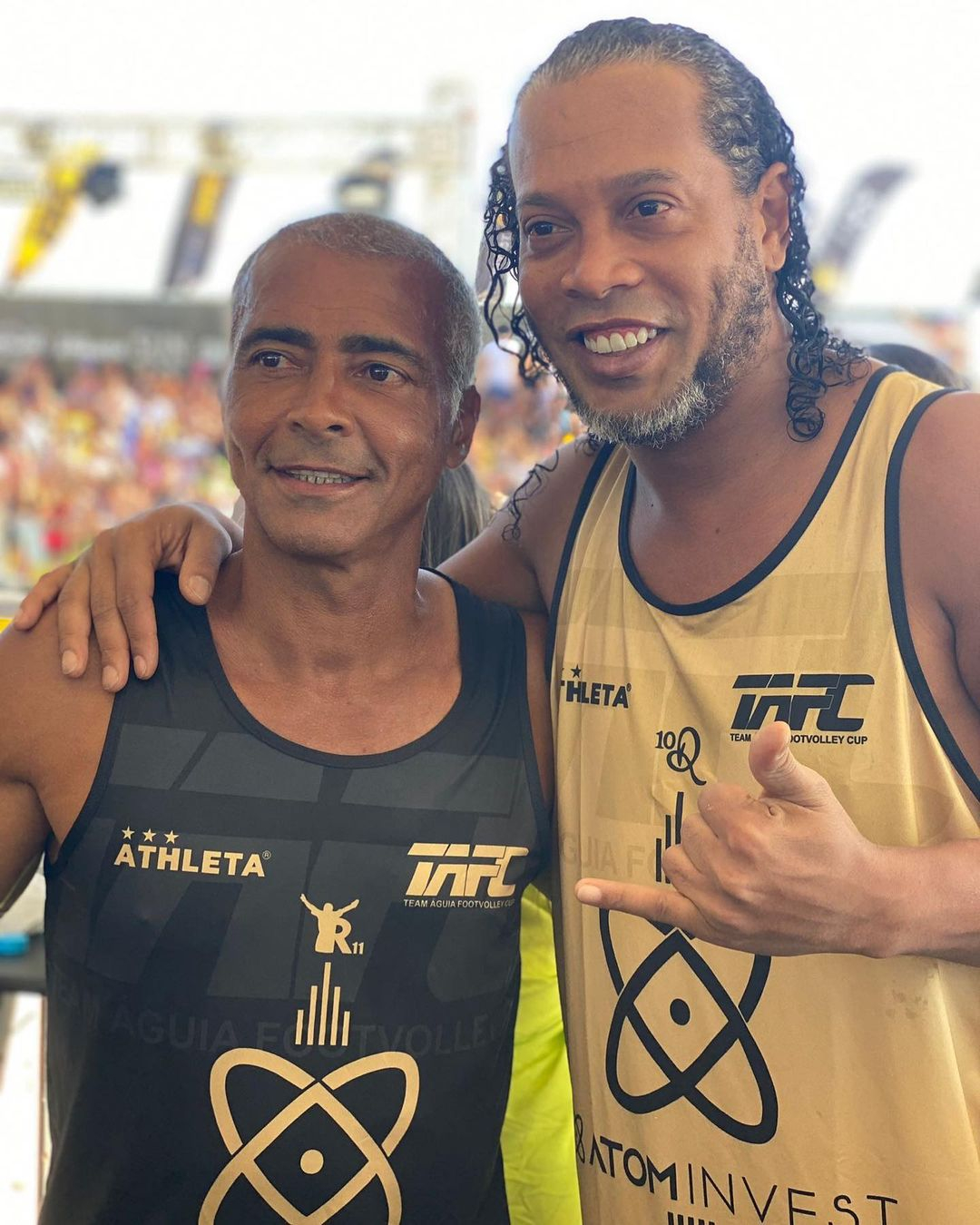 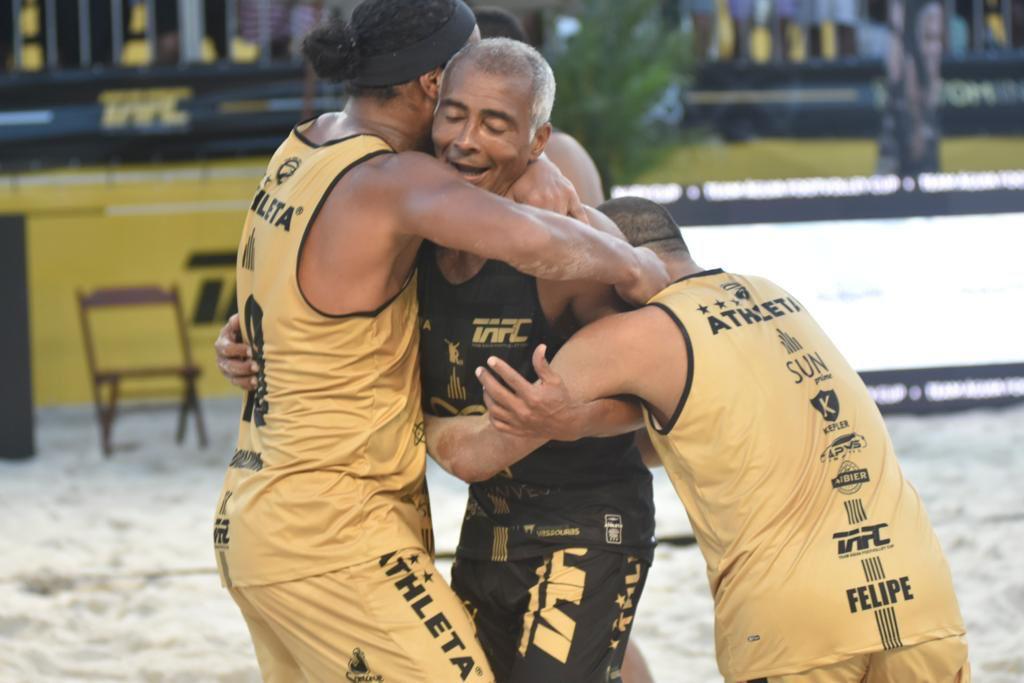 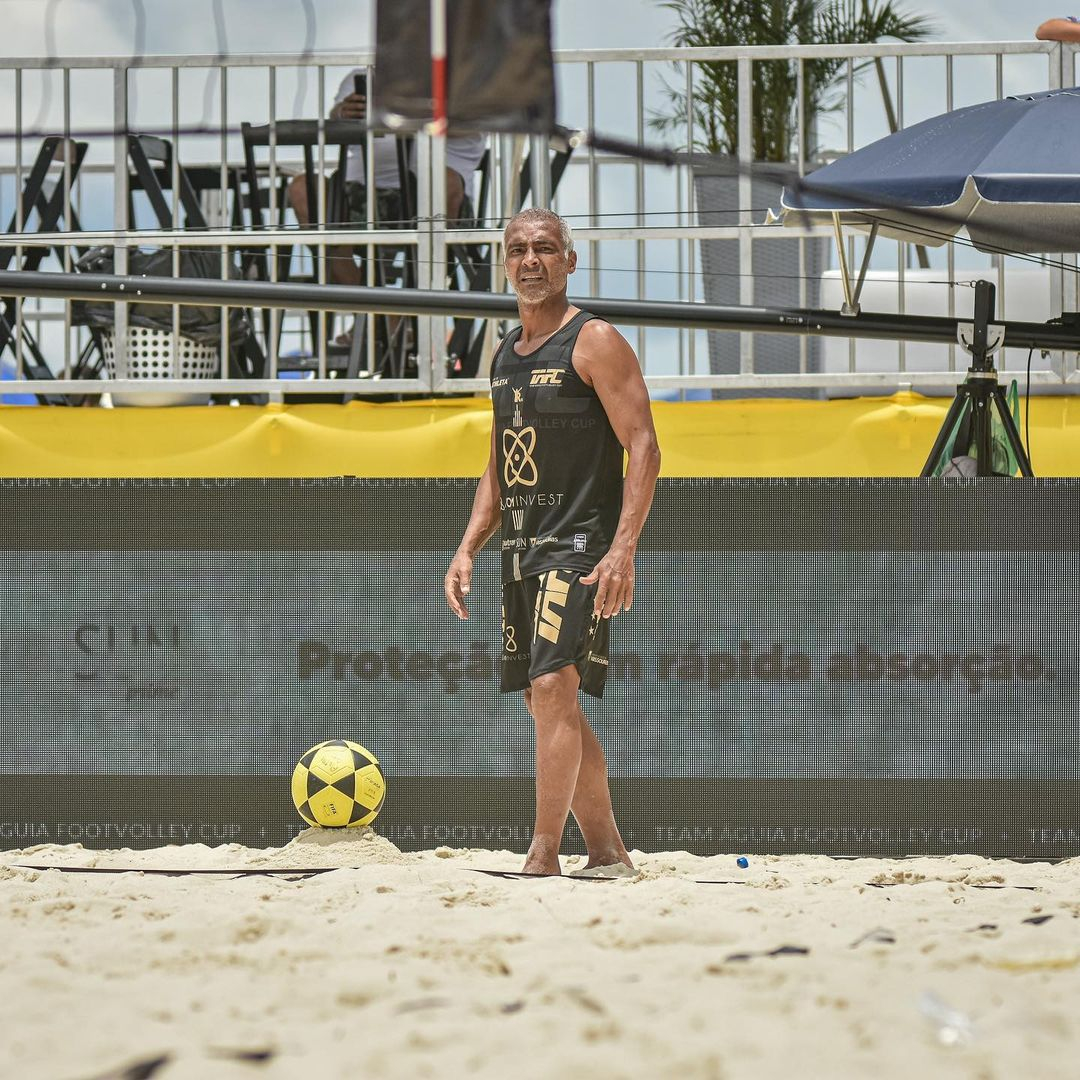 Barcelona legend Ronaldinho, 41, displayed one of his trademark tricks by looking away before trying to surprise the 55-year-old Romario with a kicked-in serve.

Ronaldinho’s team-mate even went down on one knee to hero-worship him after the ex-AC Milan striker set him up for a winning point with a mid-air flick.

But Romario, now a politician in Brazil, had the last laugh as he and his partner took victory in the footvolley match.

The scenic beach setting near Rio’s iconic Copacabana beach was a world away from the Paraguayan prison where Ronaldinho was pictured playing footvolley in March last year.

The two-time Ballon d’Or winner practiced the sport to let off steam while he was in custody following the fake passport scandal that led to his arrest.

Ronaldinho, who was allowed to fly back to Brazil in August last year, said he was keen for a rematch as he posted footage on his Instagram account.

He wrote next to a photo of him hugging Romario: “It was a pleasure to participate and it’s always a joy and an enormous pleasure to see you my bro. When do we play again?”

Romario also wrote on Instagram: “A legendary duel which could only finish with a marvellous moment like this.”

Afterwards they heaped praise on each other with Romario calling Ronaldinho a “showman” and Ronaldinho describing the legendary finisher as his idol.

Romario started his political career in 2010, when he was elected deputy for the Brazilian Socialist Party.

He was then elected senator in 2014 before switching his allegiance to another left-wing party in 2017.

After his prison hiccup last year Ronaldinho has continued to pursue his interests in music.

He was pictured surrounded by half-naked women in his first music video of 2021, recorded for a single by Brazilian rap group Tropa do Bruxo.