Forward Donnelly opened for scoring for Glentoran against Dungannon after four minutes in the NIFL Premiership match. 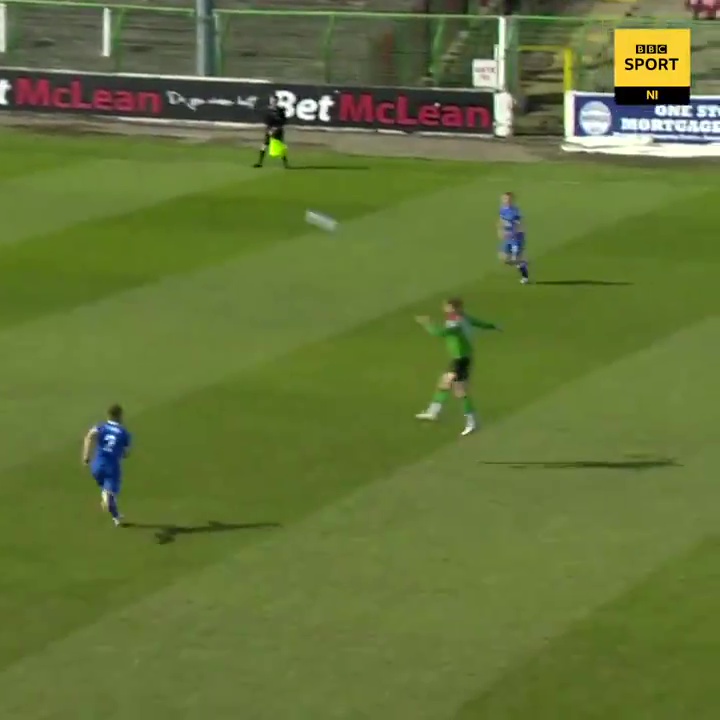 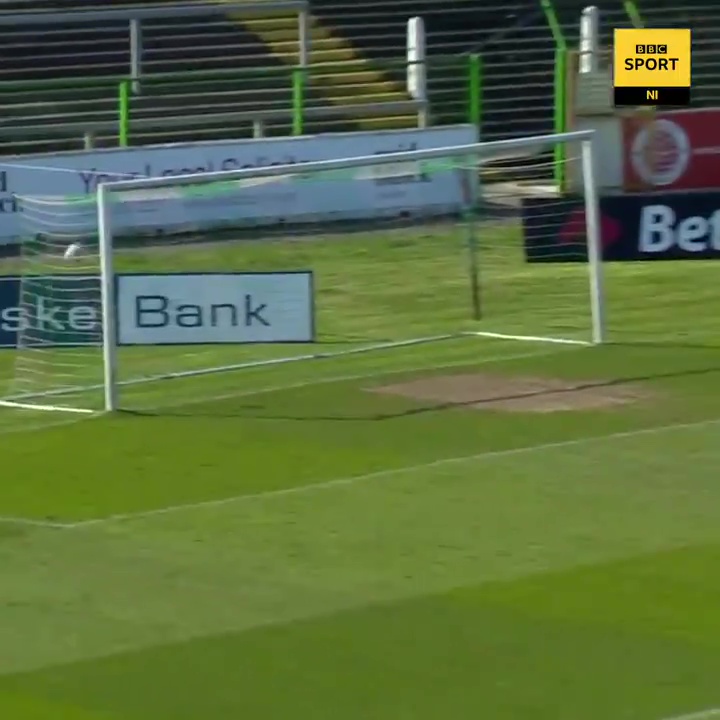 But his second on the half hour mark was far more sensational as he managed to head in from well outside the box.

Keeper Carroll rushed off his life to head the ball clear, but in doing so put it right into the path of Donnelly.

The striker did the rest as he looped it into an empty net to double the score and the lead.

Fans online were in shock by the goal as they took to Twitter to comment on Donnelly's header.

One added: "It takes a lot of skill to head the ball correctly. To do it from 35yards out is something else. Brilliant goal."

Donnelly now has nine league goals this season. His manager Mick McDermott said: "He has been excellent in recent weeks.

"He's had a run of games and he is showing the form he had for years in the Irish League.

"I always tell the players that the hardest thing to do in football is to score goals.

"If we weren't creating chances I'd be worried but we are creating multiple chances." 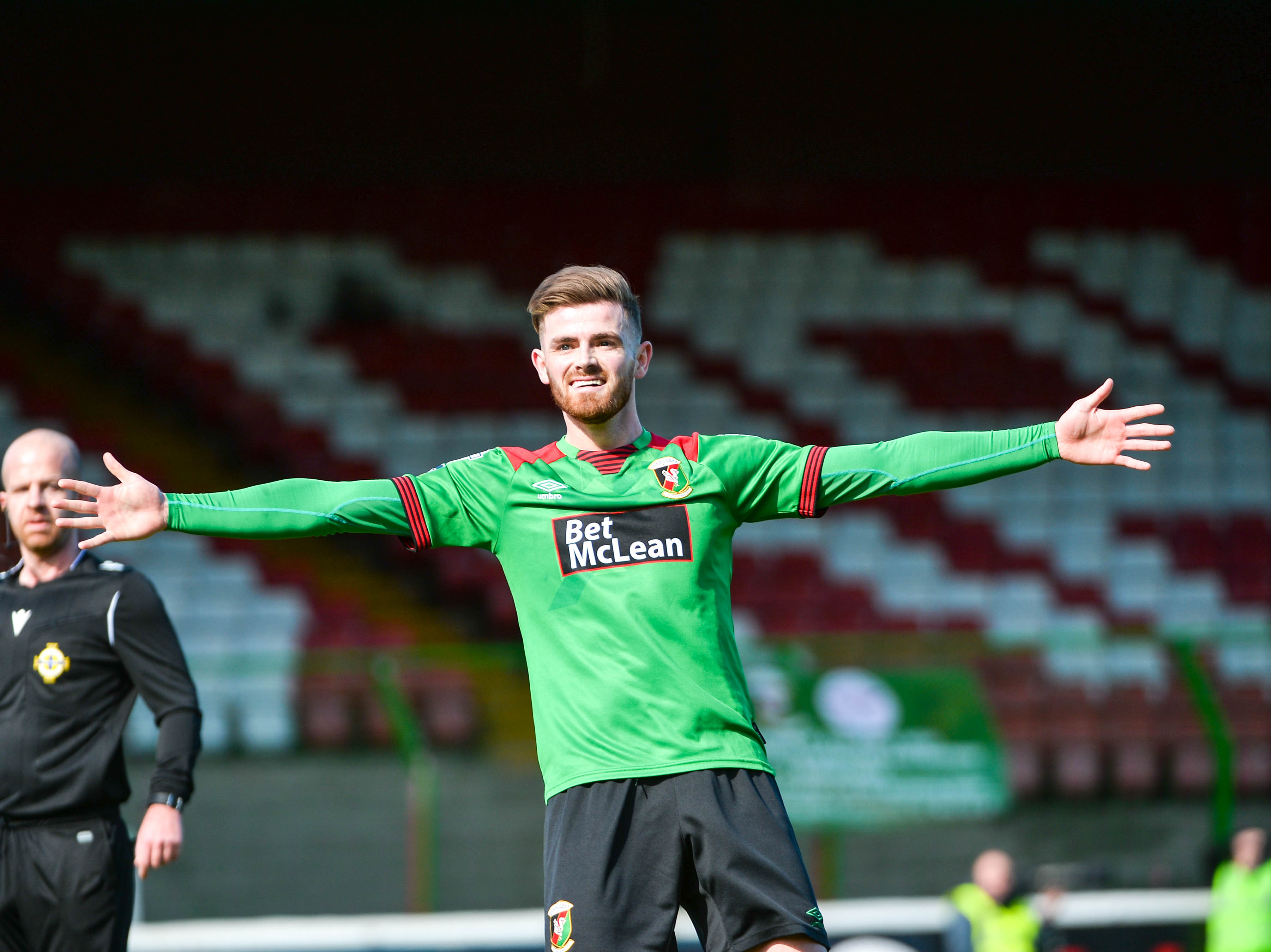