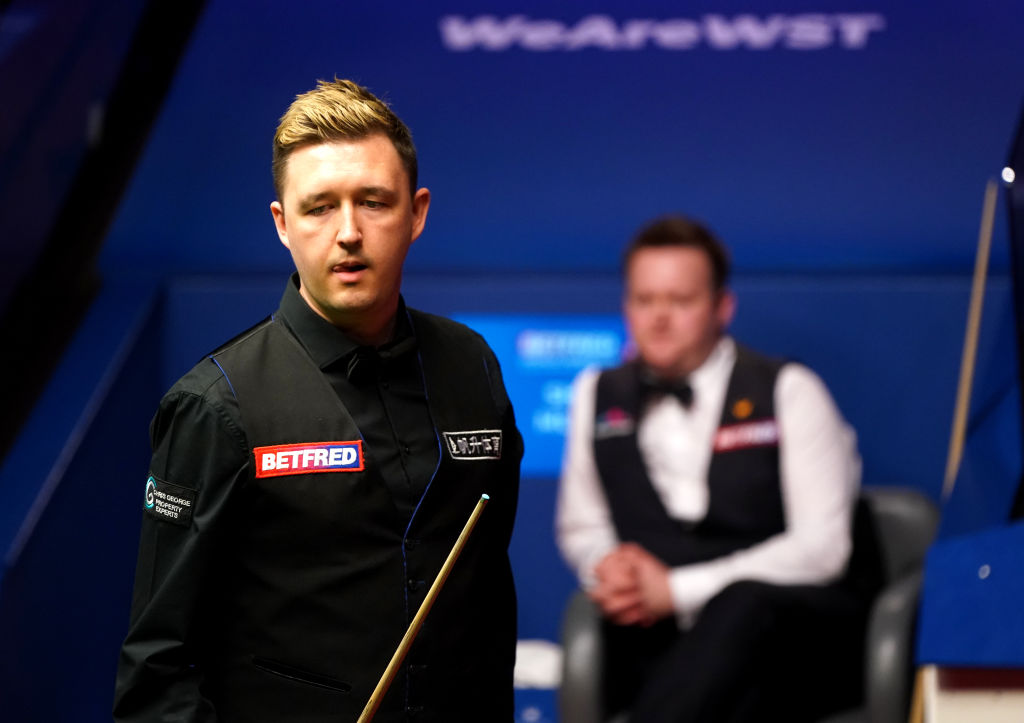 Kyren Wilson was not a fan of Shaun Murphy’s fist pumping during their World Snooker Championship semi-final at the Crucible, which Murphy came out of with a 17-12 win after an inspired performance.

Wilson had held leads of 6-2 and 10-6 but Murphy produced a monumental surge to not only mount a comeback, but go on to win the game comfortably and leave the Warrior in his wake.

After winning a number of frames, even when Murphy was still behind, he played to the crowd with a big fist pump, which really spiced up the atmosphere in the Crucible and added to the significant momentum he was building.

A disappointed Wilson was asked about the fist pumps after the match and he admitted that he wasn’t a fan, although was quick to add some kind words to a man who he has practiced with in the build-up to this event.

‘I think it looks a bit silly, it’s not for me,’ said Wilson of Murphy’s gestures. ‘Shaun’s got to do what he’s got to do to try and get to me.

‘I’m not saying it did. But fair play to him, he’s a great champion and he got on a roll.’

Murphy made no apologies for his celebrations, reminding his opponent that this is the World Championship and just the time for such actions.

‘It means so much to all of us, we talk about players who come here who haven’t won. They’re dedicating their whole lives to being out there and lifting that particular trophy, it means everything to us,’ said the Magician.

‘Fist pumps, I personally don’t have a problem with it, I think we need that in sport, I think it’s something that snooker, we don’t have that in common with other sports.

The 2005 world champion added in a post-match press conference: ‘We are in a theatre, this is a show, it wasn’t designed to annoy him in any way or put him off at all.

‘There is much more to winning major snooker events in front of live audiences than just hitting the cue ball in a straight line and putting balls in pockets, there’s a lot more going on.

‘Maybe that’s a stone that Kyren hasn’t looked under just yet.’