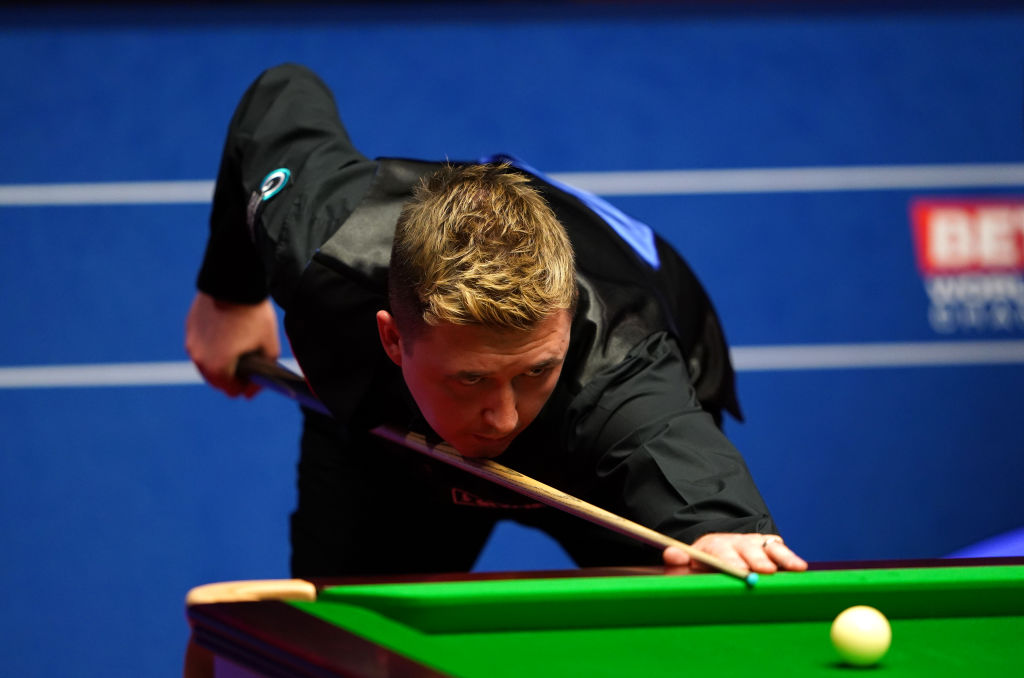 Kyren Wilson produced some of the best snooker of the tournament so far to lead Shaun Murphy 6-2 after the first session of their semi-final at the Crucible.

The Warrior produced four frames on the spin of the absolute highest quality, knocking in breaks of 110, 72, 127 and 121 consecutively in an immense display of scoring.

It was a performance that was earning him serious praise from legends of the game with Ronnie O’Sullivan saying on Eurosport: ‘I’ve not seen him play this well or look this good amongst the balls.’

Stephen Hendry added on BBC commentary: ‘You can’t strike the ball better than this.’

Thankfully for Murphy, Wilson didn’t produce that standard from start to finish or the score would be standing at 8-0, but the Magician did manage to conjure up two frames.

The 2005 world champion won the first frame of the match with a 74 and the seventh with a 71, to show that he was cueing pretty well himself.

Murphy could well have won the final frame of the session as well, having a chance to come back from a substantial deficit after Wilson made a 70.

There was a great chance, but Murphy missed a simple red, allowing Wilson to finish off the session and take a four-frame lead into Friday.

Alan McManus said on BBC punditry duty: ‘Kyren will go back to his dressing room at 6-2, exhale and say, “okay, job done, perfect.”‘