Home » Sport » With Simone Biles out, Russians take Olympic gold over US in gymnastics team final 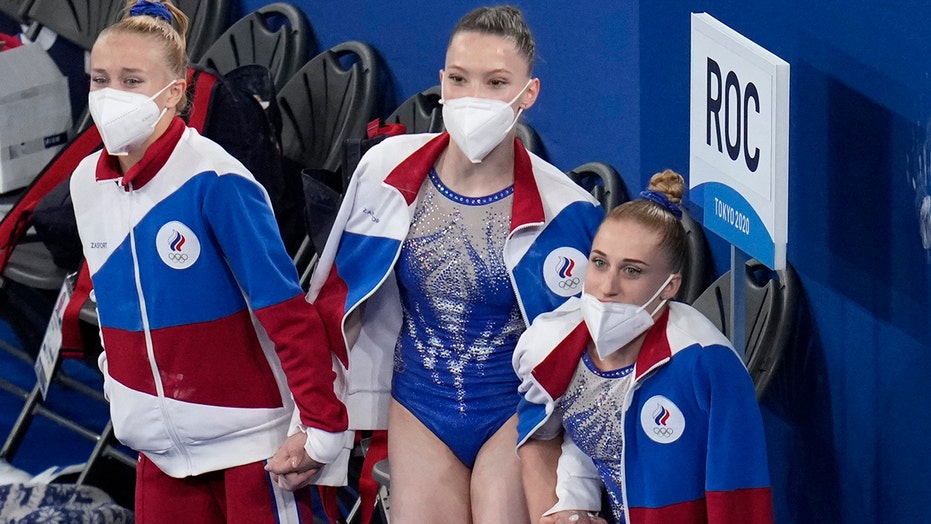 The Russian Olympic Committee upset the United States in the Tokyo Olympics women’s gymnastics team final Tuesday amid Simone Biles dropping out of the event due to a “medical issue.” 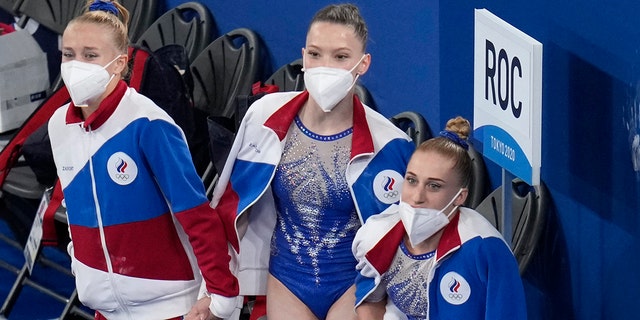 Teammates Liliia Akhaimova, right, Vladislava Urazova, center and Viktoriia Listunova watch the performance of Angelina Melnikova of the Russian Olympic Committee as she performs on the floor during the artistic gymnastics women’s final at the 2020 Summer Olympics, Tuesday, July 27, 2021, in Tokyo. (AP Photo/Gregory Bull)

Melnikova would outdo her Russian teammates in the uneven bars with a score of 14.933 but it was American Sunisa Lee who led the way in the event with a 15.400.

In the third rotation, the U.S. got strong performances on the balance beam from Lee and Jordan Chiles. Viktoria Listunova led the ROC with a 14.333.

It came down to the floor routine in the fourth rotation for both the U.S. and the ROC. Despite a valiant effort from Lee and Grace McCallum, it was Listunova who led the way with a 14.166 and put the ROC over the top in the team competition.

The Russians won silver at the 2016 Olympics, losing to the U.S.

The Americans’ performance was overshadowed by Biles’ scratch. 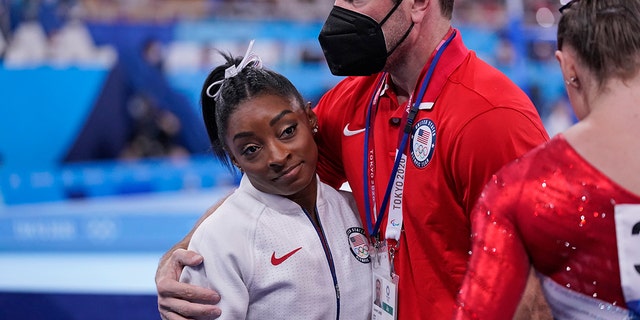 Coach Laurent Landi embraces Simone Biles after she exited the team final with apparent injury at the 2020 Summer Olympics, Tuesday, July 27, 2021, in Tokyo. The 24-year-old reigning Olympic gymnastics champion Biles huddled with a trainer after landing her vault. She then exited the competition floor with the team doctor. (AP Photo/Gregory Bull)

The U.S. superstar dropped out of the team final after appearing to falter during the vault competition.

“Simone Biles has withdrawn from the team final competition due to a medical issue. She will be assessed daily to determine medical clearance for future competitions,” USA Gymnastics said in a statement.

There were mixed messages about her absence, with the Olympics broadcast team initially reporting a “mental health issue” as the reason why Biles had dropped out.

It’s unclear whether Biles will compete in the individual competitions.