Home » Sport » World's most expensive XI worth £1.5BILLION according to transfer values and includes Salah, Sterling and Alexander-Arnold

THE world's most expensive XI is worth an eye-watering £1.5BILLION, a study of transfer values can reveal.

Incredibly, there are no fewer than SEVEN Premier League stars in the priciest line-up in the world, including Mohamed Salah, Trent Alexander-Arnold and Raheem Sterling. 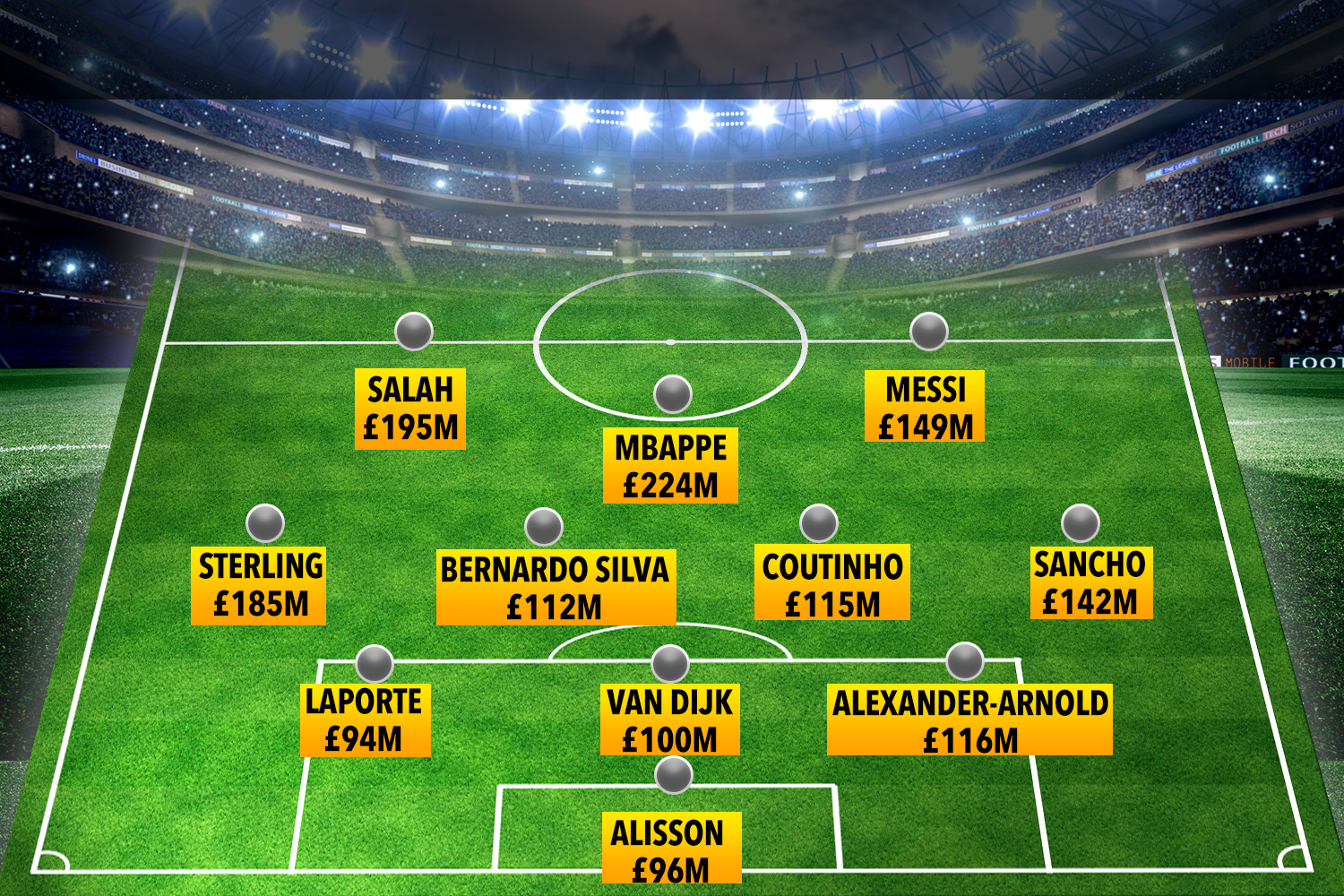 There would be even more if not for being limited by competition for places in the line-up, including Sadio Mane, Harry Kane and Roberto Firmino.

However, they miss out owing to having more expensive stars playing in their position, according to data from CIES Football Observatory.

Their research takes into consideration such factors as age, form, contract length and international appearances.

In goal, Liverpool star Alisson takes home the prize of most expensive stopper on the planet, valued at £96million – in what would easily be the record fee for a No1.

Kylian Mbappe is the most expensive player in the world according to CIES' numbers – at a staggering, would-be world-record £224m.

The Paris Saint-Germain superstar is joined by Salah (£195m) and Messi (£149m) in a devastatingly talented forward trio.