WWE star Chelsea Green broke her arm on a nightmare debut on SmackDown and needed to be rushed to hospital afterwards.

The beautiful 29-year-old has been making waves on NXT in recent months. 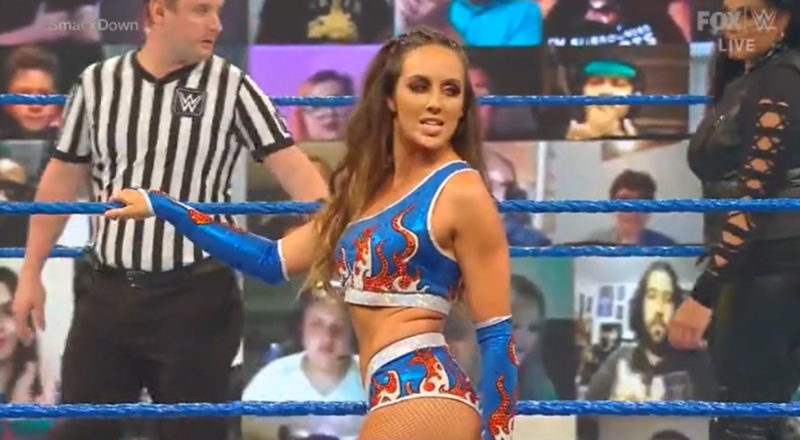 That led to a surprise bow on the blue brand last night – but her big night ended painfully.

Green was a shock entrant in a Fatal 4-Way match to determine a spot on the SmackDown’s women’s team at Survivor Series.

But she spent almost no time at all working during the bout after suffering the devastating blow.

Liv Morgan, another competitor in the clash, dropkicked the newcomer off the apron and crashing to the floor.

Green then spent the remainder of the contest on the outside, seemingly selling the move.

However, it now turns out she was not pretending to be hurt, she really was in pain.

That is according to WWE, who reported soon afterwards she was taken to a nearby hospital for further evaluation.

Green then shared a snap off herself laid up in bed at the medical facility.

And she captioned it with: “Just another twist in my @wwe story tonight!

“If you wondered where I went after my entrance, here’s your answer… another broken arm.

“Nothing I haven’t dealt with before! I’ll be back before you know it!”

It is a devastating blow for Green.

She suffered a similar injury on her NXT bow but she bravely battled back from that and seems intent on doing so again.

It remains to be seen how long this latest setback will rule her out for. 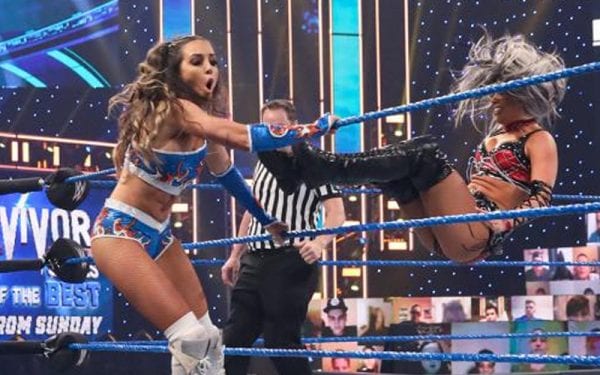