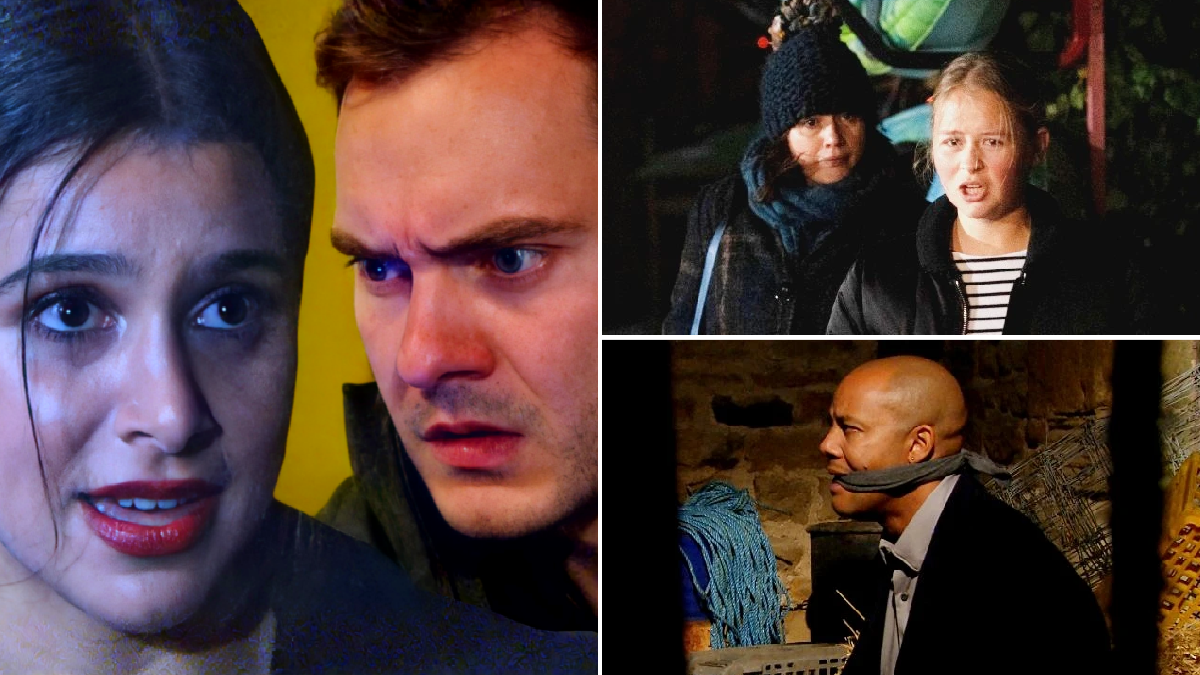 Huge discoveries are made in an Emmerdale week that promises to change EVERYTHING!

Ben, meanwhile, is fired up over being blamed for the survival challenge disaster, and thus he breaks into HOP to find some evidence, and he stumbles upon the body cam footage.

He’s horrified, as he sees Meena Jutla (Paige Sandhu) attempting to drown Victoria Barton (Isabel Hodgins)! He calls Billy Fletcher (Jay Kontzle), urging him to come to the HOP, but little does he know Billy is with Meena, who overheard the mention of potentially incriminating evidence.

Later, he hears a noise at HOP, and it turns out to be Liv, who’s smashed bottles, stealing booze from the Hide. Little do they know, however, they’re being watched by another intruder!

It’s Meena, and she reveals herself to Ben, much to his shock. She lunges to grab he camera, but Ben makes off with it. Meena gives chase, but slips in the wine that was spilled earlier, ending up unconscious on the floor.

It’s all kicking off in the village next week, and if you’d like a little taster of what’s coming up then check out our galley below.